Pete and Heikki are the core of Automatic Eye, a band that is growing steadily fast in the Finnish and international music scene. They recently won the Award to the new best act of 2008 by Ylex-radio and have participated last week-end at the Eurosonic festival in Holland. And opposite to the Finnish stereotype, they run away from depressing feelings and fake humbleness to offer just tones of good vibe. Pete attended the questions of FREE! and both guys answered a short Q&A where you can discover more about their music, their drinking beer habits or the opinion after kissing another man. 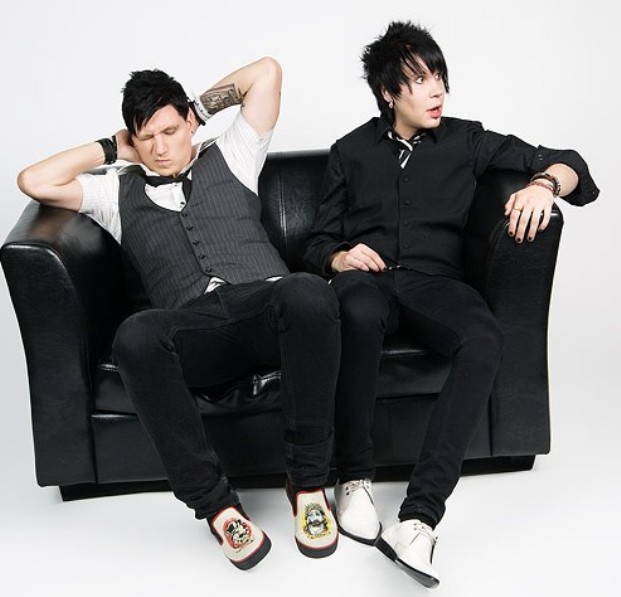 Hello Pete and thanks for being so kind to answer the questions. So can you tell us a bit more about how you started playing music, and how you got to know each other?

No problem! We had been playing in several small bands before Automatic Eye, and actually we met each other from a mutual group we played for a really short while. We decided to establish this band and here we are now, happier than ever!

You both are the core of Automatic Eye, but do you usually play with the same musicians (at MySpace appear TommyGun, Y and Niko) or do you change them often?

We’ve been playing with the same guys for about 1, 5 years. They are like band members for us, there’s no need to change them.

How would you describe in a couple of sentences to the readers what they can expect when listening to your debut album Don’t let the past come between you and your happiness?

Songs with catchy melodies, I could say that chorus is our god and I believe I’m not typing a wrong answer with that sentence. The album is not too “Finnish”; with this I mean the dark melancholy style we usually have here. On our debut we try to explore the positive and the “happier” side of the music and hopefully succeeding with that.

It is weird, we are Finnish but not too humble" -Pete from Automatic Eye-

And about the title of the album, do you feel often trapped by your past actions?

Yeah, used to. The album is an escape from thinking about the past things you’ve done in your life. It’s so easy to spend your energy worrying about yesterday rather than seeing all the opportunities of tomorrow.

You have recently won the prize for “New Act of 2008” given by Ylex-Radio. Were you expecting that your first album was going to be so well received?

It’s always a really big honor to receive a prize that is a result of a vote; feels really great to be recognized with something like that. The first album has given us a lot of opportunities by so far and hopefully we’ll get more in the near future as well. I could say that we expected some kind of success with the album, (yeah it’s weird, we’re Finnish but not too humble) and here we are pretty well reaching our goals.

You are playing this week in The Netherlands at the big Eurosonic festival that gathers many new bands from all over Europe. Is just another gig more for you, or do you think that could give you much more media attention and promotion? (And in case you answer this after participating at the festival, just let us know what your impressions about it are)

The Eurosonic-festival is a great opportunity for us. We’re gonna play a kick ass-show there and hopefully we’ll receive more gigs and other attention with our performance in there. The guys with suits are responsible for all the other stuff.

If I am not mistaken, you have played abroad before, in Japan in 2006. How was the chance to go there? How was the Japanese audience?

I lived in Tokyo for a year and got to know the local scene a bit. We were asked to play on a small indoor-festival in there and of course we went. It was an amazing show, audience was fantastic and the whole trip there was fantastic.

Finland seems to live on a golden age for heavy metal bands, but also indie pop-rock seems to be in a very good moment. It seems that every one of three young guys plays an instrument in a band. Are you happy with the actual situation, or do you think that there is too much competence for a relatively small market as the Finnish music market is?

Yeah, help yourself during the dark winter and download our first single “Away From Sunshine” for free!  http://www.last.fm/music/Automatic+Eye

FREE! Q&A with Pete and Heikki

Favorite concert you have recently watched?

Is there any Finnish band you would love to share stage with?

And any Finnish band you would hate to share stage with?

No matter the genre if the people in the band are great. Hate to share the stage with bands that are assholes. 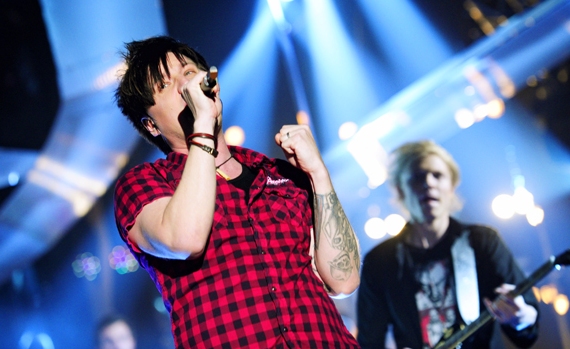 When you are not working on your music, what hobbies do you enjoy?

Who drinks more beer of the 2 of you?

This is a tough one. I guess that in the end we can’t remember. Someone has to come to judge some weekend!

What is the craziest thing you have done being drunk?

I’m a bit exhibitionist… like to be naked in various places. Yeah, one more thing with almost quoting Katy Perry’s words: “I kissed a man but I didn’t like it”

What is the most embarrassing thing that happened to you backstage?

Rather not tell that…

If you have to choose, do you prefer spending time in a bar or in a summer cottage?

I would take the bar to the summer cottage

Favorite concert you have recently watched?

Bon Jovi at Stadium, Helsinki or Foo Fighters at Provinssirock

Is there any Finnish band you would love to share stage with?

And any Finnish band you would hate to share stage with?

Everybody has their own style, so no.

When you are not working on your music, what hobbies do you enjoy?

Partying, ice hockey, football and writing. But everywhere I go music is always there with me.

Who drinks more beer of the 2 of you?

I think we are both pretty talented on that one. But I think Pete wins, cause I usually lose my memory after 14-15 beers. Sad thing.

What is the craziest thing you have done being drunk?

I thought I was telling jokes with Bob Marley in Spain. But it made more sense when I was drunk.

What is the most embarrassing thing that happened to you backstage?

There was some sound-technician and me. The rest is history…

If you have to choose, do you prefer spending time in a bar or in a summer cottage?

Make a guess… Yes, ten points. Bar – Cause every day is a happy day at Molly Malone’s.