Interview with Ari Koivunen and Ben Varon of Amoral

{mosimage}If there has been a piece of news that shocked the foundations of Finnish metal scene during the last months, it was the union of Ari Koivunen, ex former winner at the Finnish TV show Idols, with Amoral. Many old fans saw this as a deception, but for many others, this is a clever step that can open many more international borders to the Finnish metal heads. FREE! Magazine had the chance to make an interview in English with Ari himself and Ben Varon, guitar player of the band. Do not miss it, because these guys do not hold their tongues with any kind of question!

Thanks for your time guys. You have a new album released this summer, Show Your Colors. What can you tell about it for a person who a virtual fan who would still not have listened to any track from it?

Ben: Hard rockin´ & fast lovin' melodic, groovy metal with a huge dose of rock n' roll, big choruses and catchy tunes. If you're a metal head, this album could get you into rock music, and vice versa.

Ari: Ben said just about all. I think it's a good mixture of technical metal riffs and hard rock vibes with a huge melodic edge. 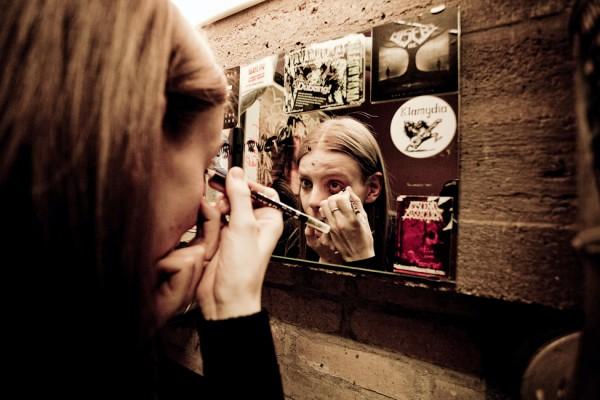 Niko leaving the band has been an important turning point. Was it a shared decision between him and the band, or what were the reasons behind it?

B: It was 100% Niko's decision, and the news was as much of a surprise to us as it was for our fans. Apparently he just wasn't feeling the burn anymore, wasn't willing to commit to the band as much as necessary and didn't like the hectic pace we were used to. So we think he did the right thing by stepping out and letting us continue with full force.

Everybody in Finland knew Ari from Idols, but how the idea of joining forces took place? Did the members of Amoral and Ari know each other beforehand?

B: we knew each other a little bit, Ari had been to some of our shows, and we'd end up at some after parties together. So we knew he was a cool guy. Ari had heard about Niko's leaving, and offered to try out for the job. We didn't think he was serious first, but he kept reminding me to give him the audition. So we did. And it went good!

A: Yeah, I've been a fan of Amoral for several years so even to go and auditioning with the guys was cool. I've been a fan of death/thrash metal since I was about 7 years old so that is always close to my heart even I enjoy older hard rock and melodic metal as well.

It has been a challenging and risky decision. I suppose from one hand, for many old fans of Amoral, this change could have been too drastic. And Ari had already 2 albums in his solo career. What were the main positive points you saw for starting this new period together in Amoral?

B: Well, the minute we understood that our time with Niko was over, we decided we'll switch the vocal style to clean, at least for the most part. We found just growling to be restricting, especially as the whole band is big fan of melodic rock and metal. So after the shock and sadness of Niko leaving had passed, we were more than excited to start a whole new chapter in our book. We knew for sure that the new style – and especially getting Ari in the band – will piss off a lot of old fans, but then again, we've never planned our moves according to other people before, and weren't about to start now. We're just glad to see a lot of the old fans appreciating this new direction too, and respecting us for doing things our way.

A: I guess the talent of song writing in this band is just getting better and better when Ben and Silver doesn't have to do all the melodic parts with guitars, but focus on the brilliant riffs they do. With growling vocals only good riffs just aren't enough and you need to fill the whole song with guitar melodies to make it interesting and get it to carry till the end. With melodic singing there are three melodic instruments in the band and I guess it also gives a new kick to compose new stuff.

Pekka Johansson on the bass is also a new face in the band. How has the work together and the adaption for him gone so far?

B: It's been smooth sailing with Pexi, all the way. We knew we had our guy when he showed up for the audition. He had just the right rock n roll attitude we were looking for, as well as being a good player and having an awesome stage presence. It feels like he was with us from the beginning.

With so many new and veteran metal bands in Finland, what does a band need to head up, outside of the general bunch of bands? Is having talent the only key? Good contacts? Good record company and managers?

B: It's a combination of talent, song writing, good contacts and a lot of luck. If you have killer songs, play stellar gigs around town and are active with your webpage etc, you just might to get noticed by the right people. No-one's going to come asking for you from your basement…

A: One big thing is to be original and have a sound of your own. In my opinion the biggest thing in common with big metal bands is knowable singing sound or guitar sound. I mean, think about Metallica without James Hetfield's sound or Megadeth without Mustaine's and this list is at least as long as Meshuggah's 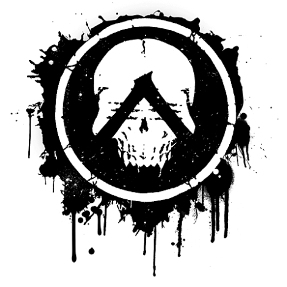 Finns have (a well deserved) fame of being shy. For Ari, getting to be known publicly so quickly in the last years, how has affected your life? Do you enjoy being recognized in the streets, or you prefer to disguise yourself in the crowds?

A: Well, I like to be just a human being like I am so disguise in crowd for sure. I've actually never been a fan of being a "celebrity" and I really don't want to be one. I just love doing and performing music but in my personal life I enjoy peace and all kinds of hobbies…

“The songwriting in this band is getting better” (Ari)

And now, for the other members of Amoral, does it suppose any kind of problem that maybe the media and fan attention is more diverted to the vocalist, or is something you do not give importance?

B: well, we do get the occasional mention in some yellow press that we could happily live without, but other than that it's no biggie. The frontman is supposed to get the lion’s share of the attention anyway, as the voice and the face of the group. As long as there's no Lead Singer Disease noticeable, we're all good, hahaha.

You seem to have a busy schedule for the rest of 2009 with the European Tour. Is there any country or venue that you are especially looking forward to playing in?

B: Z7 in Pratteln, Switzerland is always a treat, with its huge stage, amazing food and, most importantly, a washing machine! Country wise, I'm really looking forward to Greece and Bulgaria, as we've never been to those countries before.

A: This is my first European tour so I'm looking forward to see every venue and every country! There's over 10 countries I've never been to.

B: Check out the CD, it'll blow you away! Also, if we happen to come through a town near you, make sure to be there to witness the rock n' roll madness that is Amoral's live show!

A: Be there or be a complete pussy! 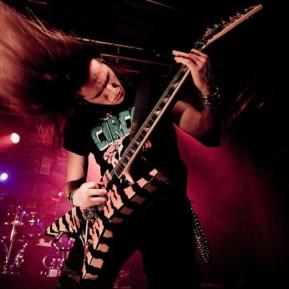 Musician you admire the most?

B: Probably Slash, as he's the one who got me into playing in the first place. His sense of melody is incredible.

A: God this is hard… I would have to say Jaska Vitikainen, because he got me singing and helped me with my life big time when he was still alive. Miss U Jack!

B: In all honesty, there's nothing better than a cold bottle of Coke when thirsty!

Craziest thing that has happened on or off the stage in a gig?

B: Onstage, probably when Niko was spinning his mike around and hit my guitar really damn hard, breaking a huge piece of it off. The hit was so hard that I actually though he had run into me, instead of it being just the mike… Offstage, cutting my finger really bad with a shaving razor just a few minutes before show time. It wouldn’t stop bleeding, so our drum tech put some superglue on it so I could do the show. It still hurt like hell!

A: I will never forget the gig with my solo band when I got food poisoning just before the gig started… That was nasty and the worst feeling ever!

Is there any band you always dreamt to see live but never had the chance?

What has been the best band/artist to share tour or stage with so far?

B: I'd have to say Finntroll, who took us out in 2005 for our first European tour. They were so cool to us, and treated us like true equals. Love you guys!

A: Joe Lynn Turner took me up to the stage to sing Burn with him 2008 at Myötätuulirock festival

What is the Finnish sentence that every foreigner should learn first when coming to Finland?

B: "miksi täällä on näin hemmetin kylmä?" , meaning "why is it so damn cold here?"

A: "Kierros koko baarille!" meaning "A round for the whole bar on me

Do you have any secret “musical pleasures”, artists you love listening but feel embarrassed to recognize that you like them?

B: I'm not embarrassed in the least by anything I listen to, be it Seal, Prince or Salt N' Pepa!

A: No way! I'm not embarrassed about anything.

Review of the album Show Your Colors