Usually, in a small country like Estonia is, the music you listen to around is the one created by native artists, or the big international and well known super stars. However, there is a new artist that has gained the sympathy of the Estonian audience with charisma and good doses of humor. His name is ELMAYONESA, and his song Liigutage Peput could perfectly be the official “Estonian summer song”, if we would be lucky enough to enjoy a proper summer… FREE! Magazine contacted this interesting Argentinean musician and artist, located in Barcelona, to get to know more about him and the story behind one of the most refreshing “Estonian” songs of the year!

Thanks for answering our questions! Please, tell us a bit more about your connection with Estonia. Have you ever lived there? What is your opinion about the country?

I have never lived in Estonia, but I went there to play after creating Liigutage Peput in December 2009. I loved the country! Being Argentinean in Estonia is a total success!; getting tones of attention by so many beautiful women, you can imagine! Maybe the only negative thing I do not like is the weather, I am not used to cold weather. 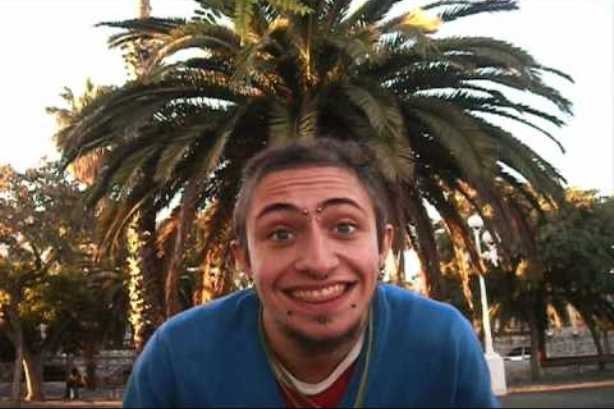 Can you explain us more in detail who is ELMAYONESA, and your reasons to start creating music? What other hobbies do you have?

ELMAYONESA is an artist! I play music since I was 13. I started playing drums in heavy metal bands, and now I also produce electronic music. Music is not only my hobby but my passion and my job; I founded my own record label a couple of years ago and I work on it every day. Obviously, being Argentinean, another of my passions is football, I also play it.

How the idea for creating Liigutage Peput come up? Did you know anything about Estonian language beforehand?

The project behind ELMAYONESA was always not only mixing different music styles, but also different languages; LIIGUTAGE PEPUT was born like any other song made by ELMAYONESA; I had been learning Estonian for a while, and I thought it was the right time to create a song using that language.

Mixing reggae, Spanish and Estonian language is something totally different to what you can usually listen to in Estonian musical scene. Do you know of anybody who has made anything similar? Have the Estonian media shown you a lot of attention?

What ELMAYONESA proposes is something totally innovative in the way of mixing Latino rhythms, electronic music and different languages, always keeping it fun. I personally thing that you can feel more and more in modern music that there are no frontiers, no limits of style or language, this is how the world is nowadays; ELMAYONESA is a perfect example, an Argentinean boy whose family is Italian-German, who lives now in Spain and who creates music in Estonian.

One cannot notice in the song your love for the Estonian women. Have you had personal experiences with them, like girlfriends of any love affair?

Yes, of course I have had experiences with Estonian girls. I love the women from Estonia! I think they are some of the most beautiful in the whole world. 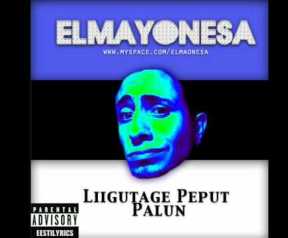 The videos are shot in Barcelona. So do you live there permanently?

Yes, I have lived in Barcelona for 3 years. Most of the videos where shot there, except of the official one for Liigutage Peput, that was shot in Canary Islands. Everybody can watch it at http://www.myspace.com/elmaonesa

Are the girls appearing in the video Spanish or Estonian?

The girls appearing there are my best Estonian friends.

Will ELMAYONESA create in the future more songs in Estonian?

Yes, I am nowadays preparing a new hit that will be released on summer, and some more songs.

If you would have to choose one, what Estonian woman would you like to see moving her “pepu” while dancing your songs?

I would love to see Kerli doing it. She is very beautiful, and her music is great.

Is there anything you want to add for our readers?

I send warm greetings to all the Estonian people, I hope they listen to my music and get ready, because in July and August I will be in Estonia on tour introducing my new hits!

2 Responses to “Interview with ELMAYONESA”