Tarja Turunen is undoubtedly one of the most popular Finnish singers worldwide. This current year 2011 has been very special for her, with the release of her second official solo album What Lies Beneath and a chain of great collaborations and perfomances in a heterogeneous array of festivals around the world, having the cherry on top of the cream with the appearance together with the Brazilian metal band Angra at Rock in Rio festival. We reached Tarja who kindly explained to us more about her brilliant past, her brilliant present and her exciting future as an artist!

-Hello Tarja and first of all, thanks for being so kind to answer the questions!

Hi! No problem at all. Pleasure.

-You have had a pretty hectic summer. What of your concerts and appearances is the one you will remember as the highlight of the season?

I just wrote few days ago in my official blog that this summer was the best summer in my career so far. I had the opportunity to perform in several different kinds of concerts and jump into many new challenges, which I always love to do. To choose the best out of these it’s hard, but I feel that the concert with Mr. Jose Cura in Savonlinna´s Opera Festival, Finland was the exceptional one. It required a lot of work and preparation, but it was such an honor to sing with Cura. 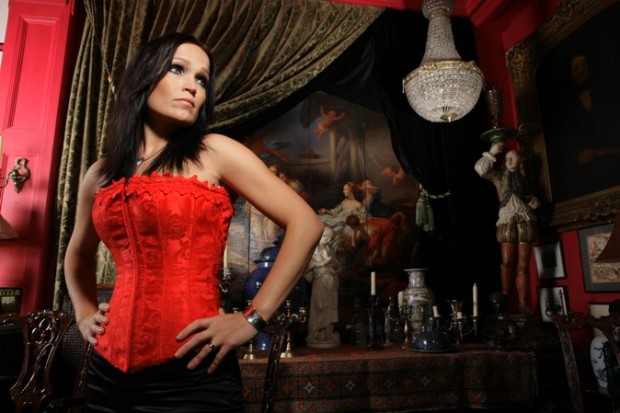 -You are the first Finnish artist reaching gold record in Germany both with a band and with a solo album. What do you consider that are the biggest advantages of a solo career? And on the other hand, is there anything you miss from your period with Nightwish?

I would say that everything is different when it comes to having a solo career than in being a member in a steady, already known band. I had to find my own wings in the world of music in the beginning and it wasn’t easy, but I am so happy I went through all that. I definitely feel more comfortable right now than anytime before. The freedom I have got to choose the people to work with, to write and produce my own songs is unbelievable. There are neither boundaries nor frontiers that I need to fight with…. nor egos, because basically I am making decisions for myself! And no, I don’t miss anything particular from my band years.

-They usually say that for an artist, the second album is the most difficult one to put together if the first one was a success. Was that the case with What Lies Beneath? How would you compare it to My Winter Storm?

Not that is common, but my first record My Winter Storm was the hardest one for me for sure. After being in a band for 9 years and not having composed one single track before on my own, I went through a rollercoaster of feelings and challenges with the first record. I managed pretty well even though during the production happened things that made me constantly nervous. For example the fact how I needed to make all the new people around me, including the record label, producer and musicians, understand how I wanted my music to sound and who should play what and why. My Winter Storm was a huge learning process for me as an artist and also as a woman, since I faced several new challenges with it, but I loved all of it. In the end I can only say that I took a great step into unknown, meaning by this, to myself. I don’t have any regrets.

My second album What Lies Beneath sounds more secure and mature, so I cannot say I was having a hard time with it. Actually the whole process was such a fun time for me, since I even ended up producing it myself. I guess this tells a lot about my will to develop myself as a musician constantly.

“I don´t miss anything particular from my band years”

-You are really a versatile singer; you can both perform in an Opera festival like recently in Savonlinna or please a hardcore heavy metal crowd. Being the audiences so different, where do you feel more comfortable on stage? Do you prepare yourself mentally in any different way before going to the stage depending on the venue you perform?

As these styles are extremely different, also my preparation for them differs. I am definitely still more nervous in performing classical music, since I had not done it professionally before my career in rock started to bloom. Before a classical concert I do some breathing exercises and vocalize much more than before a rock show. I need to be sure that I can give my best from the start.

Also mentally my concentration is 100 % focused in thinking the technical parts of the program I am up to perform.It took me several years to learn how to use my classically trained voice for rock. I kept on taking lyrical singing lessons in the University and tried out different things before everything just clicked and I felt that I’ve found my way. Anyway, still today I keep on taking singing lessons privately because I feel it is vital for me. I feel very comfortable where I am today as an artist because I love singing rock and classical music. In rock I can have fun, do whatever I feel in the moment and just go with it. I love seeing the crowd excited about the performance and the people truly gives me a lot of energy.

-Being one of the most international famous Finnish artists, you spend a lot of time outside Finland. Because this publication is read by many foreigners, what is what you miss the most from your country when you are out, and what are your favorite places or activities to do when you are back in Suomi?

Finland is the country of incredible silence and the space of living. It is so easy to fall asleep in Finland! No sounds of traffic, or people, maybe you hear only mosquitoes in the summer time! When I return to Finland, I usually go to meet my family in Northern Karelia, because I miss them the most when I am away. That means a lot of laughing, cooking, sauna going and enjoining every minute giving to us. I also love to go out for a run in countryside of Finland, if the weather is suitable for it.

-If I am not mistaken, you are planning to release a CD/DVD at the end of this year from a live performance in a Christmas concert recorded in 2009. What can you tell us about this project? Is there any specific date of release set?

The CD/DVD is a live recording from one beautiful Christmas concert HARUS made in Sibelius hall Lahti, Finland in 2009. We haven’t done any overdubbing nor recorded anything again, so it is a real live performance. I wanted to give people the chance to listen and see what HARUS is all about. HARUS is the name of the line up of Finnish musicians including organist Kalevi Kiviniemi, guitarist Marzi Nyman, percussionist Markku Krohn and me. We have done concerts together since 2006, but having this first CD/DVD release opportunity now in hand, we wanted to give a name for the line up. HARUS is not based on only Christmas music performances, so you will hear us doing something else in the future too. Unfortunately, I have not been informed with the exact date of the release of the CD/DVD yet.

“I dream of sharing stage with Peter Gabriel”

-To put the cherry on top of the cream to the summer gigs, you are going to join Angra on stage in the huge Rock in Rio festival in Brazil. How this collaboration happened? Did Angra offer you to join them.. (Did you know them beforehand?)?

It is rather incredible to be able to stage Rock in Rio this year! I have known the members of Angra for quite many years already and even worked closely with their guitarist Kiko Loureiro on my first record. I was very happy to receive the invitation to take part in their show in Rio, so I immediately said yes! It’s going to be so much fun to perform together and to meet my beautiful Brazilian fans. 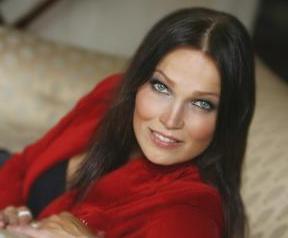 -Can you tell us a bit more about how many songs you will sing with them together during Rock in Rio, and if you have previous experiences with Brazilian audience?

I am invited as a guest vocalist in Angra´s show, so I will be performing only few songs. I have been lucky to have several shows in Brazil before on my own. Not only rock shows, but also classical concerts. Brazil is a huge country and I have been able to see quite a lot of it through my visits. I also have important fan clubs in Brazil who are very actively supporting me.

-Is there any other artist of band you would really dream of joining on stage to perform together?

Peter Gabriel is my hero! I just adore him, that’s all. He has the voice, the charisma, the amazing career…all of us need to have dreams, right?

-After these busy months, will you take a break, or what are your future plans for the rest of the year?

Actually in the meantime I am practicing already for my first classical album recordings that are going to happen in the end of November in Finland. It is going to be an Ave Maria album. I will be singing along with organist Kalevi Kiviniemi whose idea this album originally was. It is a huge challenge for me, but I feel comfortable with the theme of the album. I have always loved to sing Ave Marias and now I feel that it is time for me to give my voice to few of them.

Right after the recordings I will have a long Christmas concert tour in Finland in December. When this tour is over, it’s time for the Christmas itself and that I will be spending with my family in Finland, hopefully with lots of snow!

I just want to say thank you for the amazing support you’ve been giving me through many years already. I really appreciate that. I hope that I can give a little bit of love back to you with my music.