Jari Litmanen, the son of two footballers, carried on the family tradition in style. Litmanen’s father, Olavi played for Reipas and as a Finnish international player. His mother also played for Reipas at the highest level in women’s soccer in Finland.

In 1987, at the age of 16, Litmanen played for Reipas for the first time in what was the top division in Finland at the time, Mestaruusarja. Litmanen’s international football career began in 1989 and only ended in 2010. Between 1996 and 2008, he was the captain of choice for the Finnish national football team. In November 2003, while he was still playing professionally, the Football Association of Finland picked Litmanen as the best Finnish footballer of the previous 50 years.

Over the years, Litmanen has represented a number of clubs both in Finland and abroad. In Finland, he played with Reipas, MyPa, Lahti and HJK. Abroad, he played with Barcelona, Ajax, Hansa Rostrock, Malmö, and Liverpool. 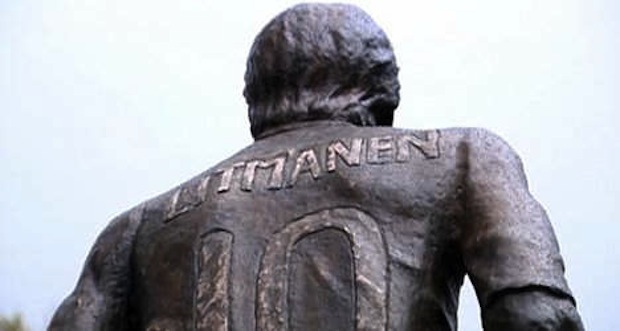 In the 1993 – 94 season, Litmanen scored 26 goals, the top-scoring player in the league. In 1995, the midfielder made his name on an international level when he was playing with the Amsterdam team, Ajax, and won the Champions League.

Having started his international career in 1989, and playing into 2010 when he played with Finland against South Korea on 19 January 2010. Litmanen, also known as “Kuningas” or “The King” had earned the distinction of playing professional football in four different decades.

With all these football achievements under his belt, Litmanen is also the face associated with the Betsson sports betting site at this time. Finland has also erected a statue of Litmanen in October 2010. He is the first team sport player in Finland to receive a statue. The statue stands at the place where Litmanen’s career began in the 1970s, at Kisapuisto (Lahti).