In less than half a decade, Sunrise Avenue has achieved what most of the new Finnish pop-rock bands just dream about: an astonishing international success with a second studio album just recently released into the market: Popgasm. Samu Haber, their charismatic lead singer, had time while travelling around Germany to kindly answer our questions and give opinions about the superfast growth of the band, the expectations for the future or the internal painful changes that they experienced when Janne did not continue with them. 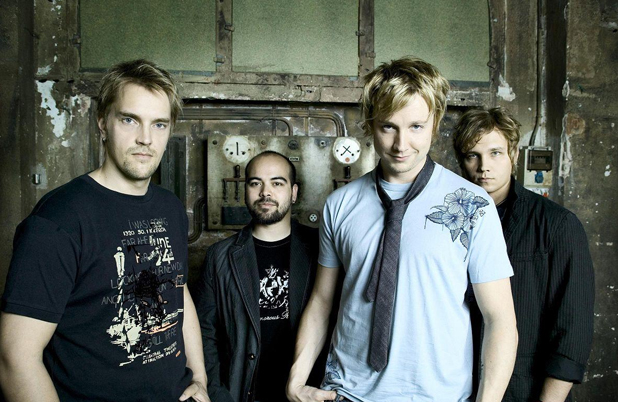 Hello Samu and thanks a lot for answering our questions. What can you tell us about the new second album of the band Popgasm? Any favorite tracks?

Well… sure you have your favorite tracks but since we made all the songs on PopGasm with the guys, all the songs are like our babies and therefore it’s impossible to rank them that clear. Maybe Welcome to My Life is the track if I have to pick one. It’s such an honest description of my life.

Was it easier now to work again together with producer Jukka Backlund?

Working with Jukka is never easy, but that is the catch ;) He is a personality that flies around the room and you just gotta wait for the results to come out from him. Sure we knew us better now but getting too close to the producer is not always only a good thing. It’s a great thing that he left the band and is now focusing on production.

You got an amazing success with your debut album. Do you feel now like being “on the way to wonderland” in real life? Were you expecting so many good sales and audience’s response when you started with the band?

No, honestly I didn’t. I was hoping that music could become as my career and it did. But it got far bigger than I ever let myself dream. Sure I believed that if all the winds blow our way, we could go very far, just like now with the second album. But it’s always up to 50% luck anyway, so the best you can do is do your best and see what comes. 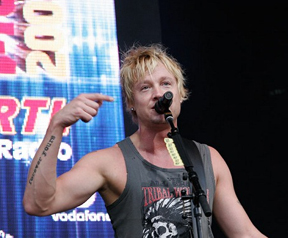 Every month dozens of new Finnish rock bands release their debut albums. The market is overcrowded. What is the formula and advices you can give to connect so quickly and successfully with the public as Sunrise Avenue did from the beginning?

There is no recipe. You just gotta try hard and try to make your own thing. The copy-cats who copy bands that are already famous, are pathetic.

Getting such doses of fame and recognition in such a relatively short period of time… Do you notice that has affected you in any way as human being? I mean, do you have the case that friends or relatives could tell you things like “now you are an asshole and you have changed a lot”, or do you think you keep your feet on the earth as a good Finn?

No. Not really. Some of the people you used to know want to have a little piece of your success and the story by hanging next to you at the clubs but I personally hate those wannabe’s. They wanna introduce you to all their friends and they think it’s cool. Sad. The REAL friends haven’t changed their behavior at all and that is something that makes me really happy. And if I’d ever start behaving like a “super star” I know my real friends would kick my ass BIG time! That is their job in all this and I know they’d do it for my own best.

You released a live DVD Live in Wonderland shot in Germany during your first tour. Was not risky to launch such a product with only one studio album released? Why you did not want to wait longer to do it?

Risk… This business is only full of risky moves. I think the experience was extremely great for all of us and actually I guess the DVD made it pretty ok in the stores too.

In the DVD “Live in Wonderland” I remember there was a comment that alcohol was not allowed during the tour for the members. Is that true? Do you have “dry” law when touring, or was more a joke? Who drinks the most at the band?

That was just a joke. We don’t actually party on tour because that would make the next day’s show pretty painful. But at the end of the tour there’s usually the “GRANDE FINALE” party. And that is something we need to have. Between show days I usually have a glass of wine and go to bed.

I just read in your tour blog that you smashed your head in the Provinssirock gig. How is your forehead looking now?

It looks amazingly good. I just removed the stitches last night and you can barely notice the scratch because I have my hair on it. I will have a memory from Provinssi Rock 2009 forever on my face. That’s cool.

You seem to enjoy writing and sharing thoughts through Internet with the audience. Do you find all the free time you need to write? What other hobbies do you have when you are not on the road?

I usually write the blogs on the plane. You have nothing but time there and I write stuff in the air and then go through it quickly at home. It had become this kind of as therapy thing for me. I sleep better if I let out everything that has happened the last few days. I love sports. I try to go to gym 5 times a week. Also team sports. Ice Hockey is the best. Unfortunately there’s not that much time for that now.

I know the band is pretty big in Germany, and I suppose you are thankful to the fans there, but what other venues do you especially like to visit when playing? And in what places would you like to tour but still have not had the chance?

Yes, the Germans have been very nice to as at least so far. We love to play anywhere where they want to hear us. We have had super great experiences all over and we have learned that the good and loud audience can be waiting for you anywhere.

We had an interview with the ex-member of Sunrise Avenue Janne Kärkkäinen. Maybe it is a topic you do not want to talk much about, but with the perspective of time, is there anything you want to comment about his leave from the band? Have you had the chance to listen to his new project Phoenix Effect?

It was the hardest decision I have ever made and it hurt me like hell before and especially after. I was really broken for more than a year and I am very thankful for the people who stood by me and us. Everything is much better as a team and also musically in the band now. I just wish the guy could grow up and accept what happened. It’s been 2 years. I have only heard “Broken Promises” but sure it’s pretty hard for me to evaluate his stuff without feelings being mixed. I honestly wish Janne and Phoenix Effect all the best from the bottom of my heart. 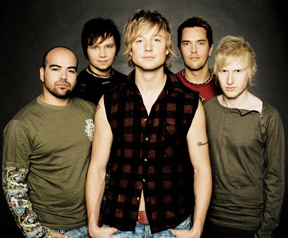 I heard that the tattoo you have that says “Forever Yours” was due to a relation with a girl that did not work out. Is that true? How was the story? Do you think that you would do something like that again for another girl?

Yep. The tattoo was a replacement for an engagement ring. I don’t like rings and it doesn’t feel natural to wear one when I play the guitar. Yep, we were supposed to get married and all, but it went bad. We are luckily good friends now with her. I am just happy I didn’t tattoo her name on me. I hope I find someone someday who is worth another tattoo ;)

What are your future plans?

Now we are just promoting the new stuff and playing all the shows through the summer. Then in October we will start our European tour again and I guess that will go on until early next year with a break around the New Year, I hope.

Anything you want to add for the readers or that you would like me to have asked you?

Just the fact that I am writing the answers on a German highway and the speed is 230Km/hour.

Favorite gig played ever that you remember?

There has been so many so special. Maybe the first 5 shows with the new album now in Helsinki, Berlin, Zurich, Athens and Helsinki again. It made me believe that maybe not everybody has forgotten Sunrise avenue.

If you would not play with Sunrise Avenue, is there any other band you would like to have been a member of?

I can’t imagine anything else. This is the group I started when I was 16, so I will stick with it.

Craziest thing that has happened to you on and off stage?

I must say the craziest thing on stage is a few weeks ago when I smashed my own face with my own guitar. I seem to have a few more steps to become a pro ;) Off stage this 40+ drunken “lady” squeezed my balls very hard and it hurt like hell. I told her to bring her boyfriend to me because I don’t hit women… The boyfriend never came. I was very embarrassed afterwards but there’s a limit with everything. Even with me.

Do you think that is possible to reach an orgasm due to pop music?

I do. I have had it many times ;) Just relax and it’ll come.

Nicest thing that a fan has told you or done for you?

The guy who sold his house in the early days so we could pay for the studios. I will always owe one for Mr. Mikko Virtala.

Favorite place to chill out in Finland?

Our summerhouse. No internet, no phones. Just the nature and the family. You can be 110% yourself and nobody wants anything from you. I also love my home / house very much.

What sentence in Finnish language would you choose first to teach a foreigner?

“Ei se oo niin justiinsa” it means everything doesn’t have to be perfect. I love the phrase.

How many languages can you speak?

I speak Finnish & English pretty well; I can survive in Spanish and Swedish and a little German.