It all started on a dark rainy night as he was driving home after an evening out with his buddies. The road was slippery, visibility almost non-existent, and the level of alcohol in his blood certainly did not help his concentration. Maybe the last drink had been too much, after all. Maybe he should have left his car outside the bar and taken a taxi home. The idea had crossed his mind, but at that moment it hadn’t been raining and he really didn’t feel that drunk. He just wanted to go home, take a hot bath, and go to bed. He was thinking of that relaxing steaming bath when his car hit something. He felt a thump that shook the car. What was it? He stopped the car, got out – and that’s when he saw the body of a young boy. There was no doubt about it, the boy, who seemed barely fifteen, was dead. There was nothing he could do to save him now. But it eased his conscience to know that it had been an accident.

As it turns out when the story starts to take its course, abandoning the body by the side of the road was a wrong decision. It set in motion a chain of events the unfortunate drunk driver was unable to control. Others need to die in order for him to keep his identity concealed, but what has changed is the intentionality of the killings. No longer accidents. Victims of calculated murder. 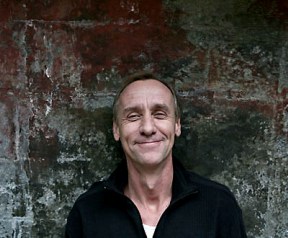 Hakan Nesser at his best – one of the most intriguing stories with Van Veeteren as the protagonist working to solve the crimes. In this thriller the vulnerable, aging Chief Inspector is fully developed; he is presented at the height of his defenselessness. Now already retired from the Maardam police force, he is depicted mourning a personal loss, trying to cope with his personal problems while assisting his colleagues find the murderer. What could possibly be the motive for these seemingly senseless and random killings? What is the driving force and logic of the murderer? When the wheels start turning, there is no way to stop them.

Hakan Nesser’s thrillers appeared long before the Stieg Larsson trilogy. The author has won the Best Swedish Crime Novel Award three times and he is also the winner of Scandinavia’s Glass Key Award and the European Crime Fiction Star Award (2010/11). His Van Veeteren series is published in over 25 countries in which readers keep waiting for more.