Spanish director Rodrigo Cortés has been able to show in his first long length movie that you can achieve great results without having to count with a great budget or stunning special effects.

Buries is original from many points of view, starting from the fact that opening credits appear at the beginning, a wink to suspense classic films, and continuing for having the first minute of the movie just in total darkness, only hearing the breating of the main character, portrayed in a very plausible way by Ryan Reynolds, who shows that apart from being voted as the sexiest man in the world, can only deliver a consistent performance while being trapped in a casket. 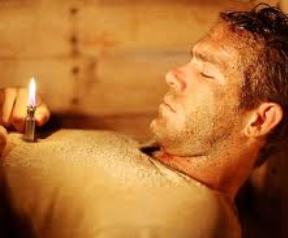 Some people can argue that the plot has many holes and the actions of the character are not really consequent, but all in all, the film achieves his objective: to feel the claustrophobic tension and the nerves of being buried alive. Although not having a perfect script, the movie is good enough to keep your eyes fixed on what is going to happen next, And once again, this is not easy to achieve when all the action just happened in a reduced dark space with only one actor in front of the camera for one hour and a half.

Not a perfect movie, but a promising first step for Cortés. After the heat he has been able to obtain with his opera prima, let´s see what he could be able to achieve in future projects with a bigger budget.

The best: The claustrophobic environment of the movie that keeps you in tension.

The worst: Some holes in the script that makes you feel a lack of connection and empathy with the character.

The detail: The whole movie was shot in a studio in Barcelona in only 17 days.