G.I. Joe: The Rise of Cobra

If you want to be the best, you have to play with the best. That is exactly what Duke does joining forces with the most elite command on earth. 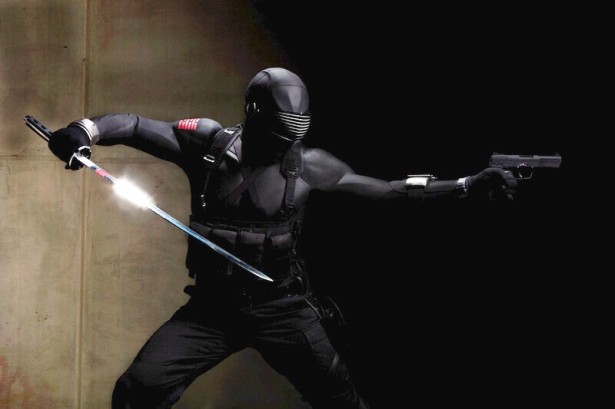 Well, I belong to a generation that grew up as children playing with G.I Joes in their living rooms. I still remember the arcade videogame after many years. So for me, this is not just another action movie. And actually, I must say that although I was expecting another disappointment as big or even bigger than the one I suffered the other day after watching Transformers 2, I kind of liked this movie.

Sure, the script is not made for receiving an Academy award, and people seem to find whatever minimum excuse to turn evil and try to destroy the world, but nevertheless, as a product of entertainment, the film works. The characters are what you expect them to be, no more, no less. Both female lead roles incarnated by Siena Miller and Rachel Nichols have a great presence on screen and a notable sexual charge, Ray Park (do you remember him in, among others, Star Wars I?) as Snake Eyes is once again amazing in the fighting choreographies and Channing Tatum And Marlon Wayans are pretty convincing as the “good guys” couple. 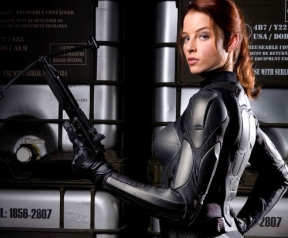 The bad guys look like bad guys, and just the presence of Dennis Quaid appears not to have much sense. The action is good, the special effects, although sometimes they are not at top level, work reasonably ok, and in this case, opposite to the second part of Transformers, I do not feel like being part of just a shallow propaganda for the American Army, but as of the fun of watching a notable action movie.

Imbd site´s users can say whatever the fuck they want, rating the movie under 6 out of 10, but for me, this is a more than a decent result, compared to all the crap that invades the DVD stands of any shop nowadays. Resuming, a movie worthy to watch if you like action movies without having to analyze the philosophical reasons of the human being´s existence.

The best: Marlon Wayans trying to get into the pants of Rachel Nichols.

The worst: some holes in the script. There are twists and “twists”.