Outlaws Inc. is the new book by Matt Potter, a British journalist, editor and broadcaster. An exciting fun to read chronicle of his real adventures following the crews of ex-Soviet army men (especially “Mickey” and his gang) that fly monster planes like the Ilyushin-76 delivering all kind of legal and illegal goods around the world. If you are curious to discover more about the dark side of aviation, this book is a must to have!

FREE! Magazine contacted Matt and he kindly answered our questions where he explains with a great sense of humor more about his crazy adventures in some of the most dangerous areas of the planet and the tough lives of those mercenaries of the air. 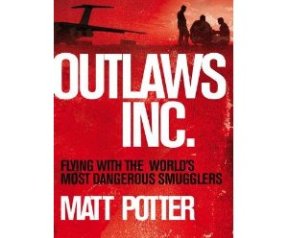 Thanks for your answers Matt!!! How long did it take in total the research for Outlaws Inc.? Was it difficult to combine it while working in other articles-projects?

Was it difficult? It nearly killed me, haha! Actually, the sort of passive research had been going on for many years – not that I knew it. I’d happened to be in a lot of the right places at the right times (or wrong places, wrong times, depending on how you look at it) over the years – Russia in the anarchy of the collapsing USSR; Serbia under Milosevic, just before the NATO bombing; Central America in the months the cocaine drops by air intensified)… and I’d always been curious about the airmen who seemed to flit in and out of those trouble spots so easily, despite all the UN embargoes and no-fly zones you could throw at them. I hopped onboard as soon as I could (Afghanistan, 2003), but it wasn’t I decided to write the book – and chase those same airmen across the world – that the size of the task I’d set hit me. That phase – the detective work, forensic tracking etc, side by side with the international monitors chasing these crews – took about a year. And yes, everything else sort of fell by the wayside for that year. I sort of entered the Twilight Zone. I remember I even spent New Year’s Eve monitoring radio chatter in the skies over Africa! All my friends figured I was dead, I think. And boy, were they surprised when they got the launch party invite.

In approximately how many trips did you join Mickey and his crew all over the world?

Well, the book was made up of maybe eight major trips. But not all of them were with Mickey. And plenty of those where I met Mickey, he wasn’t exactly pleased to see me.

Was it easy to convince Mickey and his crew about joining them in their wanderings around the world? Were they not suspicious for having a journalist onboard asking questions? Did you try also to join some other crews before or after getting acquainted with them?

No, it wasn’t easy, though the fact that the first time we met I was on another assignment entirely – flying into Afghanistan with a mate, just to see how far we could get – sort of took the tension off. I pretended I didn’t speak or understand Russian too, at first, so they spoke more freely than perhaps they would otherwise. To be honest, I don’t think they cared what I wrote. They aren’t bookstore kinds of guys. And aside from being threatened with all manner of retribution if I ever revealed their identities or exact business, they were OK, really. That’s not to say they liked it. They just let me get on with it. The odd bribe helped. 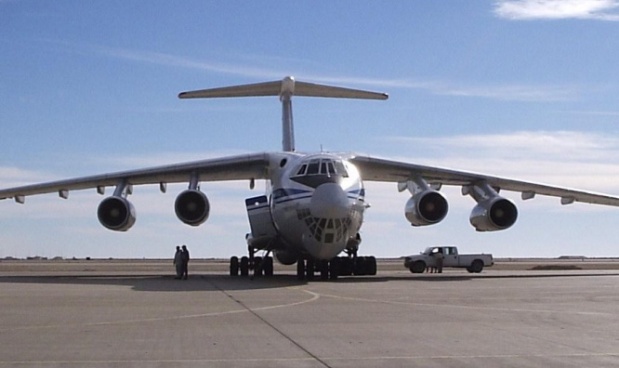 Were there situations during your adventures narrated in the book when you felt your life was in a very real danger?

Yes, a few – but where life is different from movies is that in life you usually only realize it in retrospect – at the time you’re just thinking hmm, what to do now. The dive-bombing landing in Kabul was probably the moment where I thought my number had really been called with the most certainty. I mean, getting to the point where impact with the ground is so close you kick your legs out involuntarily is too close for comfort. But then again, there were incidents in Africa that were creepier – where you get followed and threatened by people you can only assume are government stooges or secret police. They could do what they wanted. I was lucky – and foreign, probably, which helped – so they didn’t. But there are African journalists and dissidents and ‘snoopers’ who disappear every month. The spooks don’t show as much caution around them. Oh yeah, and there was a point when I accidentally took a piss on an old landmine in Afghanistan. That could have been messy.

I notice when reading the book you cannot hide a lot of sympathy for these aviators. Do you think they are more “victims of a harsh” destiny than real part of a smuggling problem? How would you define them after your experiences with them for a person who would have never been in contact with such kind of aviators?

Yes, they are victims of a harsh destiny: anyone who condemns them should probably ask what they were supposed to do when they came home from fighting a war they never wanted, for a USSR that no longer existed, and got betrayed by an armed force that had promised them eternal security in exchange for their lives. I don’t think they’re good men, or bad men, but men. I’m a journalist. Some people work in advertising, or drive trucks, or make shoes, and plenty of them get up to no good too. Do they know there’s some bad stuff going in the hold occasionally? Sure. Then again, you and I know some pretty bad stuff goes into the sports trainers, hamburgers or whatever we buy, and we switch off to the big picture, just like they do.

All over the book, there are a lot of references to hidden powers from above that are pulling the ropes of the smuggling goods business all over the world, but did you get to know any specific information about what “those powers” would be?

Yes. Let me put it this way, without naming names: the trail never stops going upwards, and most of the time there’s state complicity – I’m not just talking about African mafia states, but the former Soviet countries these guys operate from. Just after the book was published in the UK, word reached me that three Ukrainian former gunrunners who’d been either lured or extradited back to Kiev to stand trial or testify, had been killed. Word is they could have tied the so-called illicit trade firmly to the very top of the government there. One was strangled with a towel, one knocked down in a hit-and-run in a pedestrian mall (!) and the other fell out of a building. You have to be careful not to talk too much, but you’d have to be blind not to see just enough.

Did you receive (apart from that phone call in Africa narrated in the book) any threat or pressure not to publish the book or parts of information in the book?

Well, yes, some – but really, not as much as I’d feared. I’m sure if I’d betrayed assurances of anonymity, or been an asshole and just laid into the guys in some holier-than-thou way, people would have been pissed off. But I’ve been so careful not to betray anyone’s trust – and I think, oddly, the book benefited as a result. It made me really think (and I think more journalists should) about consequences, not just to me, but to the sources who spoke to me. And that led me to a much more empathetic view of everyone, from Viktor Bout to Mickey.

You mentioned that your Russian language skills are not perfect, but can you manage to understand and hold a conversation in Russian?

Haha, yeah, it’s deteriorated like MAD since the 1990s though – I was pretty good then, at least good enough to write job applications in Russian etc. Now I’m good enough for the pub, I reckon, but not a great deal more than that. Oh well, it’ll come back when I’m next over there I hope. So yeah, the conversations with the crews were increasingly of the hybrid-English-Russian-German-drunken-bollocks variety.

In some stories narrated in the book, it seems like the crews would make a lot of money with some services they provide, but at the same time, many of them seem desperate for new jobs and patching old planes again and again. Is it really a profitable business for them? Are there cases where they could retire with a good sum of money earned, but they prefer to fly and take risks because is just the only style of life they know?

It depends what you mean by profit. Like all of us, they get the occasional fat one, and a lot of being jerked around and not paid by clients and minimum-paycheck stuff in the meantime. The answer, I think, lies in the fact that they really all wish they’d never had to leave the military. Let’s face it, if 1992 hadn’t happened, they’d still be airmen, or retired airmen, in the soviet air force. They didn’t plan to be freelance fliers, and most of them probably don’t thrive under those conditions. As one Russian guy I speak to in the book says: they grew up as military; they still think that way. An order comes, they do what needs to be done. 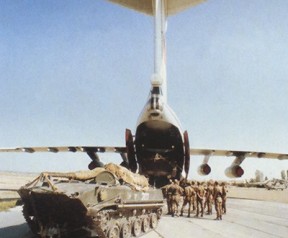 After you saw the dark side about how easy is to pass borders and smuggle all kind of things all over the world, what is your opinion about the security restrictions most of the passengers have to face in their normal flights? Do you think that it is just for the governments to give a false sense of security, while at the same time the “dark” side of the aviation system also operates?

It’s a brilliant question. The answer is, I guess, that the governments know a lot more than you and I think about this ‘dark’ side. They don’t stop it because most of the time it’s the governments themselves who want to use them. (I mean, how do we think all those ‘extraordinary rendition’ suspects got spirited out of Afghanistan? How do we think arms get to rebels our governments would like to arm but can’t afford to politically? So yes, the very idea of a hermetically sealed border is a comforting fiction that some people like to buy into. Others accept there’ll never be a way to regulate he dark side of the global aviation trade, so use it to their advantage.

What are your current and future projects after this book?

Well, it’s out in the States in September, then I’m doing speaking trips there and in Europe through autumn. I guess by New Year’s Eve I’ll have become obsessed with the next topic and have to stay in writing up a new outline! Seriously though, a couple of things are in the pipeline – some stuff I stumbled upon while researching this book, though in a completely different world. You’ll be the first to know!

Is there anything else you want to add for the readers?

Just that the truth about the Somali pirate trade – and who really pays their ransoms – was my personal WTF moment in the book. Well, that and going fishing with a rod and line for 12kg sacks of cocaine. And if that doesn’t whet their appetite, nothing will! Thanks a lot!!!!