After their debut album in 2007 and a few changes, AK is back with a follow up album that seems to kick ass! 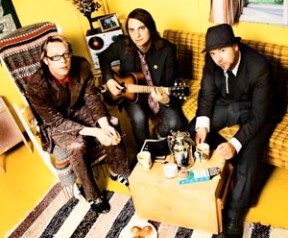 The Turku based trio is back after a couple of years, with a new drummer from Florida, Jake McMullen; the new addition of the band maybe has a lot to do with the American essence that this Head + Heart exhales. Far from typical Finnish rock or metal albums with always the same riffs and the same melancholic lyrics, Agent Kooper does really sound fresh and full of experimentation, it can sound like a military whining march like in Let It Slide or it can sound closer to bands like Kings of Lion in the track Alive & New.

Dirty guitars, good background vocals and a mischievous attitude that can put them close to some dessert rock bands like their beloved Queens of the Stone Age. The album is a little jewel that you need to listen to for several times to fully appreciate all its layers. Good one!