Brüssel Kaupallinen is a rock band from Oulu that has achieved to be well known in their native country during its 2 decades of existence for owning a very personal style, not so easy to classify in the overpopulated Finnish rock /metal scene. Maybe they are not the band with the biggest discography in the world, but certainly they have something good and fresh to offer with their newest release, Musta Polku, produced by no other than Hiili Hiilesmaa. Juha-Pekka Aunola, the band´s drummer, kindly attended our quesitons and explained a bit more about BK and the "Oulu´s particular way of understanding music".

It seems that everywhere is written that BK sounds different to most of the other Finnish bands. So how do you define your sound then?

It’s hard to say that about your own music, because you are so close to it. Don’t know. Maybe it’s our style to make music that makes it sound different. Every song comes from rehearsal jams. Everybody add their own spices right away to songs and we don’t have too much limits. That makes it sound little strange and different. Our sound today is quite nineties; quite rough and little bit grunge with hint of metal. 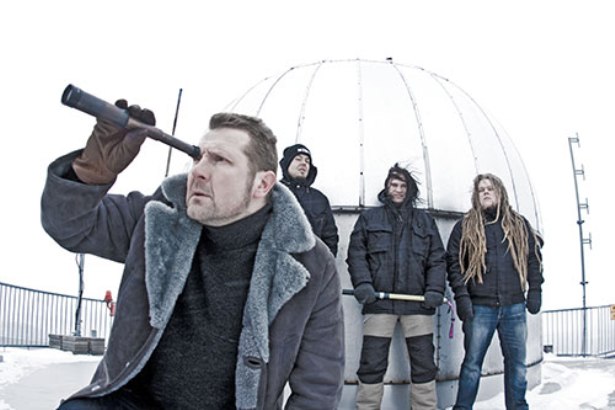 Does Musta Polku sound similar/different to your previous works?

I think MP is closer to 1996 released Aika ep, than two previous albums at 2005 and 2007. Somebody said that we found our lost soul again.

Black color seems to be an important theme in the album. It is in the title of a couple of songs, and even the artwork is black and white. Does this represent any kind of philosophy of things or state of mind?

Yes, it’s some kind of northern darkness; it’s easy to write about dark things, when you live up here with long dark winter. But still there’s some white in it. Also in this time everything is so black and white for many people. Black and white represents our world today.

At least when I was much younger (and probably even dumber), I used to enjoy full length albums with 14/15 tracks, but it seems that the trend nowadays is to make more condensed albums. For example, yours has just 11 too. Why do you think that this happened? Is the fast way of life nowadays making that people get bored if an album lasts too much?

You left out all shitty songs and that’s what is leftJ. With this kind of music about 40 minutes is enough for most of the people and in 40 minutes package stays still tight. But at least I have heard many great 1 hour albums lately. Today for many youngsters even one song is too much to listen at once.

In 1996 you launched your EP Aika, but it was not until almost 10 years later that you had your release album. What happened during those 10 years of “pause”? Is it not weird for you to say that you have been around 20 years but have only 3 studio albums?

The “magician” of Finnish rock music Hiili Hiilesmaa has collaborated with you in your newest album. How did you get in contact and what can you tell after the experience of working with him?

I got to know him few years ago via our old record label (UHO production). So I just asked him if he was interested and he said yes. First he mixed Valheiden kirja album at 2007 and after those sessions we decided that he’ll do whole production for Musta polku. He is great guy to work with. So mellow but still demanding. When he says things are ok or shitty, then they are as he says. You better believe him. And he’s always in time, no stupid rock shit from him, never.

It seems that your songs get a lot of promotion online, in social webs like MySpace etc. Are you active users of social networks? Do you think that it is easier to keep contact with the audience there? 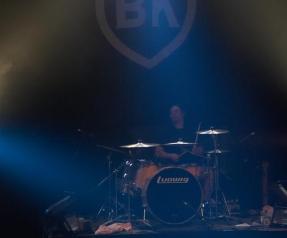 Of course. Ten years ago you didn’t have this kind of promotion channels, just posters. Today posters are almost gone. Many cities deny posters, and if you put them anyway, they send you cleaning bill. Via Facebook and Myspace you can get more personal contact to fans too.

What represent for you and your band coming from Oulu? Does your native place influence your music?

Oulu is mental thing. Our kind of music has been called Oulu-noise twenty years. Radiopuhelimet is maybe most known in this genre. Noisy, ironic and mean, that’s Oulu

I know that you will be playing soon at Provinssirock, one of the biggest Finnish festivals. What other plans has the band for the rest of 2009?

Most influential bands in your life?

Who is the one in the band who drinks more?

We don´t drink, at least not too much.

Is there anything you did on stage that you felt ashamed next morning?

Nothing, or maybe just few mistakes.

What is the coolest Finnish band you have shared stage / backstage with?