Finnish race driver Emma Kimiläinen is one of the most promising young car racers in Europe. In a sport ruled by men, Emma finds that there is no better way to demonstrate her quality than beating the guys on the track. Emma is also involved in politics, interested in theatre and playing piano, and always eager to give you a ride home. And on top of that, she does not lack of physical attractiveness… Who would not fall in love with this girl?

Hello Emma and thanks for attending the questions of FREE! Magazine. How did you start to compete in car races?

Well I already started the racing career at the age of 3 when I was big enough to drive a little go-kart. It was a family hobby for really long time. However, I drove my first race when I was 5 years old.

What have been your biggest achievements as a racer through last years?

I was 3rd in the Formula Radical Elite championship in 2007. I won the Formula Ford Cup in 2006, got silver in the NEZ (Nordic European Zone), that I lost with only one point and Finnish Formula Ford championship in 2006 and 2005. I’ve been elected as the best female driver in Finland in the years 2007 and 2005. I have also been elected as the best racing driver in Finland in 2005. And Motorsport Aktuellet (The most read motorsport magazine in Germany) readers voted me the second best junior driver in the whole world after Nico Hülkenberg, who won the Formula 3 Euro cup championship 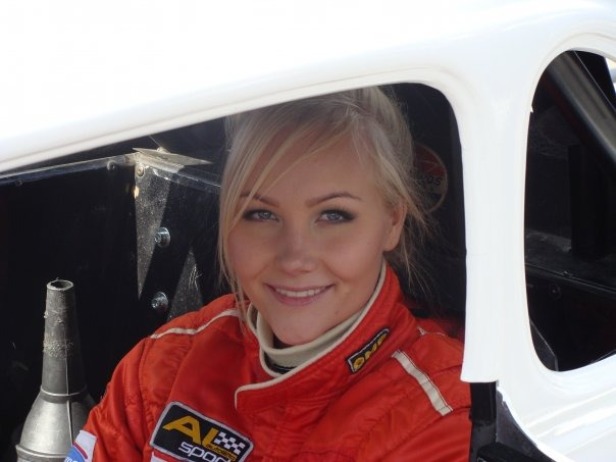 The plans for 2009 aren’t quite clear yet. So I can’t say so much about them at the moment. But I can tell it will be something interesting.

Which is your favorite track around the world to compete?

Good question. There are many nice tracks in the world and the opinion of the coolest track changes all the time because I’m visiting new tracks all the time but I like fast tracks a lot, so at the moment I have to say Assen, NL.

No. it’s definitely not impossible. If people say that women can’t drive F1 because it’s too hard due to physical features, why can there female astronauts or fighter pilots? There is lot more G-forces than in F1 car. The cars are more developed nowadays and it isn’t hard to drive one.I think the problem is that there are not so many woman drivers in the world. I claim that if you put as many girls as guys in a go kart at the age of 3, for example, later on there will be as many talented girls as guys. Everybody has to remember that there are also a lot of “bad” guys. Only few of them all are talented. So it makes quite difficult to find many talented girls because there aren’t many in this sports in the first place.

“Other pilots try sometimes to hit on me, but I try to keep it professional”

Have you found that people treat you differently at the tracks for being a girl (when competing against boys)?

Of course I have. It’s quite funny that I’m always the target to push off at the track. Most of the guys can’t handle the fact that a girl can be a faster driver. But it only gives me more strength. Unfortunately no matter if I have had good results in past years, when I go to a new series and team nobody believes I can go fast. There are always people saying “well she had some luck last year, there is no way she can do it again”. So year after year, I always need to prove myself as a racing driver to the new team, drivers and public. It’s hard work, no chances for mistakes. 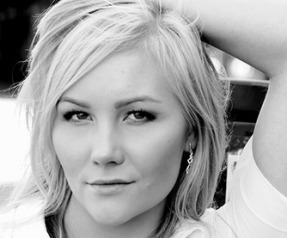 You are quite a pretty girl. Do the other pilots try to hit on you (outside the track)?

Hehehe, well yes they do try sometimes. But I keep it professional.

What is usually the boys’ reaction when you first tell them you are a car racer?

“NO WAYYY, really?? How cool is that!” Then they start to ask more and most of them are really happy for me and thinks it’s great that I beat the guys.

When you go out at night with friends, are you always the one on charge to drive?

Well actually, I am. But because I want to. Nowadays everybody knows I’m always by car so then they want to have a lift home…. 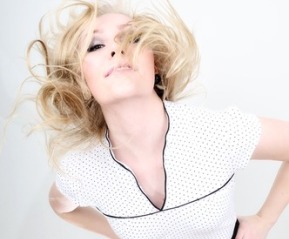 Are you planning to continue your career as professional racer, or do you have other goals in your life?

My priority in life is racing, so of course I’ll do whatever it takes to be a professional racing driver, remain one and to develop all the time as a driver and person. But of course I have other things in my life as well, which I think is really important. I’m into politics. I’m part of the Sports Board of Helsinki and I belong to the biggest party in Finland called Kokoomus. But I’d love to study acting in the theatre academy of Helsinki. But I need to find out if I have the time for it.

What have been the best and the worst moment of your racing life so far?

The best moment was when I got invited to an Audi DTM- test in December 2007. I had the chance of my lifetime to show that I’m talented driver, and I did it! The worst moment must have been the whole last year because of the difficulties I had with my team and all the bad luck, including really heavy crash.

What does Emma enjoy doing when she is not competing?

I enjoy especially singing, but also dancing and playing piano.

If you would have to choose one: Fernando Alonso, Lewis Hamilton or Kimi Raikkonen?