Interview with Jukka of Deep Insight

Deep Insight is on a rampage! After releasing their kick ass album Sucker for Love and receiving the MTV award to the best Finnish band, they are going through probably the sweetest moments of their careers. Jukka, their vocalist, attended kindly our questions and explains how after a huge effort and tones of sweat, the bright side of rock is smiling at them. 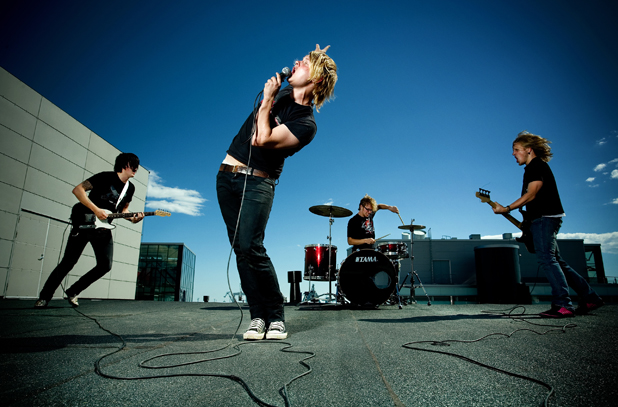 Hello and thanks a lot for your time. If you would have to describe to a new listener how your latest album, Sucker for Love, sound, how would you picture it and your style?

The record cover represents the album very well. We ripped our chests open to give everything we have to make this album. It’s all there in those 11 songs.

You have recently be awarded with the best Finnish band MTV prize. Are you satisfied with it, or you do not give much importance to the prizes and awards?

We’re extremely happy about the award! Thanks to all of our fans for voting!!!

By the way, I noticed that the album is dedicated to Lucas. Has any member of the band be father recently?

Lucas was the work title for our producers’ child. He was born the same week our record was released.

I fancy a lot the artwork of the cover. Was it specifically designed for your album?

Thanks, that’s so nice to hear. The Lego man is a sculpture made by an American artist Anthony Sawaya. He was happy to give the picture for us to use our record cover.

“Many times outgoing people are keeping a mask in front of the real personality.”

Tell us a bit please how you got to know each other and started to play music together as a band?

Me and Johannes have been BFF’s as long as I remember. One day in sauna we started talking about having a band. First it was supposed to be an acoustic project, but already at the first rehearsals we had a drummer and a bass player join us.

Can you nowadays live on just playing music, or do you have other jobs/activities apart from the band?

It’s still difficult to make ends meet with just playing music, but it’s getting better all the time. When we tour there’s nothing else in our lives then the band. 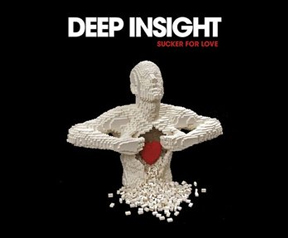 The band, starting from the name, puts special attention in showing that appearances are sometimes deceptive and what matters is the inside of people. But how do you feel with that idea in Finland, when people seem a bit introverted? Is it not difficult sometimes to get to know the inside of people when they are shy or keep distances?

I feel that it’s easier to get to know people if they are slightly introverted. It takes a little effort to break the ice, and once you get through, you see the real person. Many times outgoing people are keeping a mask in front of the real personality.

It seems that nowadays every 1 of 3 guys in Finland plays in a band, the new number of bands releasing rock albums is amazing. Is this healthy for the industry, or does it make the market very tough to breakthrough?

I think it’s always been the same. New bands pop out like mushrooms in the rain. I consider a band to be a band after it’s released at least 2 albums or have been together for 3 years. These are the minimum requirements!

What are your future plans for the end of the year and beginning of 2010?

We just finished our tour on the 18 of December and now we have two months holiday for writing new material. 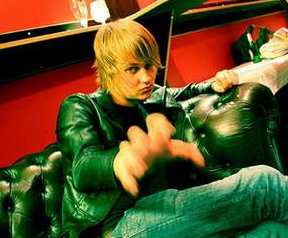 Favorite place you have played so far?

Best memory on stage or backstage?

Too many to good memories on and off stage.

Best band as a partner to tour with?

If they would offer you to play in a country or festival you have not been yet, which one would you choose?

Whatever is your taste. Both of them are superb!

If for chances of destiny you would not play in Deep Insight, is there any other band you would like to be part of?

For more information about the band, visit:
http://www.myspace.com/deepinsight