Interview with Marko Atso of Metsatöll

If there is an Estonian metal band that has been able to break through internationally (and singing in Estonian), that is Metsatöll – an ancient Estonian word used as an euphemism for “wolf”-. And if there is an Estonian metal band linked to Finland nowadays, that is Metsatöll too, after having signed with Finnish record label Spinefarm (the most important metal label in Finland, a name behind the success of Finnish bands like Nightwish, Sonata Arctica or Chldren of Bodom) and scheduling to record their next album at the legendary Finnbox studios.

Metsatöll is probably living their most exciting time after their formation, bringing their folk metal to the masses all over Europe in a tour together with Finnish Ensiferum and Tracedawn. Their drummer, Marko Atso, had time to answer a few questions of what is going on for the most international Estonian band nowadays.

Please Marko, tell us a bit about your beginnings in the music. How and when did you start to play drums?

I started taking music lessons in 1979, at that time I was singing in choir. At the age of nine, piano and block flute lessons accessed. I started being “metalhead” at the age of 11, when I saw the Kiss´ song “Tears are falling” from the Finnish TV-show Hittimittari. I started to play drums in 1989, when I was 16 years old. The band was called Aggressor. 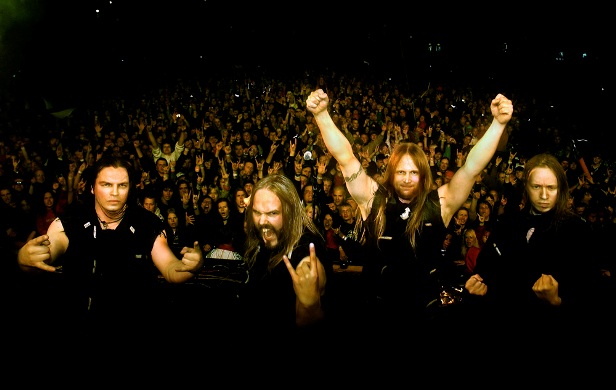 When you were a child, it was still in the Soviet Union times. Did you have access to hard rock and heavy metal, or what music do you remember to listen firstly? How and with what bands did you start to listen to metal?

In the Soviet Union there were no people, who had access to hard rock and heavy metal until the year 1983 because all the recordings which had that kind of music on them were broken on the border by its workers. Photos of Twisted Sister, Iron Maiden, Ozzy Osbourne were photographed from the magazine Suosikki and were sold with very high prices. Cassettes with bad quality, brought in illegally by Finnish friends, were handed to each other. A thick book could be written about those times. And I believe that people, who have lived only outside of the Soviet Union, would not believe the stories in it. Firstly I listened to Ozzy Osbourne, Metallica, DIO and Iron Maiden, basically in 1984.

You joined Metsatöll in 2004. Did you know the other guys beforehand? How was the process and your first impressions of playing together just after joining?

I knew Kuriraivo before, because I had played with him in another project for a  year. I got in Metsatöll by accident. They were going to give a concert in two weeks at Tavastia and had no drummer, so they asked me and I had to learn all songs in two weeks and had no time to get any impression about the band. But I have to confess, that those songs seemed to be absolutely absurd at first, because I had never played or heard songs with such a structure before.

I have read that you build yourselves in the band many of the instruments you use. Do you copy old designs, or do you create new modified ones? I see that in Estonia most of the guys enjoy as hobby doing reparation and “remont” work. Are you also the kind of guy who is on Sunday morning fixing things at home?

I haven’t done any drums, but I have built myself an apartment and a house. Lauri does most of his instruments by himself. At the very moment we have electrician, builder, IT-specialist and also a teacher in the band.  I do not like fixing things, I construct them, and usually those things remain for many years.

Do you have difficulties to combine your job and other activities with playing in Metsatöll?

We have no difficulties with combining our jobs and other activities, because Metsatöll is our activity no. 1 and other things come after that. First things first!

“We have many good bands and musicians in Estonia. They just need more stimulus”

The economical crisis is hitting hard everywhere, but as far as I see, especially in Estonia, where many construction workers do not find anything, etc. Do you notice it in your everyday life?

Yes, I do. But what does not kill us, makes us stronger. People who have lived in Soviet Union are used to more awful things.

You have recently signed with Finnish record label Spinefarm. How is the cooperation so far? Do you think that this will improve the international promotion of the band?

Cooperation is very “chill” and pleasant, we feel like being children who have just reached home. It stands to reason that this contract has its influence on the international promotion.  We have done it by ourselves so far, now we can just do good music.

You are quite a well known band also in Finland. Do you notice any difference in the audience when playing there compared to Estonia?

Yes, you could see more tattoos and body piercing among Finnish audience. 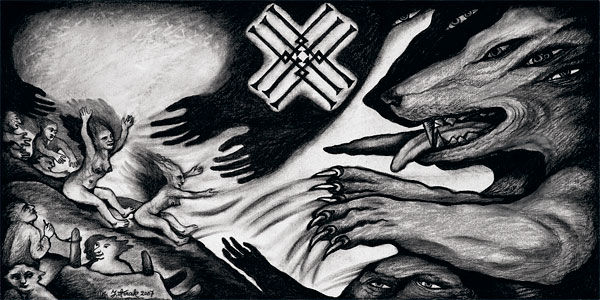 What other Estonian bands (metal or other style) would you recommend to a foreign listener who wants to discover more about Estonian music?

I would recommend from the metal style Horricane and Loits, industrial No-Big-Silence and Pedigree and for those who like progressive music, Contus Firmus.

How do you see the Estonian metal scene nowadays in general? Do you think that has a good health in the number of bands and venues to play?

We have many good bands and musicians in Estonia, who need more stimulus and feeling that they are necessary to somebody. Of course, some of them are too lazy to achieve something.

I see that you have a busy summer ahead, touring around Europe (including 4 gigs at my native country Spain). Is there any particular country/city you are looking forward to visit?

No, there isn’t. I am just looking forward to the European tour. Driving around Europe in tourbus has been our dream for 10 years already.

We will start recording our 4th album in the end of July at Finnbox. This is going to be a very interesting one. You should also check our website www.metsatoll.ee 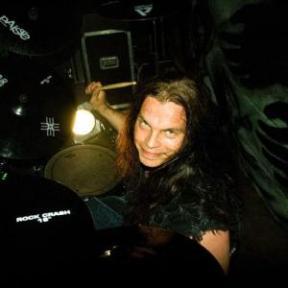 Best memory of a concert you have played?

Warming up Metallica with band No-Big-Silence in 1999 and Motörhead in 1995, also a concert with Metsatöll in Tuska Festival in 2006

And best concert you have seen as spectator?

What is the craziest thing that you have seen happening backstage?

We played on Rock Summer festival in 1994 and after that, bands Korrozia Metalla and Napalm Death, who were going to play on the same stage, clashed. 15 people took part in the fight and it was quite a serious one.

In my opinion both drinks a lot, but Finnish are better musicians. I can say this, because I have been sober for seven years after being professional alcoholic. Usually all alcoholics are good persons.

What would be the first word or sentence in Estonian that you would teach to a foreigner?

It depends on how old and what kind of outlook he/she has ;)

One Response to “Interview with Marko Atso of Metsatöll”