Malevich: The Beauty Of Simple Forms

Born near Kiev in 1878, Malevich is with no doubt one of the pioneers of abstract geometric art. He was inspired by Cubism and Futurism until he gave birth to a new stage not only in his work, but in the whole history of art: Suprematism, a concept that alludes to the supremacy of form.

Hannele Savelainen, researcher at Emma museum, explains us: “Malevich was a great thinker, and behind his work there is a complex philosophical and artistic theory. He was filled with a great sense of mysticism. For example, the concept of “zaum”, which refers to things beyond the reach of rational, is very present in his art’s theory. In this way, the surface of the painting is considered as a field of energy, where the colours are alive. The surface becomes sacred”. 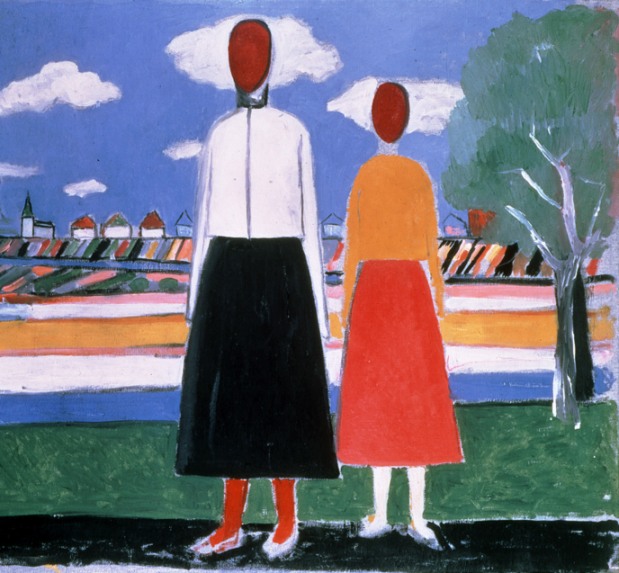 In the current exhibition you can see some of the most famous of Malevich´s work: the black square, the cross and the circle on white background. Although arranged on different walls, the group looks like it could possibly be a triptych (a work of art done in three separate panels, which usually would be hinged together). There, the energy is clear and condensed in the black surface, while the white background represents emptiness. As a peak in Malevich´s Suprematism theory, he even painted a white surface on a white background. Unfortunately, EMMA could not get any of these works.

Malevich was so immersed in his Suprematism philosophy that in the early 1920s he left painting for several years to focus on teaching. The new Soviet system under the Totalitarian control of Stalin never allowed him to come back to such radical Suprematism ideas, but he always managed to walk on the edge between the official art, and his own vision and theories.

He focused on basic geometric forms and bright primary colours. Observing the different periods and stages of his life and work through the exhibition in Espoo, you realize that he never abandoned the use of the same colours in his palette. {quotes}It can be an abstract composition, or the portrait of a peasant, but the same primary colours remain there as a very personal touch in his work.{/quotes} 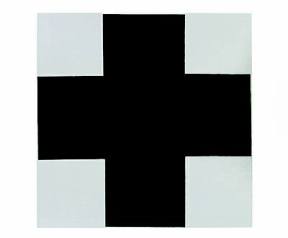 The exhibition has more than 50 paintings of the artists, most of them borrowed from the State Russian Museum, which has collaborated very closely with EMMA. The different periods of the artist’s work are widely represented, from their cubism compositions, to his more radical Suprematism period, and coming back to depicting figures, in concordance with the Social Realism art that was sure to follow. But many other aspects of Malevich´s creations are covered as well: drawings, costumes designed for the futurist opera Victory over the Sun that was played in Uusikirkko, on the Finnish side of the border (and with a strong resemblance to the Harlequins painted by Picasso during his earlier period), sketches and designs for buildings and other objects, such as a curious teapot.

In contrast with the geometrical compositions, the portrait of his mother, painted in 1932 – three years before her death – shows a very warm image of a person who always supported him all throughout his artistic career. There, a more humanized concept is in his latest creative period, with a style that approaches the great classics of the Impressionism.

An amazing feature in Malevich´s work that the visitor can contemplate all through the current exhibition is that he was able to master different styles without ever losing his own personal perspective of art, and that is why he is and will always be remembered as one of the fundamental figures in contemporary art.