Review: The Kids Are All Right

The Kids Are All Right is quite an entertaining movie, at least for the 3/4 of its total length. What could have been one of the highlights of past year gets darkened in the end by the hand of director Lisa Cholodenko, obliterating totally the role of one most than notable Mark Ruffalo.

Ruffalo is great in his role, laid back, relaxed, open minded, generous, flirtatious but loving, maybe with a bit of a peter pan complex not to grow up into responsabilities. But all in all, his character did not deserve that “end”? (because we certainly do not get to know much about what happens with him). Cholodenko was so focused on having to show to the audience that the love, even if it is in a disfunctional family, and the bonds, win over society, that she left the movie fall into a boring and annoying ending. Unforgivable… 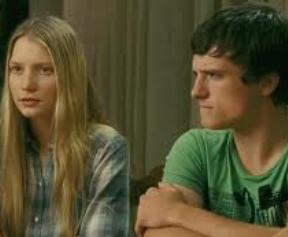 All in all, the cast will make you enjoy the movie, with a Julianne Moore that continues in my humble opinion being one of the sexiest mature woman in Hollywood, with permission of Diane Lane, and Annette Bening, who maybe does not shine here like in other productions, but it is quite a good complement for Moore and Ruffalo`s perfomances.

The worst: The end, just letting the character of Paul fall into oblivion.

The detail: You can see at the beginning of the movie how Laser´s friend, Eddie, is wearing a t-shirt from the Finnish rock band 69 Eyes.

The Kids Are All Right- Trailer