Riot On – A must see Finnish documentary!!!

Since long time ago I wanted to post an article about one of my favorite Finnish productions ever made, the documentary Riot On! (2004).

I would reccommend Riot On! for many reasons. It is not only because it is a Finnish documentary and easy to follow because most of the lenght is spoken in English language, but because it is probably one of the funniest and best edited that I have ever seen in my life. 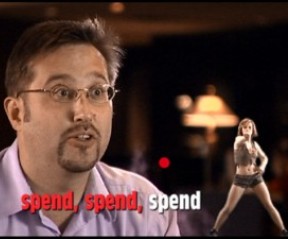 Besides, it talks about IT and mobile industry in Finland, where I work. Being honest, probably 95% of the foreign population in Finland came here for studies or due to a partner being Finnish, and many of those 95% end up working, even if it was not their pure background as it is my case, in IT industry, because among other reasons, there are not many other chances for foreigners in Finland, as most of the expatriated who have lived here for a few years know very well.

But although it will make the experience more enjoyable if you have lived in Finland for a few years and you have worked or currently work in an IT company, it is a documentary that can be seen by everybody, and it is almost impossible that will not provoke you a few laughs.

Mixing reality with fiction, the story of this Finnish company that went to the top and burnt the money it is a tragicomical example of people who were at the right place, but not at the right time. The founders of Riot On! were pioneers at many levels, and although their way of handling business was crazy, sometimes you can see that the thin line between being a genius or being a loser us… very thin!

The rythm is amazing, you do not feel bored during the interviews, due to the funny anecdotes and the catchy characters, especially the CEO Jann Wellmann who exhales real charisma.

As I said, you cannot take seriously 100% of what it is narrated there, because the same people behind Riot On! are the ones directing the documentary. Take it more like an exercise where little doses of fiction ornate the reality, because Riot On! really existed, and the core of the story really happened (unfortunately, we have not been able to locate any copy of the spicy DVD that supposedly was recorded at some crazy mixed sauna parties as it is stated there…). 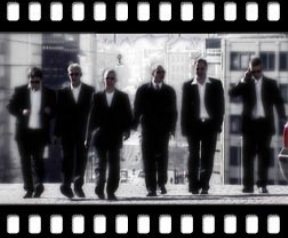 Riot On!, although taken to the extreme, gives a good example of how the Finnish society is. People who look very serious at the office space can be passing out on the floor a few hours later after a crazy sauna party, and people who seem the most serious in the universe can turn doing some amazing behaviors… As I said, working myself in IT for a few years, I know that once from the inside, you see that not everybody is so hard worker and responsible as it seems for the outer world. That your boss is dissappeared for a whole day with no explanation is nothing uncommon in Finnish offices, for just putting a small example, and that happens when people are not calling sick leave days to fight the hangover after a previous night with too much booze in the mix…

On the other hand, Finns have a special talent to connect with the needs of the people in the digital era. If nowadays is true that Nokia is not going through their best time, take a look at Angry Birds, the most popular mobile phone game created by a company called Rovio in… yeah, you guessed right, Finland!

If you like good and funny documentarios, Riot On! is for you. And if you have some connection with Finland and its strong IT industry, this is definitely something you cannot miss!

One Response to “Riot On – A must see Finnish documentary!!!”