Having access to the backstage of a festival has its good and bad sides. The bad ones is that you pay for a coffee or a beer more than outside, the good one is that you never know whom you can find sitting close to you. During last Rabarock festival in Estonia, I unexpectedly crossed my way with Lenna and Piret of Vanilla Ninja, one of the most international Estonian bands and did not waste the chance to shoot a few questions at them!
It is not common to catalogue girls who hardly reach 25 years of age as “veteran musicians”, but the young and beautiful girls of Vanilla Ninja can certainly say that they have been around, starting their career at a very tender age. Now, with more clear ideas about the business, but still having fun, they seem to be sure about what they want for their present and their future. I met them just minutes before they went onstage to participate in the project B.D.Ö., the biggest metal band in the world, that condensed many famous Estonian singers gathered together. Full of sympathy and energy, they were eager to answer a few questions about their band and their views on Estonian music scene.

I suppose the weather is not the best one to play today. Have you played before at Rabarock?

Piret and Lenna: No, actually I think that it is a good experience because the rock fans get a bit scared if they invite us, so now we got invited. 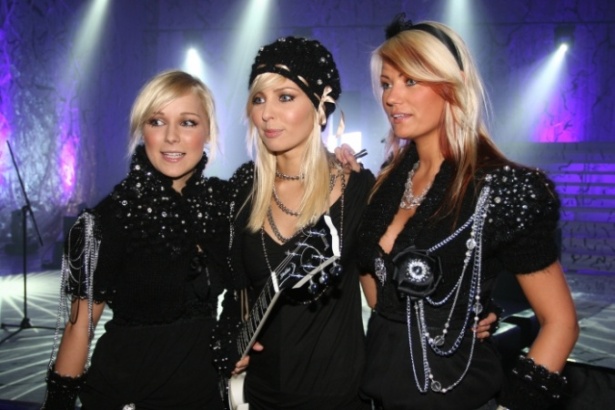 Do you still go by the name Vanilla Ninja?

Piret: We had some legal issues with the name.
Lenna: we were 1 year in court but now everything is back to normal.

You are one of the few Estonian bands that broke through internationally. Why does not happen more often?

Both: I don´t know, there is no answer.

Piret: You need to have good connections and we were very very lucky as we had one guy who was working with one Estonian band and we started talking and then we had the chance to go to Germany, but it does not happen really often, like never…

Lenna: I think it happens everywhere, like for example in Germany also, you have many good bands but they are on their own, so the question mark “why” not to go to other country and take competition from there, there is a tough competition.

Piret: Now there are a few bands that have played abroad like Bedwetters, they made an album in Sweden, and Kerli. She has bigger plans. 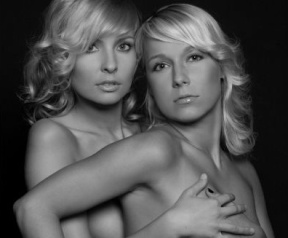 But at the beginning she was much criticized for going to USA, people telling that she would never achieve anything important…

Both: Well, it is always like this. At the beginning everybody is like “ohh buhh”, and then after when they get a number 1 the same people are like “oh my god, you were so big in the beginning”

I know you do other projects apart from your musical careers, for example Piret was working for MTV…

Piret: Yes, I was working with them. Yeah, we are doing other projects, we have been doing Vanilla Ninja for 7 years, when we started we were very young, and now we all have the feeling that we would like to have a little rest from music and try different things and then come back to it after a few years or something.

How old were you when you started?

How was when you were teenagers and people recognized you in the streets?

Piret: It was crazy of course!

Lenna: But it was also fun!

Piret: It was fun most of the time, but the longer we do the more we see how hard it is.

Lenna: But actually that is also one reason why we are so grateful because we were so young that we were willing to take all the risks and then when somebody offers to do those things, we say “no way”. At the beginning we were “yeah yeah, let´s do it!”

Piret: I think it was good that we started so young and so naïve.

Now you are young but with a lot of experience!

Both: Yeah, for sure!

What Estonian bands that you would recommend to foreign listeners?

Lenna: I am fond of PopIdiot and Stella.

Piret: Popidiot is really good and I really liked their last album. What are the future projects for you?

Lenna: As Piret said, we want to take a little break. We do not want to break up with the band, we are making concerts but we are not making any new album at the moment, we are not planning it. We are gonna take it easy and have some fun and try new projects.

Piret: Just to keep ourselves fresh and experience different stuff. For the last seven years we have done the same kind of music and we cannot change it in Vanilla Ninja, the style has to stay the same, because the fans expect that and otherwise do not like it.

But it is always the change, isn´t it? If you change, people criticize and if you keep the same they also criticize.

Piret: But you know, for ourselves we decided that we do not want to do the same thing right now. We need some change, but I think that after 3 or 5 years or so it would be nice to come back to the roots of the band.