Interview with Mika Tauriainen of Entwine

Entwine has a new and kicking studio album, Painstaned. For celebrating this, we had a great chat with Mika Tauriainen, vocalist of the band, a few minutes before they played at Klubi in Tampere. While Mika kindly invited us to a beer and cigarettes, there is time to talk on and off the record about almost everything: yoga, philosophy, football, religions, reggae…  and of course a lot of heavy metal! Tired of the eternal comparisons with other Finnish bands and the twisted ways of the music business, Mika is just back to the same position of 10 years ago when he started with Entwine, caring just basically about enjoying purely the music! 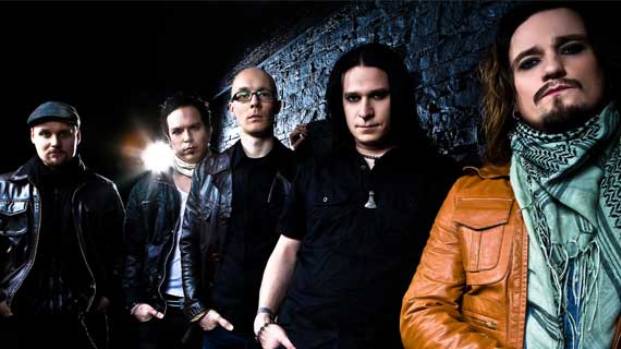 Thanks for your time Mika. So the hottest piece of news for Entwine is the recent release of the new album, Painstained. I know you do not like analyzing much the lyrics, but otherwise what can you tell us about it compared to previous ones?

I think this is a bit more organic and dynamic. We wanted to find something new in the sound. That is why we took Hiili (Hiilesmaa) to produce it. It is hard to explain. We got out of the Finnish metal sound; guitars are kind of rustier.

In the past you already had comparisons with other Finnish bands like The Rasmus or H.I.M. and now collaborating with Hiili (who has produced the previously mentioned bands), I suppose you knew that people were going to come back to the some topic again…

Actually we did not think about it so much and I am not thinking about these comparisons anymore. If people want to compare with other bands, it is their thing, I do not give a shit, really, because I know where we are standing and I try not to care about it. So the whole feeling of the album is different than before, from my point of view. It is maybe a bit harder to get into it, it does not open so easily than others before.

Why do you say that, because I have heard it and I think that maybe it is more catchy and easy listening than previous Entwine´s albums?

Well, the whole album sounds a bit rawer. It was not so produced than before. Well, of course it was in a way more produced than before, but I am talking for example about when recording the vocals, it did not take a hundred takes to get something good, it was coming more natural and that is why it sounds fresh you know, that is why I like it, it is more rock!

There were a couple of weeks of delay in the release. What was the reason?

No comments… I was pissed. The thing is that we had the releasing party the 17th of January, but the album was not even out when we had it. We actually put the whole album out at MySpace from the 14th to the 17th so we had something for the fans there and they could have the possibility to listen to the songs.

You use MySpace quite a lot to be in contact, you also did a quiz to give away merchandise for the fans. Do you believe about these social networks being effective to keep contact with fans?

It is a very good way to find people, it is free advertising!

I am not a rookie anymore. I do not need to be the typical rock asshole" – Mika Tauriainen –

How were your beginnings as a metal musician?

I played drums for 5 years and actually the second guitar Jaani was at that band too; I started my career with him. We had a band called Billy Goes. it was kind of Seattle rock style, a good band, if you know a band called Iconcrash from Finland, the singer played drums at our band at that time and he is a fucking great drummer still.

And what was the reason to change the role and become a vocalist? You do not feel tempted to switch in some gigs the position with Aksu (Entwine´s drummer who plays vocals in Tuomi)?

Hehehe no. Sometimes I feel like well, I would like to play drums but in general I am happy singing. I used to play the rock classics, Led Zepellin, Deep Purple, old school stuff. When I started to think about singing is when the entire Seattle wave came. Bands like Alice in Chains or Pearl Jam. The thing is that I jumped from behind the drums because I wanted to be on the front of the stage. I just wanted to sing. I never took singing lessons, maybe only ten and a half hours in total, some breathing exercises and so on. But nowadays I do not like singing much with “pure voice”, many Finnish power metal singers sing just very high and very clean and I think it is boring. Some of those singers sound just the same.

{mosimage}Now that Finland is a more metal country than ever, do you feel the scene different than a decade ago when you started?

Of course it is different. It is not so glamorous anymore. Sometimes it feels more like “work”, but I can´t say that I feel it like pure work, because after all it is fun. If we are talking about album wise, I am not thinking anymore “if it hits the charts or how much is going to sell”. Before with previous albums I could be like “ok, now it is going to be the time” and then when maybe it did not hit so big it was bad, but now I feel calmer, I enjoy music more purely, maybe in the end it takes some time to realize that it is only music. Now in that sense I feel like ten years ago, it is fun and leave the rest for the record company. If they do good job great, and if not, well, it is not my fault. At least I get to make albums and play live, and that is the main thing for me.

The only female member of the band, the keyboard player Riitta, quit a few months ago. What were the reasons?

She had a kid and she started school at 2007, so she had to stay at home, because her parents live far away and she did not have so many possibilities to go on tour and things like that. Maybe we would do a couple of shows with her, but not likely that she is going to be part of the band anymore because the kid is her priority number 1 now. 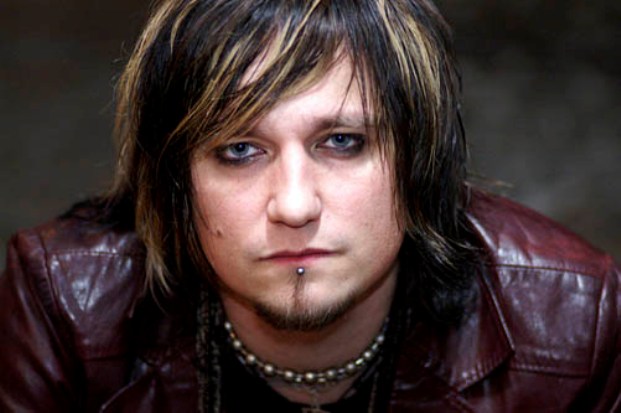 And how do you feel with so many metal bands in Finland nowadays. It seems that one of every three guys is in a metal band…

Yeah, and especially in Tampere. Everybody is in a band! Well, I am not really thinking about it, I know of course that there are many other bands, but I am over that. It is not about competition for me. I am doing my job, and if somebody likes it, it is good, and if somebody does not, I do not care. Maybe it is because I am not a rookie anymore, I am not 20 (Mika is 34) so I know my place. I don´t need to be the typical rock asshole, like I see with some other people.

What is coming next for Entwine? I know you will be playing more in Finland and other places like Russia, so then…?

There are plans to go to play to USA, I don´t know exactly when, but maybe in autumn hopefully. We were talking also about going to Spain. Let´s see what is going to happen. In Moscow I have been once before…and basically we were drunk the three days we spent there. We had a release party and then took the train for 12 hours and when we arrived, we had a great hangover. I slept probably 2 hours in 2 days. I was totally fucked! Now I suppose it is going to be a bit more relaxed than that time.

{mosimage}Favorite place to play in Finland?

Qstock in Oulu  last summer, best show in Finland ever!

In Barcelona last year we had a great show! People started to shout asking for the encore like if it would be a football match. I was touched and very close to burst into tears.

Who is the guy who drinks the most in the band?

I like sports, I play tennis and badminton and football. But I have had problems with my back for the last couple of years.

Nothing hard. I only like “natural” things that grow from the earth…

Last CD you bought (not downloaded)?

I have never been collecting albums. Of course I love music. I do not remember the last one I bought, but the first one I can tell you that was Yngwye Malmsteem´s Rising Force. That album was fabulous!

For more information about the band visit:

One Response to “Interview with Mika Tauriainen of Entwine”