Visiting Vilnius, the capital of Lithuania

Taking advantage of the long Easter weekend (yes, miracle, Friday was a national holiday in Estonia. Not that you have many chances through the year of enjoying long week ends in Estonia…) I decided to visit Vilnius, the capital of Lithuania, and the only country in the Baltic-Scandinavian region where I had not been yet.

The trip was long, 4 hours by bus to Riga and another 4 from Riga to Vilnius, but worthy. My Finnish friend Ilkka flew from Helsinki to join me, and there we met at Old Town Hostel. I must say that the double room we had was excellent. Actually, one could feel like having a hotel room, because it was separated from the rest of the hostel, and we had our own key to go in and out whenever we wanted withouth disturbing anybody. The price was fair, so I reccommend it. 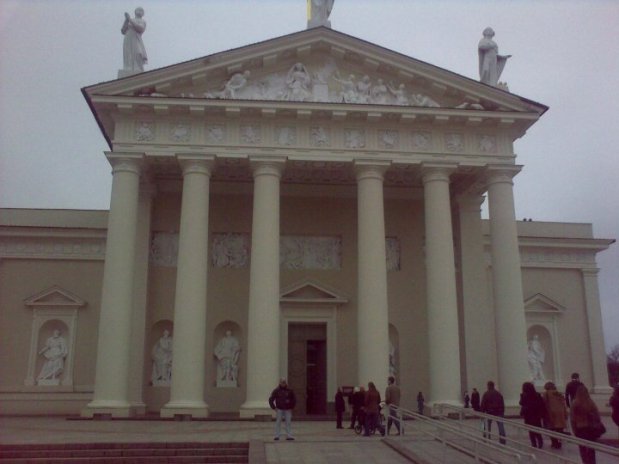 We wandered during the weekend mostly around the old town, so I cannot say much of the rest of the city. But I liked a lot what I saw there. The city is clean, the buildings are in good shape, and the atmosphere is charming. The nightlife was sadly quite dead, due to many people having escaped from the city for the holidays, but even though, we found a couple of bars where to have fun. We settled our operational base for the night especially at the University Pub. But during those days there, most probably there were more people going to church than to bars. And it is amazing the amount of churches you can find in a few square metres! In every corner there is a church in old Vilnius! Even if you are not a religious person, you cannot less than admire the special atmosphere that this gives to the city.

About Lithuanian people, I must say that in general they were pretty friendly, even better than expected. Girls actually smile you easily at the bars, and are very eager to have a conversation (I would say that maybe more friendly than Estonian girls, who usually give you the look of “do not disturb me foreigner, I prefer to talk with the local guy who looks like a retired boxer” when going out at night. But also Lithuanian guys (ok, those who are not 2 metres high and look like serial killers) were quite friendly, and we had the chance to chat with quite many of them while sharing some beers. 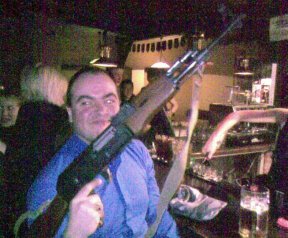 As a final remark, do not make the mistake to confuse Lithuanian language with Russian language (It happened to me once, sorry!!!). In Vilnius, only around 9% of the population is Russian speaker, and the local Lithuanians do not take very well the comparisons. In that sense, they are probably less welcoming than in the other Baltic capitals, where Russian speakers are more widely spread among the local population.

If you still have not visited Vilnius and are thinking about a possible weekend destination, do not think it twice. Prices are affordable, the city looks good and pretty safe, the people are friendly… and the women pretty ;)

One Response to “Visiting Vilnius, the capital of Lithuania”