One of the best Finnish rock releases of the year!

If White Flame would be an American band, we would be talking here about the new sensation of the international hard rock scene. But not…yet. The guys are from Tampere, (with permission of Helsinki, the semi “official rock” city not only of Finland but probably of the whole Europe). With a sound that drinks from the great American rock bands of the 80s, White Flame is able to combine the attitude and “dirty” touch of people like Mötley Crüe and an awesome work of composition in the lyrics like (the young) Bon Jovi or the best Guns & Roses. 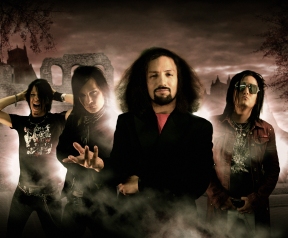 Still not afraid of even making fun of themselves and all the rock star status, the truth is that they have created probably one of the best 5 hard rock albums of the last years. The guitar riffs sound like glory from the beginning, Vince on the vocals stands up doing a great job and tracks like Tall Thin In, Dancin`with her Sister or Frontrow Girl just give you an idea of the top quality level that the Finnish musicians can achieve.

A very very very good hard rock album. Hopefully there will be many others to follow!