Anathema at The Circus in Helsinki, concert on November 9th

Helsinki likes Anathema and Anathema likes Helsinki. The British band visits often the Finnish capital during their “The Optimist” tour, having increased the capacity of their gigs from Tavastia to a middle size venue as The Circus is, during their last appearances here. A tour that certainly has been packed with a lot of dates in just a few months, the day before Helsinki the band had also performed at Pakkahuone in Tampere, so they are really pushing the pedal with not much rest for several months in a row.

Even when being a cold Thursday and with the concert starting at a late hour after 22 p.m. the Finnish audience once more was faithful with a packed venue (although many people did not stay for the last songs of the Encore as probably they needed to head home for an early start at work next day Friday). 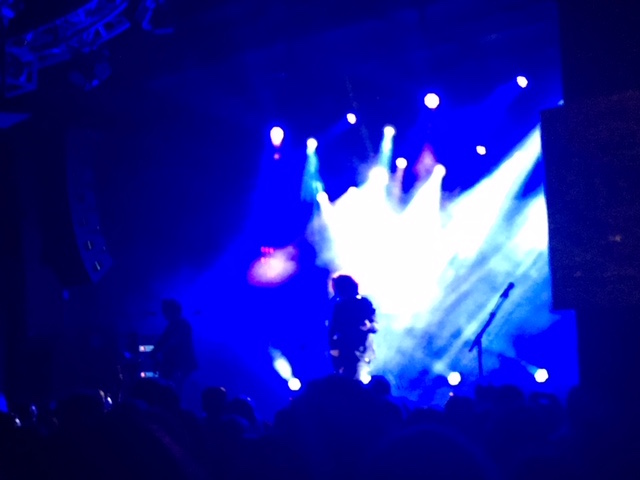 We will save here from commenting the gig of the opening band, the French metallers Alcest, as we just arrived on time to see the main performers, but they have been receiving quite a positive praise along this extensive tour, so we hope we have a chance to check them out later on.

With some minutes of delay after 22, Anathema, the band from Liverpool, took finally the stage appearing in their positions one by one slowly while the instrumental theme San Francisco sounded in the background.The 3 Cavanagh brothers taking the front of the stage with Portuguese drummer Daniel Cardoso supporting from the drums and the always unmistakable beautiful female voice of Lee Douglas to support the band through most parts of the show.

What came next was one of my favorite moments in the whole concert, the amazing 2 parts of “Untouchable“, a really epic work of melodic metal. Later on the setlist that followed was maybe not the best one for my taste, I would have expected a few more classic themes (for example the setlist of their release live concert Universal filmed in Bulgaria with an orchestra is superb for my taste) and we have to be honest with the weak reception of their latest album, as for many fans is the worst they have released in many years. But understandably, the band was touring with that new album, so the setlist had to be adjusted. 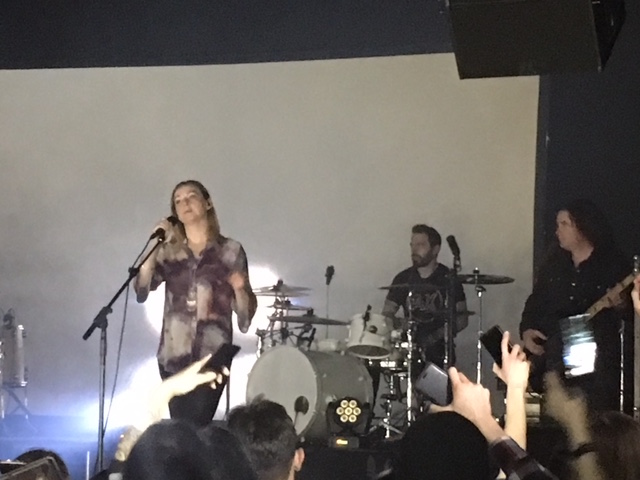 Some funny moments with guitarist Danny Cavanagh being very talkative to the audience “are you calling me a prick?” asked with some dose of British accent or “if you consider me a good songwriter, and I think I am ok, I hope you like next one” while his brother, vocalist Vincent Cavanagh jumped from one place on stage to the next hyperactive and cheerful, singing or hammering drums, spiking up the good energy levels of the show for the Finnish fans.

The show ended as traditionally with a powerful version of “Fragile Dreams” with a very tasty intro of Shine on you Crazy Diamond from Pink Floyd, so I would dare to say that, without diminishing the rest of the show with some pearls like “The Lost Song” or the crazy utopia of “Closer“, the start and the end were the best parts of the gig. See you soon Anathema!

The Beginning and the End

Back to the Start