In a chilly spring Finnish evening the first fans queue at the doors of Nosturi while around the corner, at the terrace of Nosturi ‘s restaurant, some members of the epic German metal band Blind Guardian chill out before the show and attend their media compromises.

It is there where, sitting relaxed at a table, FREE! Magazine meets their guitarist Marcus Siepen for an exclusive interview:

Thanks for your time Marcus! As I guess you know Finland well as you have visited here in the past, what are your feelings when coming back here?

-Oh it has been great. We have played here a couple of times, we played at Tuska Festival and has always been great, the people are great and we have friends here in Finland. Me and my wife spent the whole day yesterday walking around the downtown with friends and we are looking forward to the gig!

Do you know good bars around the city?

Actually I have been to a metal bar, Prkl, and we have also been to Steam bar, that looks amazing. So yeah, we have been walking around.

What do you think of the Finnish audience, some people think they are a bit different when compared to other countries where they scream a lot.

They are a good audience, they are calmer here, yes. It changes it anyway from country to country. Spanish fans are different from German fans and German fans are different from Swedish fans and Swedish you cannot not compare them to Brazilians. And that is fine, as far as you know how to handle them. I don’t need to have people screaming all the show in order to see the fans are enjoying. 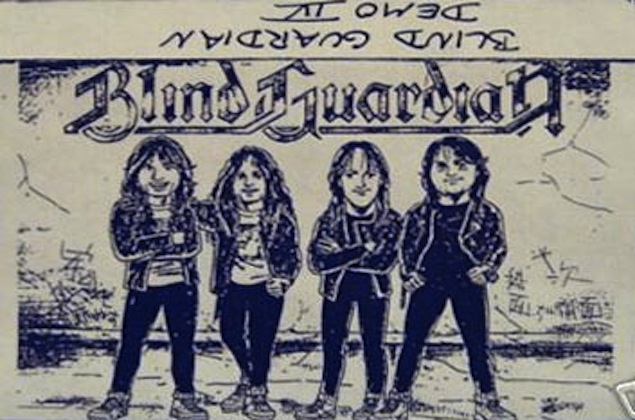 The band is cancelling 2 dates in Russia after this gig in Finland. What are the reasons if I may ask?

There were problems with organization and stuff and sadly we had to cancel, which is a pity.

So you will play in Russia, Belorussia and then Australia and Japan and after that you will have a summer break. Will there be time to relax or busy preparing your incoming live album?

We are already booked for the studio so we have to go through recordings and stuff and we also want to do a couple of rehearsals and there are still some songs that are on the list to be played that we have not played so far and we want to be ready for the next block of the tour. We leave for South America in September and we will be on the road almost until Christmas. And next year will continue, all the festivals, more individual shows, we will be on the road until Autumn next year.

I have heard that you were planning for long to do this orchestra album. Will there be time with this hectic schedule to work on that one?

There will be. The original idea was maybe to finish it on the summer break, which now will be occupied by the live album stuff, but we definitely would like to finish it next year. So that is a fixed plan.

Coming back to the current tour, even when talking to some of my Spanish friends who saw you in Madrid, we commented if you guys ever get tired when audience request “Majesty” all the time…

Yes we do! You know, Majesty is not a bad song, not at all. The thing is that it was written in 1986, so it is almost 30 years old and you know, at some point I really do not get the obsession with that song, when there are so many songs to choose from! But you know, we play it. It is just that we cannot always give in to the crowd to dictate the set. The funny thing is, in one of the shows we played recently, we actually put Majesty on the setlist, and we did not put Valhalla on the setlist. What happens? Right from the beginning nobody screams for Majesty, everybody starts to scream for Valhalla! Hehehe. And we are like fuck! What is this?! What is wrong?! Hehehe. So we ended up playing Valhalla as well…

I remember to have seen you myself live on the Forgotten Tales Tour when I was 16, more than half a life ago. How do you notice the change with the past of time with the audience. Is it still people who grew with the band or do you see new generations coming too?

It is a mix, and that is the great thing. Normally when we go on tour, we always see people who seem to be growing with the band, who were there on previous tours and they keep coming, but we also see younger kids, and that is great for us, as it means we are keeping old fans but we are gaining new ones as those kids are too young to have been in all those previous tours. It is great to see new generations digging our music.

And for you, how do you keep motivated after so many years playing?

We love what we are doing. I do not need to motivate myself as this is what we love to do. Anybody in the band. We still love the music that we are playing and we still love touring. Obviously sometimes you get tired of touring because it is demanding, all the travelling and stuff. So sometimes we look forward to taking a break at home, but then when we take the break we are looking forward to the next tour block because playing live is just awesome.

What about your new album Beyond the Red Mirror. Has it been particularly demanding as you have collaborated with different orchestras, 3 different choirs, etc.

It has not been different than previous stuff. People have been telling in the past “it will not be possible to play that song live” and it was possible. We have a keyboard player with us and it is perfectly possible to play all that stuff. 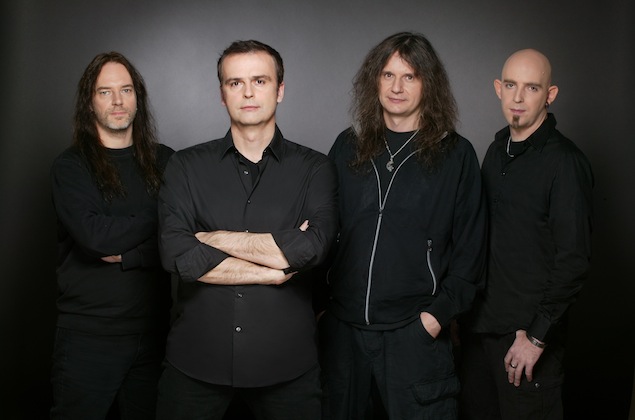 How do you perceive the reaction of the people to the new album?

The reaction has been pretty awesome. What normally happens in the past is whenever we went on tour with a new album and we play new songs, reaction to the new songs have been a bit calmer compared to the old classics and only on the next tour they were on even level. This time is different, we play 4 new songs and there is a 5th one coming that we are still rehearsing a bit and they seem to be instant classics. The reactions are almost the same as with Valhalla, Majesty, etc. The reviews of the album have been excellent, not only on magazines but also when you talk to people.

I know you are also a fan of fantasy books and they represent a big source of inspiration for the lyrics of the band. Do you follow Game of Thrones?

I love the books, I read all of them in a row and I am waiting for book 6 to be released. But I have a kind of love/hate relationship with the TV show. As if you consider it as only a show, it is very well done, great actors and settings… but they fucked up the story. They changed it so many things… and that is why I fucking hate it. I even did not watch The Hobbit movies for that reason. When Jackson announced he would do the Hobbit, I was curious, but when I read he was planning to do 3 movies of a book of 200 something pages… I did not want to see them. If somebody makes a movie out of the book The Hobbit, then it should be based on The Hobbit. Not 10% on the book and 90% on things that could have happened.

With Game of Thrones I watched the first 4 seasons and most likely I still will watch the 5th one, because as I said it is a love/hate relationship. When I watch it I try to forget the books but in the end I keep bashing and cursing, but then I keep watching it. If you could disconnect the show from the books, it would be awesome, but I keep thinking “That is wrong, they do not go there, they do not do that”.

Is it true that when Jackson was preparing the Lord of the Rings trilogy movies, there were contacts with the band to take care of the soundtrack?

The whole story got blown up a bit out of proportion. Yes, at some point we were asked to send some samples. There were some sites where fans could vote who they wanted to participate and our name kept popping and we were asked to send some stuff. Actually the orchestra project would have been fitting. But if we would have got that job, we had not released any album, our priorities was not releasing soundtracks. It would have been a cool experience but we preferred to focus on our albums.

Actually yes, for readers in Helsinki and everywhere worldwide. A message from the band to the fans: If you come to a gig, please leave the fucking phones on your pockets and try to see the gig with your own eyes, you will see the colors with better resolution, it is even 3D and better than 4k. That would be my message to readers! Hehe. It started a couple of years ago and it is getting worse and worse. Taking pictures are fine, but I have seen people standing on the front row not moving recording the whole concert for two and a half hours. If you want to see the DVD, go to the fucking shop and buy it, the quality is better. And as a band, it is not fun to play in front of phones! We want to play in front of an audience that enjoys! There are people who even record the show with an iPad!

So with that request full of sense, and with my 1996 concert ticket signed by Marcus, we let them rest for the show during the night.

And what came later? A venue really fully packed at Nosturi, fans delighted, a great setlist, new songs matching perfectly with the old classics, some surprises as hearing Guardian of the Blind and some other songs that almost brought a tear to the eyes of many old fans like Bright Eyes or The Bard’s Song… and a few requests from the audience to play Majesty that were dismissed :)))

Blind Guardian Setlist at Nosturi in Helsinki. 2nd of June 2015