Clark Kent – This is Personal

Debut album for the rock band coming from Helsinki, the Finnish capital. And I dare to say that an excellent first step in their career!

The Finnish band has recently released their first album just by themselves after been a few years trying to get a deal with a record company. But they have also counted with two heavyweights names of the pop/rock Finnish scene, Jukka Backlund and Samu Haber from Sunrise Avenue, who gave them advice in the production of some tracks. 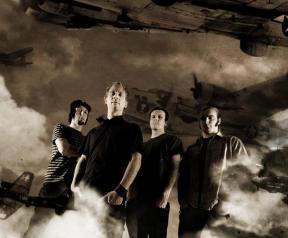 Actually, the result is pretty good, and the young band has nothing to envy to the newest release by Sunrise Avenue. What you find here is a sound a bit more harder and rock oriented than in Sunrise Avenue, closer to other Finnish bands like The Rasmus. Drums keep pushing in the songs, from which I would highlight the introductory I.W.T.C.Y. or Across the Sea.