Legendary American rock band Motley Crüe visited Helsinki and FREE! Magazine had to be there to let you know how it went! Personally, I had a special motivation to see them, because they are basically one of the few big bands I still had not had the chance to review live. They were scheduled to play two years ago at Sonicsphere in Pori, but a huge storm made them cancel the show (a polemic decision, becasue others such as Alice Cooper or Iron Maiden stayed and played, but well, let´s not enter into that). 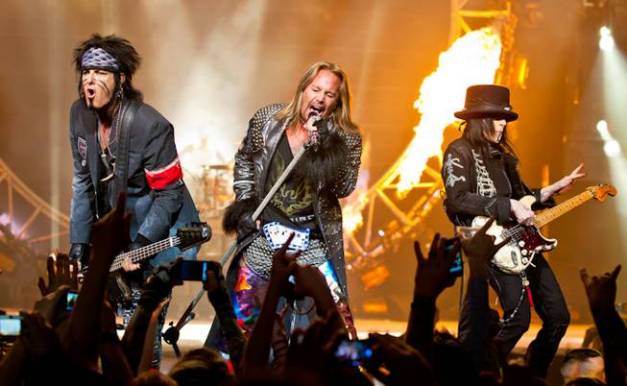 So there I was, two years later, ready to enjoy their show without cancellations in a week where Helsinki had seen 3 days ago another huge event with the Sonicpshere concert happening on Monday, and then this Rockin Helsinki festival organized on thursday. Although being organized on a working day, assistance was pretty good, although not a totally sold out. Also weather turned to be sunny and nice (during the morning it seemed that it would be cloudy and rainy), which helped to keep the spirits up.

Before Motley, a couple of bands to warm up and please the crowd. Honestly I arrived a bit late and paid more atenttion to getting beers in the drinking area than listening to Crashdiet, but during their 40 minutes of show they seemed to entertain the audience and displayed good high energy. They already seem to have a good fanbase in Finland, so all good for the young Swedish band.

After a pause, another Swedish band hit the stage, the quite well known in Finland Hardcore Superstar. I had had the chance to interview them and see their gig in Tampere a few years ago, and once again they did not dissappoint. They seemed pretty comfortable with the audience and enjoying playing in Finland, and although they did not have much time to play, they gave a solid show where of course they could not miss in their setlist classics like Dreaming in a Casket or the ending Don´t Celebrate Sundays.

About the organization of the festival, I had to say that had pros and against. The place is certainly great to organize concerts at Kaisaniemen Puisto, just a few metres away from the main railway station of Helsinki. Super easy to reach by transportation. But although held in a park, basically there was no chance to sit on benches or on the grass, and the queues to order drinks were long beyond exhasperation. Besides, organizing big shows in the centre has another downside: you cannot make any noise after 22:00. If the concert is starting as scheduled, that should not be a problem, but the point is that Motley Crüe entered the stage almost half an hour later than scheduled, at around 20:30. So that means they only played for one hour and a half. 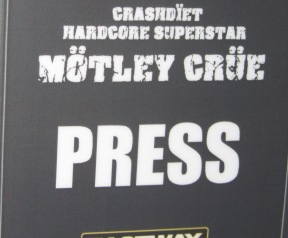 And how was the show? Well, I have mixed feelings about it. The beginning was promising, starting with one of my all time favorites Wild Side, with 2 sensual girls on both sides of Vince Neil. But once the show was advancing, I kind of had some moments a feeling that I would not have expected, and it is feeling a little bit bored in some parts of the concert. The setlist was good, and I really felt goosebumps with some classic songs like Dr. Feelgood or Girls, girls, Girls, but I still could not get rid of the feeling that the band was not connecting with the audience and was just there to complete their short setlist and leave. Audience was actually behaving quite cold, maybe cause the sun had set, or maybe cause there was not much of special effects, no fireworks, etc to warm the show. The biggest feature on that side is the classic 360 degree drum set of Tommy Lee turning around during his solo, and the invitation to join to a young female Finnish fan to sit there with him for a few seconds.

I don´t know, maybe I would have enjoyed the show more at an indoors arena with more pyrotechnical effects, or maybe Motley is (expectingly) not as wild as some years ago, with no more Jack Daniels bottles appearing and being drunk magically on stage… It was nice to see them once in a life, but for an audience that pays more than 60 euro for a ticket, enjoying such a short show of 1:30 hours with no encore after they had cancelled their previous visit to Finland felt like too little. I honestly almost enjoyed more watching Hardcore Superstar than the main headliners…