Dreaming about the Dominican Republic

Posted March 27th, 2007 / By Terhi Ruuskanen in Outside Finland, Travel

There is more than just great wind and surfing on the island of Hispaniola. The Dominican Republic was the first European settlement in the New World, founded by Columbus in the early 1600s. Nowadays, the Caribbean is a popular destination for all kinds of travellers, including sailors from all over the world. And no wonder: turquoise water, islands with green hills and endless beaches make it a perfect destination for anyone seeking tranquillity.

First of all, relax: this is the Caribbean – it is not like there are important churches and statues on almost every corner, like in Europe. You even have to walk slower! If you really want to do some sightseeing, then visit the home of Columbus in Santo Domingo, the capital of the Dominican
Republic. That's pretty much all the cultural stuff you can do. As regards the indigenous people, the Tainos, they were almost completely exterminated by the diseases from Europe and the hard work given to them by the Europeans in the 1600s. Sadly, all that is left of the old Dominican culture is some cave paintings created by the Tainos. 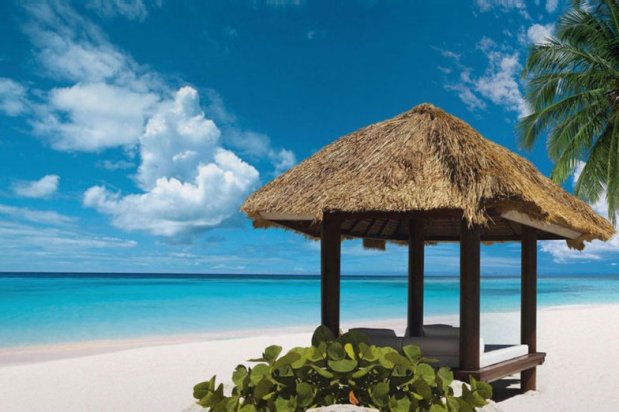 Today’s Dominican culture is mainly on the streets: the language, food, dance and colourful art. Like dancing? The music is either Bachata or Merengue and it's everywhere: in bars, taxis and beauty salons. And no one minds if you dance on the street – or anywhere for that matter!

Most of the Dominican are descent of European, African and Taino(pre-Columbian indigenous) people. Usually they have black hair, but skin colour varies from very pale to very dark. It is easy to get along with the locals, especially if you know a few words of Spanish. They are very friendly and
relaxed. In fact sometimes they are so relaxed that if they were any more laid back, they would be asleep!

After the siesta, it is time for some fiesta! Dominican rum is very good and excellent for Cuba Libres and Rum Punches! You can also make a drink called “Poco Loco”. Making it is easy: take
a coconut, drill a small hole in it and add some rum! Dominican cigars are also very well known around the world. Some people say that they are even better than Cuban ones.

The food is simple but very delicious in the Dominican Republic. The most famous dish is named after the white-red-blue coloured Dominican flag: it is one part rice, one part beans and one part
meat or chicken. I used to start my day with the “Plato de Frutas”, meaning a plate full of fresh fruit and a cup of Dominican coffee, which is one of the best coffees I have ever tasted!

The local money is called the Dominican Peso, and the locals don’t have much of it. The gap between rich and poor is enormous and corruption is blossoming. Everything is much cheaper than
in Europe, so tipping should play a big part when paying your bills at restaurants, clubs and cafes. If you are smart, you will tip every time you are getting service, as many Dominicans don't get
any salary besides tips!

Outside or inside of the walls

Depending on what you want your holiday to be you should consider where to stay. You can choose to stay at the many-starred all-inclusive resorts or at the smaller hotels. The resorts are for honeymooners and lazy tourists. Everything is made easy for your vacation: eat as much as you like and get smashed on the free drinks by the swimming pool – even the people you meet in the bar are selected for you as no outsiders are allowed within the resort’s walls! It doesn’t sound too tempting, does it? Happily I can report that there is another option: pick a normal hotel and try a different restaurant every night instead of having that same old buffet-dinner at the resort.

The weather in the Caribbean is either really nice or totally terrible. The hurricane season is in autumn followed by the wet season: after all, it is the tropics and the plants need their water, so it rains a lot! In April the skies clear and it’s the sunny Caribbean summer again!

I used to work for a travel agency in the Dominican Republic, so I am an expert when it comes to excursions there. The most amazing is the whale watching trip. This is only available from mid-January to mid-March, when the giants come near to the shore to make love and give birth.

If you long for luxury, then the trip to Saona Island is for you. You can take a small plane from Puerto Plata to the South East coast of the country. From there the speedboat takes you to the beach, where the sand is whiter than snow! Food and drink is included and you won’t have any worries: just chill out on the hot beach holding an ice-cold drink in your hand!

Catamaran Sailing is another splendid way to spend the day. And so is a daytrip to Gayo Paraiso, which is a sand island with two sheds: one is a bar and the other is the place where you can rent snorkelling gear. You can take the speedboat to the island and on the way make a quick stop to find some massive orange starfish

If you want to see other sea life other than starfish, I recommend diving or snorkelling. There isn’t much in the way of big fish but what you will see is very cute: seahorses, rays and eels. You won’t find Nemo around there, but go and look for Emma: she is this tiny seahorse that I once rescued from the mouth of a fish!

If you want some action, you can always rent a four-wheeler, take a tour on a monster truck or ride a horse to the waterfalls, where you can dip into freezing cold but refreshing water. River rafting is also another way to get your daily dose of adrenaline.

Me and my friends used to have drinks on the beach every night and we always toasted the same thing: instead of saying “cheers”, we said “for another day in paradise!” – and that is what life in the Dominican Republic is all about!