American writer Amanda Hocking could resume very well the Cinderella dream of thousands of writers that try to publish their work around the world in this new era of digital technologies. After getting rejected repeatedly by publishing houses, she decided to start self publishing her books in Internet in 2010. The result: an unexpected success translated in millions of copies sold and a few more zeros in her bank account. Lullaby, the second book of her Watersong series, will be out in the shops soon on November 27, and meanwhile Hollywood is already finishing a cinema adaptation of the first book of the series Wake.

Amanda kindly answered the questions that FREE! Magazine sent to her with the attitude of somebody who has accomplished a childhood dream, but still keeps her feet firmly on the earth knowing what is the value of a success achieved by endless hours of hard work and a rocking attitude of never giving up against adversities. 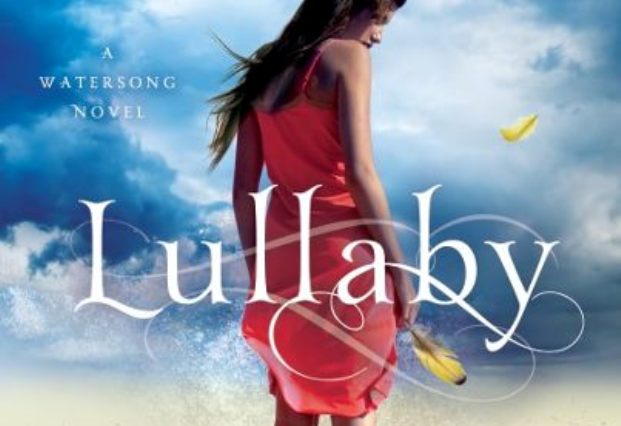 Hello Amanda and thanks a lot for your time! Lullaby, the second book of the Watersong saga, will be out pretty soon on November 27. Do you feel excited to check the public response?

I’m very excited! I know a lot of people enjoyed Wake, so that made me happy….I was kind of nervous with this being my first new book with a Publisher, but the response was great. I feel that each book in this series gets more exciting as they go on, so hopefully people will enjoy it at least as much as Wake.

For a person who would not have yet read any of your books, how would you define your style and the themes that you feel passionated to write about?

I think the best way to describe my books is “fun.” When I’m writing a book, my goal is obviously to be entertaining, but for the book to also be an escape. I like to include romance and action in my books, but also I try to throw in some humor…that doesn’t always work, because a lot of things that I find funny aren’t that funny, but I try, and that’s what counts.

Jumping back to your beginnings as author, you started to write books when you when very young, right? Did you always feel that writing stories was an important part in your life?

I guess I never really thought about why I was doing it… It was just something that I was always doing. I grew up in the country, so there weren’t that many kids nearby for me to play with or anything, so I spent a lot of time in my room writing stories, or else making my parents sit down and listen to me tell them some story I just came up with. I even wrote a lot in high school, too…I actually had friends then, and there were a lot of times I was busy working on a new book, and wouldn’t do anything but go to school and write for weeks, just because I wanted to.

“I think the best way to describe my books is “fun”

Is it true that you started to publish your books online in 2010 for trying to gather some cash to assist to an event with Jim Henson because you are a Muppets fan?

That’s true. I heard there was a Jim Henson exhibit coming to Chicago, which is about a 6 hour drive…and I didn’t have any extra money that I could spend on something like that, so I thought I would try putting some of the books I had written online, to see if I could earn a few dollars to help with that.

When did you realize that your books online were starting to become really popular and global? Did it shock you? Were there only good sides to it, or also some harder parts when you see that people start to pay lots of attention to what you do?

At first I was shocked… but then I started to think that everyone who puts books online must get these results, then I found out that they weren’t, and I was even more confused. I think the part that shocked me the most was when I got an e-mail from Terri Tatchell, who was interested in writing a screenplay for the Trylle Series.

Do you have any special person who checks first when you have finished writing a book to give a first opinion?

When I finish a book I have my assistant print off a copy for himself, read it, and mark anything he finds that he thinks I should change. I don’t necessarily listen to him, but I like getting the feedback.

You were a very consistent writer, having written dozens of stories and getting also quite a few rejections from publishing houses. Do you think you would have continued with the same passion for writing even if your books would have not turned out into the bestselling phenomena that are now?

I think so. I really started writing a lot more, and doing a lot more research a few years ago, because I told myself that if I wasn’t published by the time I was 26 I would stop trying, but I don’t think that was actually true…I may have stopped for a while, but I always get new ideas for stories, and have to do something with them, so I’m sure I would have kept on going whether or not anyone was reading what I wrote.

What would be your advice for those young writers out there who want to publish their stories?

I think the best thing anyone can do is to write a lot, read a lot, and do research. There’s a lot of different ways to go about doing things now, and you should know as much as you can so you can figure out what the best options are for you. 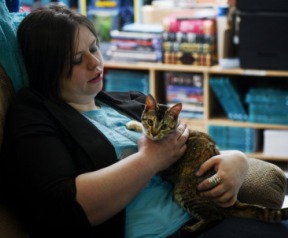 How does it feel now that you have signed with big publishing companies?

Also, they are preparing the adaptation of the first movie of the saga into cinema. Do you follow closely the project? How is the feeling for a writer to see the characters in “real” flesh in the big screen?

The last I’ve heard about the film is that they are working on the final draft of the screenplay. I don’t check in that often on the progress, because I don’t want to annoy anyone, but if the film is made I will be super excited.

Does it suppose an extra pressure for a writer when the work of a saga that is not yet fully published start to be in the big screen? (I am thinking for example about George R.R. Martin and Game of Thrones, with the TV series ongoing while the last 2 books are not yet published)

I’m sure that would be difficult. It would be hard not to pay attention to the direction they take it, especially if you had something else in mind.

You recognize yourself as a big fan of Batman. So do you prefer The Dark Knight over Tim Burton’s Batman? What is your opinion about the last movie of the saga?

I think the Christopher Nolan Batman films are amazing. My favorite is The Dark Knight, but I also really enjoyed The Dark Knight Rises. I also love Tim Burton’s Batman movies, but they’re very different .

You seem to keep in close contact with your readers over Internet, even in your home site there is an email contact address. Do you find the time and energy to answer personally to all your fans?

I try to… I think I do the best job of replying to people on twitter…it’s a lot easier than going back and commenting on different things on a blog or Facebook… I think twitter is a great way to connect with people, for me at least.

What do you like doing when you are not writing?

When I’m not writing I like to catch up on TV and movies, spend time with my friends, and we are working on turning a spare bedroom into a craft room at the moment, so I’ll probably start making more collages and scrapbooking.

I think you also have the third book of the saga ready. Are you currently working on writing, or are there other professional things (not ideas) that keep you busy?

Right now I’m about half way finished with the last book in the Watersong series…I’m also working on the graphic novel adaptation of the Hollows books. After that’s finished, I have quite a few new ideas I’d love to start working on, so we’ll see what’s next.

Thank you very much!!

One Response to “Interview with Amanda Hocking”