The New Chapel of Silence in Helsinki

Text and photos by Eva Blanco

Everybody would agree that if there are issues to complain about in Helsinki, noise would certainly not come at the top of the list. The Finnish Capital is inhabited by over six hundred thousand people – much larger than any other city in the country…but they like to play it quiet. No shouting on the streets unless you are actively taking part in the Saturday night fever. No hell melodies performed by friendly drivers who love honking their horns. And, in case you didn´t realize, stress is nowhere to be seen. So why? Why the need for building a space to honour silence and inner peace right in the heart of the town when such a calm atmosphere is already available? Maybe just because quietness is as addictive as chocolate, you could always do with a little bit more. 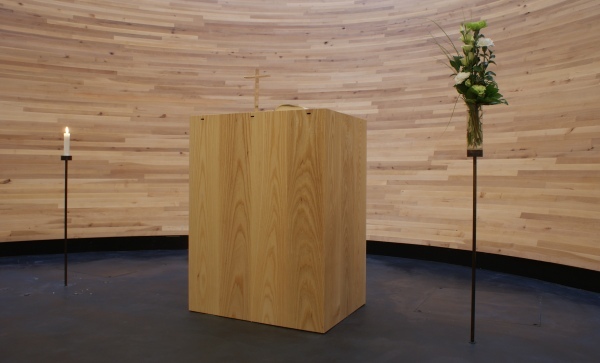 Located in a corner of the Narinkkatori square, where, thanks to the persistent direct marketing campaigns, you can usually get a snack for free, with its wooden surface mysteriously gleaming even on rainy days, the Chapel of Silence (also known as Kamppi Chapel) is intended to be both a place for personal reflection and a platform of social commitment. A dual personality easily recognizable starting with the architectonic design – before getting to enter into the chapel you have to cross a small foyer where round tables have been set up for small-scale gatherings and one to one conversations in which God doesn´t need to show up unless he is specifically required to. Forgetting about all kind of ornamentation, this solid oval-shaped structure is raised up from the ground as an interpretation of a modern wooden church which has deep roots in tradition.

It was the former Helsinki’s Deputy Mayor Pekka Korpinen who, after travelling around Italy and witnessing its variety of sacral spaces for momentary withdrawal, came up with the idea of transferring the concept to the Baltic city. That is how the initiative started to take off in 2008 when the architects from K2S studio, Kimmo Lintula, Niko Sirola and Mikko Summanen, were chosen to design the Chapel, but it wasn´t until May of this year when it was finally opened to the public as part of the World Design Capital program. Counting on extensive background from the construction of public buildings, such as a hospital in the city of Espoo or an IT-college in the town of Sipoo, Summanen (head designer) still thinks that this project holds incomparable value: “Kamppi Chapel is an island of peace and spirit within the commercial flux. It is an architectonic interpretation of gentler human values deliberately contrasting with it’s surroundings. The possibility to build this unique piece in the centre of Helsinki was naturally a once in a lifetime experience“. 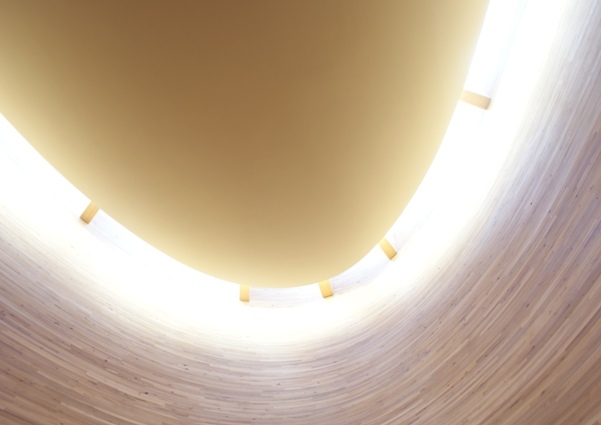 Then, when asked about the most meaningful stages of the process, the architect explains: “It was very important for us to discuss the spirit of the place. The feeling of the material and form as well as the changing natural light are the essential components that define the atmosphere of the chapel space itself. Our aim was to create “human scale monumetalism” in the interior – where although the dimensions are small there is still a verticality that elevates the space“. Precisely this condition of verticality, that Mikko tries to empathize, is one of the main factors that contributes to overwhelm the almost two million visitors who have stepped into the Chapel so far. Coming from Finland and smiling openly to everybody as if that was the most natural thing to do in this country, Mary, a slim middle-aged woman, forgets about technical terms and puts it in her own words…”It feels like an illusion“.

The power structures within the Chapel are also a defining element. The building is operated, on a partnership basis, between the Helsinki parish union and the Social Services Department of the city. A total of twelve employees (six related to each institution) were hired to work together looking after the place and making themselves available for personal discussions. “Cities and churches have worked side by side all around Finland, but not this way. Not so close, in the same room. Not with a shared goal and organization”, says Tarja Jalli, manager of the Chapel, and then he goes further analysing this collaborative initiative: “We have found a nice synergy together. Our palette of services is now twice as big as it used to be, which means that people can get much more help at the same time“. 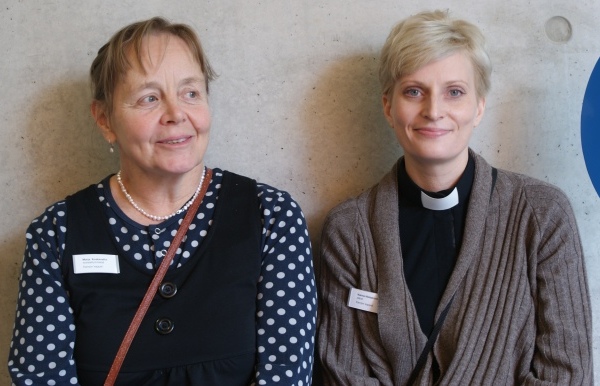 This opinion is also shared by Pekka Uula, one of the employees who shows the genuine appearance of a rock band guitarist and talks with enthusiasm about the project. “So far it´s working great!”, he claims, and later on he summarizes the whole philosophy of this original association: “There are people that may not feel comfortable talking to a priest. That is why we also need to offer a non-confessional option…I would say that even if it is a Lutheran chapel, it is not religious in a way“. Reaching out to everybody is a key issue to complete successful work. In the end, if you suffer from loneliness, illness or because you are going through a tough family situation- the three main reasons that make people search for comfort in this place- the last thing you should care about is if you have enough faith to be welcomed to talk about it. That is where the peculiarity of the Chapel lies. Well, and maybe also to a certain extent on its active social network profile. So far it has accumulated more than one hundred tweets – basically memorable quotes- and over nine hundred “likes” in Facebook.

On the other hand, arranging a personal communion at the Chapel is possible if you ask the priest beforehand. The priest, being a blond haired, blue eyed, kind woman named Nanna Helaakosici. She explains that church services such as baptism or wedding ceremonies, with the exception of the one that will be celebrated the twelfth of December (12/12/12), are not held in here. Nanna remarks that the building is not supposed to be reserved for private use. However, included on the weekly schedule we can find regular moments of prayer that may be accompanied by background music.

The rest of the time this place belongs to you. To all of us. And here lies the problem. At the “Chapel of Silence” silence itself is still an intermittent guest. It can honour the visitors with its presence for a maximum of five minutes, but then suddenly just when you are starting to feel adapted to the peaceful environment that keeps you safe from the hustle and bustle of the city, the door is opened again and a group of tourists are marched in!. 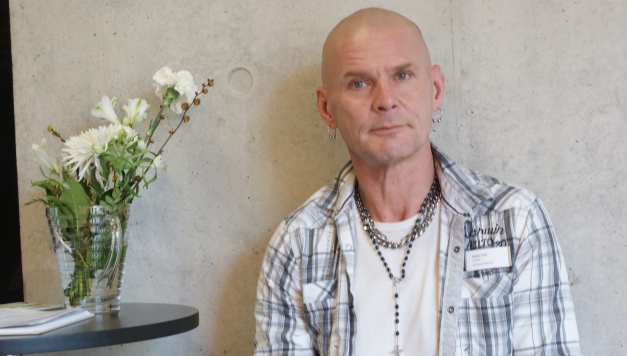 In a few seconds whispers spread all around the wooden structure, in fact, there are cases of people that forget to switch off their mobile phone and then quickly try to do so when their partners are ringing just to check if they have bought some coffee. How to keep silence for a longer time is still an issue that needs to be figured out. Although we will just probably have to wait until the excitement about the building is over before we see that happening. Despite that, the Chapel is destined to become one of the most iconic places in Helsinki. An inspiring shelter where life stops for a little while so that you can sort out your thoughts and regain your strength – with or without God.

One Response to “The New Chapel of Silence in Helsinki”