Swedish writer and lawyer Jens Lapidus has become one of the most recognized contemporary authors in depicting the crime underworld in both his native country as well as in the international literary world. After the release of the translation in english of his debut novel Snabba Cash (Easy Money), FREE! Magazine contacted him and he kindly answered our questions about his books, the cinematographic adaptions of his novels and his future projects.

Thanks a lot for attending us Jans! Being a lawyer, has your career been affected in any way after your books started to become popular? Have more clients been dragged to you, or on the other hand some could be reluctant to collaborate with you, being now a public figure, or everything has remained more or less the same?

As my book has been read by a large number of people, including people in jail, I think that some of my clients especially asked to be defended by me as I was a lawyer that they had heard about. But ultimately, I think that it is your performance as a lawyer that will generate clients, not writing books. 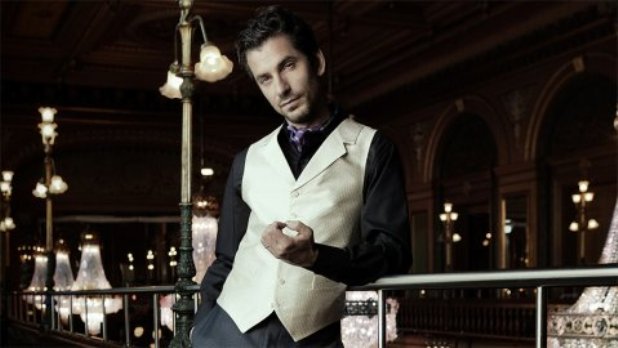 I suppose that due to secrecy agreements with the clients, the stories that you tell in the books are not exactly based in reality, but is there a great source of inspiration from what you hear and see in real life in your work as lawyer poured into your novels?

Of course. And that is also how I started writing, to deal with the experiences and stories that I heard in court. But the interesting thing s that reality is always worse and more violent than in my books.

For the foreign eye, the Scandinavian capital cities seem like a paradise of peace and security when compared to other cities in the world. Based on your experience, is this a wrong impression, is there really an underground world of crime that only a few eyes of lawyers and policemen perceive, or the feeling is basically just amplified in your novels?

I would say that the world of underground crime is large and growing in Stockholm. However, most people have nothing to fear as long as they stay out of the way. Actually, I often get this question, and when I was in Russia for the release of my book, they thought I was describing some sort of kindergarten!

What is your opinion of the film adaptation for “Easy Money”? Were you satisfied with the result?

Very satisfied. I think they managed very well to make an independent interpretation of my book and the really kept the authenticity of my book. However, as a writer it was sometimes difficult to hand away my baby that I cherished so.

I have read also that there will be soon an American adaptation done by Warner Bros. Could you please explain us a bit more about it?

Yes that is correct, but unfortunately I can’t say much more due to secrecy clauses.

Are the other 2 books of the trilogy also to be adapted into the big screen?

Yes. Number 2 has been shot already and number 3 is under script adaptation.

If I am not mistaken, the second book of the trilogy “Never Fuck Up” is not much connected with the first, however the third “Life Deluxe” links with the happenings and characters of the other two books. Was this structure planned by you from the beginning, or did it happen more spontaneously during the writing process that you decided to link everything in the final book?

I would say that they are all connected even though you are right about some characters make a come back in the third. My ambition is to build a universe where it all fits in and has its own place. 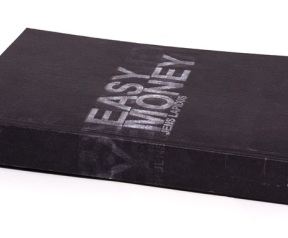 In your books, although obviously some of the characters and criminals portrayed are Swedish, there are also many foreign characters. At least here in Finland during the last year the political and public opinion has diverted to be more “nationalistic”, where a sector of population sees immigration as a thread for the privileges of a warfare state. How is your opinion in the matter and how do you see this situation in your native country? Do you find it difficult when choosing nationalities for the characters to keep “politically correct” for both the national and the foreigners living in Sweden, or frankly you do not think at all about these issues when writing your books?

I am very much in favor of an open society. I have never been criticized for the choice of my characters.

Out of curiosity, when you use a lot of expression and sentences with the foreign characters portrayed in your books, do you have any native speakers of those languages (for example Spanish from Chile) that help you with the language during the writing process that you can consult at the same time, or do you make the research yourself and then the editors check that everything is in order after you complete the book?

I do a lot of research myself, and I have some Serbian friends who help me with Serbian culture issues. I know some Spanish people, “unfortunately” Chileans.

What are your favorite all time authors, and what books have gladly surprised you that you may have read lately?

I have been really inspired by James Ellroy and David Peace. Right now I am entranced by the short stories by Ferdinand von Schirach.

Do you find difficult to find free time and energy to write while working as a lawyer, or how do you manage well for balancing your time to achieve both careers?

I love them both, and writing is a relaxing hobby for me. I do not watch TV or movies, I write instead.

What are your future projects and plans for 2012?

I am writing on a collection of short stories that I might want to publish.