FREE! Magazine had the honour to get an exclusive interview with one of the hottest contemporary authors in Latin American: Pedro Juan Gutierrez. A writer whose style, full of passion, sex, visceral, raw, harsh but also hugely beautiful, creates equally love and hate among his readers.

Pedro Juan kindly answered our questions while staying in Colombia for some days, out of his beloved city. "I always have a nice relationship with journalists. I was one for 26 years, and I know how agonizing this job can be, but also how rewarding in other occasions", he recalls.

When you published Dirty Havana Trilogy, in 1998, you recognised that it was a very hard
time in your life, very depressing, almost with suicidal tendencies. What do you feel now when you look back on that period?

I try to forget the past and not to be afraid of what the future will bring. I just try to enjoy the moment, be calmer. 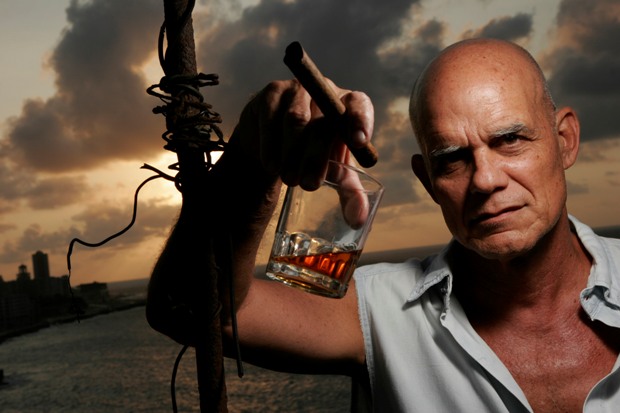 That book has a high degree of autobiography, hasn’t it?

Yes, it is almost an autobiography, but not totally. I think that many readers, after the second time they go through my works, start to understand that the real “leit motiv” of my books is poverty more than sex.

Your books have a very aggressive style. There are ideas poured against almost everything in politics, philosophy, religion… How are they received in Cuba?

Well, they are not received well, nor badly. The point is actually that they are not published here. There are only some selected titles that circulate with a small number of copies. But I think that the new generation, young people with no prejudices, like them very much. Many times they circulate from hand to hand.

I see some features in your work that reminds me of Guillermo Cabrera Infante´s masterpiece Infante's Inferno. Have you read that book?

No, I have never read that book. In Cuba you cannot find his works. As simple as that. If he would have won the Nobel Prize, no Cuban would have known about it. When he died, nobody even published a short article in the press. But I like very much his book Three Trapped Tigers.

What contemporary authors do you read?

I am interested in Richard Ford, Carver, Houllebeck, Guillermo Arriaga, Fernando Vallejo and some others.

You have worked in many different jobs, met many people and gone through many experiences. How do you face life when you get up every morning?

I learn new things every day, I am like a child. I still get amazed about many things and I try to understand them better. Now for example in Colombia I was carrying out a poll about silicone implants. It has become very popular here among women, they do it everywhere, in their tits, lips, ass, and cheeks. It is fascinating to hear
what they have to tell.

Going through your work, we can appreciate that you must have had many experiences and success with women. Have you found often real love, or has it been more about frantic sex like in your books?

I have had sex with more than two thousand women in my life. A bit excessive maybe. Real love…only with five or six… and I feel very bad when everything is over. A female Finnish journalist, whose name I do not remember now, interviewed me in La Havana not long time ago. She was very friendly. She tried to link all this behaviour to former psychological problems with my mother and father. 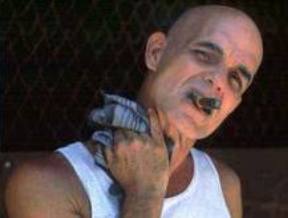 Would you be able to live in another place, different from Havana?

Moving to somewhere else? No, never! Well, maybe Spain. I would not like to live in a place with a different language.

Have you ever been in Finland? What do you know about this country?

Yes, I was invited to Helsinki and Lahti some years ago. I gave a speech for two minutes, and the other five days I was walking around the beautiful lakes and forests. I had a very nice romance with a sweet Finnish woman who cultivated aromatic herbs, and I enjoyed sauna. Lahti was an unforgettable experience. I would love to go back, but I suppose that warm woman does not live there anymore, because the world is not a perfect place.

“I suffer from censorship in Sweden. Publishing houses do not want to publish my books there”

In your book Tropical Animal (Etelän Peto), the main character also had a romance with a Swedish woman: Agneta. Is the inspiration coming also from a real story?

Yes. Agneta, with another real name, really exists. She is a real woman. I lived in Sweden in 1999
for three months, and everything happened just as it is told in the book. She felt betrayed at the beginning, but later, she understood that a writer is always a bit of a “son of a bitch”, not always a nice human being, and she accepts me the way I am. Publishing houses in Sweden, in revenge, do not publish my books. I suffer from censorship in Sweden, and I think that they are really stupid because they are missing very good books that are already published in twenty other countries.

What are the future perspectives for Pedro Juan?

Like everybody else: projects. The first one is to live a relaxed life, and have fun whenever I am able to. Life is a great crazy adventure, funny, unpredictable…  Time flies, and without realising about it, we have become old, and we cannot fuck anymore, or drink, or smoke, and the women look at us like if we were old grandpas. Shit, what a horror!