Solar is one of the strongest releases that you will find in the bookshops this year. Written by the acclaimed British author Ian McEwan, The fiction novel is, against what you would expect when looking at the cover, not so much as sci-fi book as a witty and clever description of the weakness and flakes of the human nature.

Certainly, there is some scientific talk around, but the story turns mainly around 8 years of the private life, thoughts, affairs and fortunes and misfortunes of Michael Beard, a Nobel prizewinning who is not going thought his brightest moment. 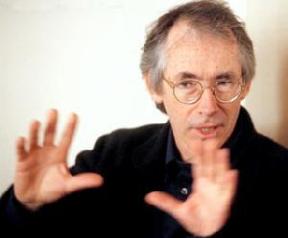 The main character is depicted raw, very far from the usual hero we could expect in other books. Sometimes you can feel some sort of affection towards him, but in general, his greediness and selfishness put him out of any empathy with the reader. However, the plot is masterly conducted, and you always have the feeling to read one more page to get to know if in the end Beard will have salvation, or punishment for his non-honorable actions.

But all in all, I was a bit disappointed when reading the final pages of the book. McEwan had made a great effort to create the appropriate climate that would lead to the ecstasies that every reader awaits when the final of a book gets closer. But the open end leaves you kind of indifferent when finishing the final page, maybe matching the personality of the main character himself: a man that at some point was touched by the hand of geniality but who ended up taking a wrong turn.

Solar is worthy a try, if not for other reasons, for the clever writing that McEwan shows one more time. But for a book that will be displayed in a position of honor in every bookshop window of the western world, I was expecting it to leave me with a little bit farther feeling of satisfaction…