Posted August 10th, 2007 / By John Pagni in Outside Finland, Travel

For under-25s, the Soviet Union is something older generations talk about and those that were a part of it don’t want to remember or prefer obliteration of its existence. This has led, unfortunately, to souvenirs of the ’Evil Empire’ as President Reagan once dubbed it, being really and/or
psychologically air bushed from sight.

Some samples are still around – and have been turned into tourist attractions by enterprising people. Two are in Latvia, one north of Riga, the other in the southern city of Liepāja. Let us journey for an hour first northwards to Skaļupes near Cēsis. In a tranquil setting stands the rehabilitation centre Līgatne. It is however just, literally, a cover for something very serious. 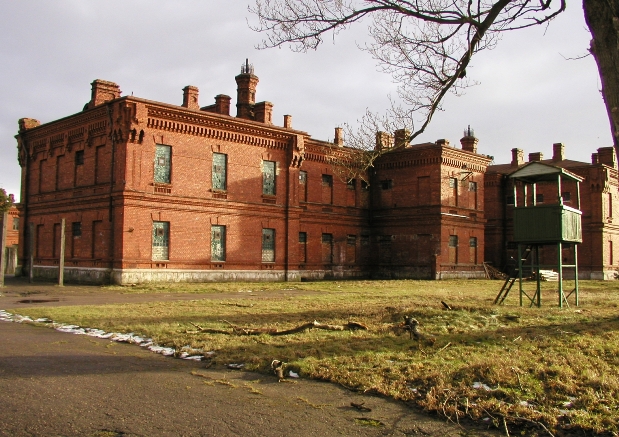 After walking down innocuous stairs 9m underground is the Latvian Soviet Socialist Republic’s bunker nicknamed ’The Hotel’. It was built (then SUR4m/€7m) to act as a safe haven behind 2.5m thick concrete for the top 250 communist party officials in case of nuclear attack. Its main purpose in those circumstances was to act as a command and control centre in response. Each soviet republic had one.

Its background began with the Latvian CCP Central Committee’s 1968 decision to build it, but it was not operational until 1982. Despite Soviet planning’s legendary reputation, reality was less impressive: much of the plan remained on the drawing board. Small, but fatal, mistakes are noticeable to the untrained eye.

For instance, beds were to be installed later or brought down from the sanatorium, which was exclusive to elite party apparatchiks. Remember, nuclear strikes were known then to have a 4-minute warning. A missile base to hit back nearby was never started, there was a food store – but it was empty, and although the plan was for the chosen few to be safe and secure for 3 months, inadequate fuel supplies made this unlikely.

With so many to shelter, it is a warren of rooms and corridor connections with all the trappings needed for survival from offices, dining, power, air conditioning, etc. It was so secret that it only opened to the
public in 2003. Now this untouched showcase is an exhibition of cold war mentality.

At 2,000 square metres in area, it’s big, but the first impression is the cold, stark, sterile atmosphere (3 star compared to the next Soviet relic). All power for the facility would be generated by two T-54 tank diesel engines for the array of Soviet ’state-of-the-art’ communications rooms: secure telecommunications with its equivalent in the Kremlin, possible surviving units in the country and internally, all monitored of course.

Obsolete gadgets such as typewriters, telex, teletype machines and telephones using a fixed-line are stacked together. As outside might not exist anymore, it had to be self-contained and self-sufficient especially regarding air purification and oxygen generation, which needed power.

Everything was done in the socialist way: eating together in the less-than-gourmet canteen, the ’games room’ is decorated with Communist Party paraphernalia – Comrade Lenin stares at you in every bunker room – as you groove to the latest approved tracks (I noticed ’Stars on 45’ in the vinyl pile) on a record player. For nostalgic visitors or blue-eyed innocents, a real
meal of the times can be served up if booked in advance.

There are map rooms containing detailed charts that show possible destruction lines that atomic shockwaves would cause if Riga got a direct hit, instructions on what to wear if you went outside (what for is a mystery), how to cleanse late arrivals (!) and so on.

Other planning gaps are all too obvious: where were dead bodies to be put if someone died? There was no refrigeration unit and no method to expel decaying corpses. Like most Soviet reality, it was based on self-preservation. The guide calmly informs its real purpose was to hide from the population after a conventional attack. Because 9 metres is insufficient to withstand a thermo-nuclear blast – it had to be 15 at least!

A night to remember

The city of Liepāja near Lithuania has been home to Russian/Soviet Baltic fleets for over a century. Czarist stubbornness was equal to Soviet inflexibility: the port was dredged and a canal built despite a perfectly natural harbour located up the coast in Ventspils. 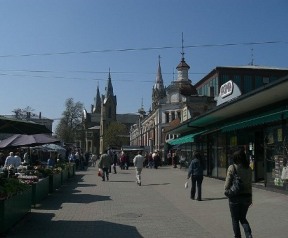 There lies a city-within-a-city, the naval base that was home to up to 30,000, but behind a wall. Karosta was an autonomous urban area occupying a third of Liepaja’s land. Originally named ‘Port of Alexander III’ after its modest originator, during Latvia’s brief inter-war independence, locals cynically labelled it ‘Kar Osta’ or ‘War Port’.

Worth a visit in itself, it’s just a short bus ride from Liepaja centre. Inside are Russian Empire red brick buildings and Soviet concrete blocks. Also self-sufficient with its own infrastructure of entertainment, education, libraries, shops that a captive population needs – even its own
internal post! The landmark St Nicholas Cathedral, now restored back to tits original purpose, served as a storeroom in Soviet times.

But it is the military prison that slams home the message. Built in 1900 it has contained a variety of forces miscreants throughout its 97-year history. Russian, Latvian, German and Soviet prisoners have been sentenced and punished here – sometimes by firing squad. Underneath the nearby pines there is more than earth. Nobody ever escaped.

Nowadays ‘Karostas Cietums’ is an award-winning tourist attraction and venue of a popular Latvian reality television show. Groups are frogmarched two abreast around the facility after a thorough dressing-down by guards, most of whom worked here in what they still proudly call ‘the good old days’. Backtalk, marching out of step, sloppy posture are all met with a sour expression, barking rebuke and ‘punishment’ for the offender(s).

Cells had little light, air or heating, the walls acted as inmates’ de facto calendars, prisoners slept on wood pallets in 2m x 3m crammed side-by side with a narrow gutter for those who couldn’t hold nature back. With only 30 minutes in the morning for all ablutions for a cell of 6-7, this was
understandable. Guards would wake up prisoners every hour if they wished. Mealtimes were silent and frugal.

During the 45-minute tour, every opportunity is taken to give you that spine-tingling feel, like being locked in a dark cell with shock treatment (I’m unable to say to keep the surprise element). For the adventurous (or foolhardy) you can stay the night in a cell with only cold water and a Soviet toilet for
luxury. If you’re really radical, you can order the ‘special treatment’ during the night.

These two leftovers from a bygone era are a unique chance to experience what it was Soviet Union was like. You may smile, but it was no joke to those had to endure it.

One Response to “Soviet ‘delights’ in Latvia”