This is probably the sci-fic movie that everybody was looking forward to it during the current year. Does it keep up with the expectations? 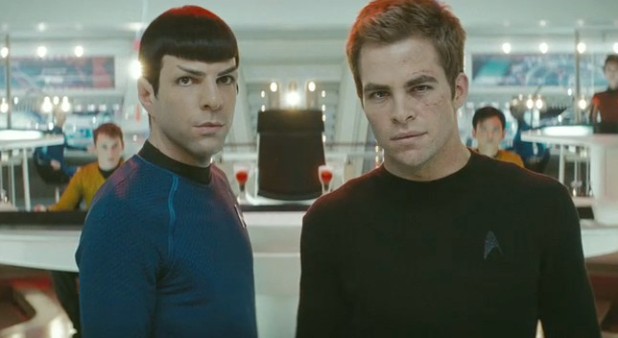 I must confess I am not a Trekkie, probably I am more of a Star Wars fan (I love sword fights), but when I was a child I followed Star Trek with enthusiasm. It was not an easy task after a break of several years in the saga to make a movie that could be enjoyed by old fans and a new generation of viewers, but I think that J.J. Abrams has done a more than decent work to balance it.

There is action, a lot of it, and maybe not the typical philosophical and technical background that usually gets linked to the saga, but at the same time, the roots are still there. Chris Pine is excellent as the young and rebel captain Kirk, but the show is still stolen Zachary Quinto as Spock. Quinto shows once more, that same than his role in Heroes, he masters the roles of duality like nobody else. His intensity is the engine of the movie. Added to this, the special appearance of Leonard Nimoy is just what was needed to embrace the old and new Start Trek, not mentioning that Eric Bana is a plausible bad guy. 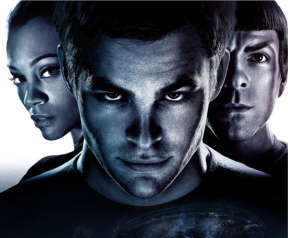 It is true there are some holes in the plot, but in the end what you are getting is a product very entertaining, without losing the own identity that Star Trek has carried for decades. A good one!

The best: Zachary Quinto almost choking Kirk. Who would guess they would become best friends?

The worst: some holes in the plot. What a coincidence that “old Spock” is in the same planet, at the same place where Kirk is sent as punishment…

The detail: It is the first movie of the saga where the real name of Uhura is mentioned (Nyota)