Most of the critics I read in Internet said that this movie sucks. And this time… they are right. I find no reason why a movie like this has to be made, unless the twisted mind of the director, Charles Winkler, finds a secret pleasure in making spectators waste their time. The plot is just ridiculous, cliché after cliché; it just seems like a parody of the police drama genre with some gratuity in sex scenes to try to spice up a dead product. Val Kilmer looks totally out of shape here, both physically and about his acting skills and presence. It would not really be a guy I would like to use as a wingman flying a combat aircraft anymore. 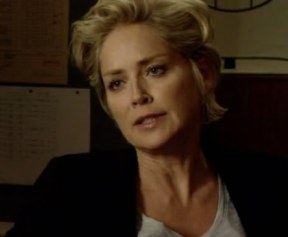 Resuming, Streets of Blood is a totally forgivable movie. The style is shot is totally annoying for the spectator. I wonder if there is still talent left in Hollywood. Probably with the money spent in this dreadful movie, twenty wonderful independent movies could have been born. This is the MTV culture, where only pretty boys and girls and lacks of brain seem to dominate…

The best: that in the end you can watch it like if it would be a parody instead of a real drama.

The worst: Direction and script are awful.

The detail: Do not even expect to admire the mature but still sexy anatomy of Sharon Stone.