The video can be seen here – http://noisey.vice.com/alps/music-video-premieres/exklusive-videopremiere-herod-northern-lights-224 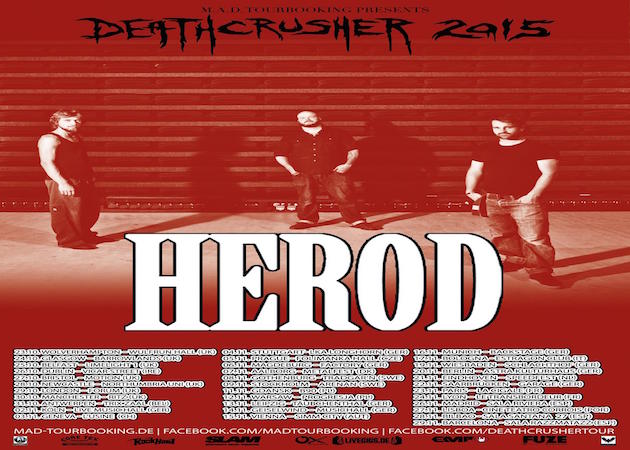 Initially the brainchild of guitarist Pierre Carroz, Herod formed in Switzerland back in 2011 and have since gone on to carve a solid niche for themselves in the realm of head crushingly heavy metal with their 2014 release “They Were None”. Recorded by renowned Swiss producer Julien Fehlmann (The Ocean, Coilguns and Unfold) and mastered by Svante Försback (Volbeat and Rammstein), “They Were None” was met with universal praise by the media, and has seen the band go on to tour Europe a number of times.

Be sure to catch this stunning outfit this winter when they rip a blackhole through Europe with some of the finest extreme metal bands on the planet!