The fishy tales of Saaremaa, Muhu and Abruka

Posted December 3rd, 2007 / By John Pagni in Outside Finland, Travel

A peculiar, near eccentric choice of holiday destination, are three of the islands off Estonia’s western coast for a week or so. What do they have that the rest of this little country that acts as a museum for all of their conquerors and misrulers don’t? Nothing really – just much of the same with less crowds, crush and clamour. To make it crystal clear: if you’re looking for action of the loud, resort sort, close your eyes and throw a dart at the Mediterranean.

Occupying 6.5% of the country’s land area and home to 35,000, Saaremaa and its picture book capital Kuressaare are mainly a trip back in time, but with the present-day thrown in to make sure creature comforts are on tap – unless you really want to get away from all of that too. 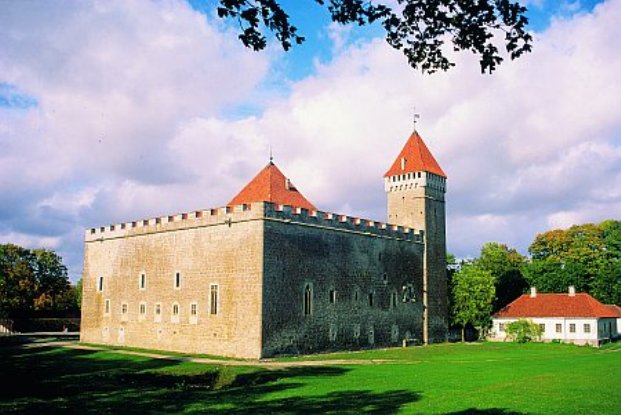 Over the centuries, the islands have seen more changes of ‘ownership’ than the country itself. Germans, Danes, Swedes and Russians have been ‘in charge’ since 1227 when the Teutonic Knights finally suppressed rugged local resistance. Even Estonians have ruled here briefly. Between 1919-1940 and after 1991, the blue, white and black tricolour has flown from flagpoles.

History is very visible as all left their mark (or stain) on the architecture, society and cuisine. The Archbishop’s Castle in Arensburg, as Kuressaare was called until 1919, is the only untouched fortress left on the Baltic coast. So far away from pre-20th Century geo-political issues that it was never even attacked, never mind damaged. Until 1559, the West-Saare Bishopric’s seat was firmly placed here before the splendidly named Bishop Munchenhausen sold it to Denmark’s King Fredrik II.

It’s a must-see, such pristine obelisks are a global-scale rarity. This small solid 15th century edifice contains leftovers, exhibitions and the obligatory legend of a Catholic monk walled in after ‘dishonouring’ a local maiden. Despite this, his tomb is called ‘the cellar of the immured knight’. In one wing is an interesting museum to the alternating Nazi and Soviet occupations showing how invaders take liberties with local residents rights who were unlucky to be in a possibly strategic, but attractive place.

An example of this callousness is the statue and monument to those killed in the Estonian War of Independence (1918-1920) now to be seen on Kuressaare’s main street, the original was destroyed during Stalin’s period – Uncle Joe wasn’t so avuncular towards free spirits. But at least the Nazis and Soviet had a major battle at Tehumardi when the latter’s forces finally expelled the fascists from Estonia with over 1,000 casualties on both sides after 5 hours of close combat. For Estonians, victory by either side was still a defeat.

Kuressaare’s attractions are few: a couple of churches, the 17th Century town hall and a weighing house, a 100-year old Dutch windmill which is now a bar plus other watering holes, cafés, restaurants and hotels. Most are at their best in the summer sun. And it doesn’t take too long to see it all on foot. Kuressaare now markets itself mainly as a spa town with treatments for the aged and their ailments. Nice hotels tend to be occupied by stiff limbs and aching bodies, the sheer wear and tear of time. Their habit of wandering around silently in bathrobes gives the impression of a hospital or heaven’s waiting room, not an R&R place. But the ones that have a pool have an advantage.

Outside town there is Sõrve lighthouse (52m), piles of stones erected by passers-by at Tagaranna, a row of 5 windmills at Angla (4 apparently are local style that can be swivelled around to face the wind, the other a static, boring Dutch type), the meteorite crater at Kaali (which means cabbage, a name contrived by Estonian peasants after the German nobleman von Gahlen who owned the local manor until 1729), the Pangla cliff – and  that’s about it.

Saaremaa’s attractions are its sheer simplicity, quietness and slow pace. If you like hunting, there’s game aplenty to shoot: wild boar, wolf, beaver, elk, deer, ducks and other fowl, which also find their way into the local cuisine and hence onto your dinner plate. Ditto for fishing folk. Some antique shops have pretty good collections of yesteryear and Kuressaare market usually has yummy honey, berries and mushrooms, depending on the season. The island is well known for its dairy produce: local smoked cheese, dark bread and butter being a tasty combination and souvenir. 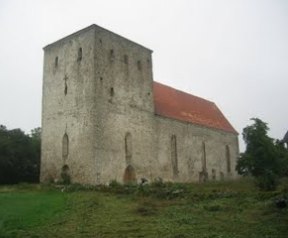 Muhu is called an island, but is joined to nearby Saaremaa by an old dyke that acts as an umbilical chord to its bigger sister, and is the link to the mainland via Kuivastu harbour. Ferries run almost continuously in high season. Here you may be shown a herring-bone panelled door, brightly painted, and be told you will see these all over the two islands – only not to see another! These islanders like to tell stories and are infamous for it.

A famous Muhu spot is Padäste Manor, a luxury boutique hotel rightly famous for its style and dining – and one of the Thompson Twins stayed there once upon a time, if you remember that trio. Liiva in the island’s centre is a cute little village with a church, antique-and-handicraft shop and a good eatery in the former dairy. Koguva village on the west coast is a combination open museum and working village farm. Birth and final resting place of Estonia’s famous writer, diehard communist Juhan Smuul, who drank himself to death there after failing with a hat-trick of wives. An English-speaking guide, who looks like the archetypical Estonian, will point out his statue, which has a story in itself, of course.

Lastly there is Abruka. The logic of going there is difficult to put a finger on. I was told that tourists go to get away from it all. They must be very satisfied at fulfilling their aim so exquisitely. A small boat runs a cheap subsidised service from Roomassaare harbour, not far from Kurressaare. There you can be met by the owner of the then only ‘accommodation’ on this pimple in the sea (30 residents), in a smelly, bouncy, old Soviet army lorry to be taken to his campsite.

He has an inexhaustible store of stories, luckily only in Estonian. So if you do understand some, my advice is to not tell him, otherwise the short journey will take even longer as he will stop every 50 metres to revive some folklore to you. The rude little huts in his garden barely count as shelter: gaps between the roof and walls do not look capable of keeping out rain, cold and the summer clouds of mosquitoes.

What you don’t take with you must be bought from the camp ‘shop’, facilities are okay but not en suite. However, it’s ridiculously cheap (outside Tallinn generally is), which may be its only attraction. It appears he never throws anything away either. So for auto enthusiasts, there are vehicles that you may never see, or have seen, again. But the piles of empty plastic buckets of preservatives and tyres and other rubbish are just an eyesore.

The good news is that a hostel was built last summer and will be open for business in 2008 with the island’s only bar, airtight accommodation and a shop of sorts. This competition may blow away the aforementioned host without the most, but if you really want to get away from everything, no.

nsurprisingly, walking is the most popular pastime with the local graveyard (containing victims of resistance to and Soviet repression plus the Estonia sinking), the hill where residents were gathered for deportation by Stalin, a beach and the world’s smallest public library on the itinerary.

So why Saaremaa, Muhu and Abruka? For what they haven’t got, not for what they have. The simple life can be the good life. And they must have the world’s best collection of aromatic juniper forests, from which culinary tools are assiduously carved. Plus the home-made prize-winning beer at Kaali (Saaremaa has a beer-making competition every year), Pilnla is unique. Disappointingly, the beer bearing the name Saaremaa is actually brewed in Tartu in south-east Estonia.
The town council of Kuressaare has even invested in a golf course that opens in 2008 with foreign tourists specifically targeted. Golfers may be less than impressed to find out it’s built on a former refuse heap, but the green fees will be at the lower end of the scale.

But why go all the way to a place off the beaten track, if not to walk that path? The hunting lodges and campsites are comfortable, cheap and friendly with the ‘saun’ ubiquitous and obligatory. So do what the locals do, take it slowly, sweat it out, take a cold beer and vodka, watch the sun go down – or come up!