Transformers: Revenge of the Fallen

, with more robots and Megan Fox looking sexier (if possible) than ever! 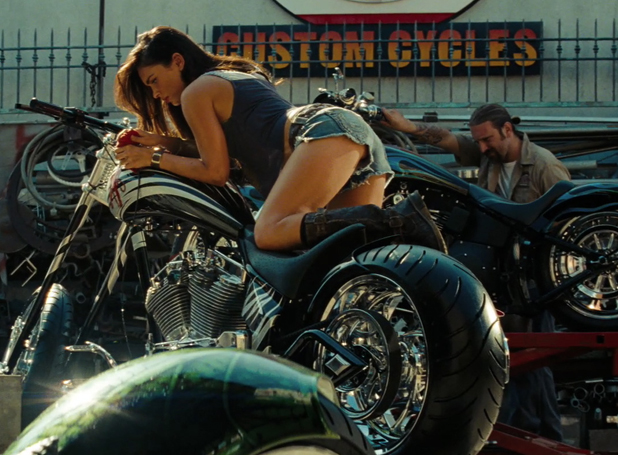 I must admit that I enjoyed the first Transformers

. As a child, I followed the TV series

, and it was nice to see the robots in the big screen, although the plot would obviously not be the best possible. But this time, the “Americanization” of Transformers has gone too far. More than watching Transformers, movie seems just a mere product of propaganda for the American army, to show how sophisticated its weaponry is.

True, there is more action here, but the edition and links between scenes is really poor. Even Megatron and Optimus Prime do not enjoy of many minutes on screen, and the added new robots are more detestable than other thing. Not to mention the flaws in geography or history. Honestly, when you spend zillions of dollars in such a movie, is it so difficult to have somebody in the team that can locate Egyptian historical places properly? Michael Bay can be a master portraying war aircrafts, but has really miss this shot by far about creating a minimally movie with some common sense in what the characters go through. 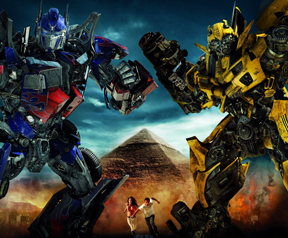 Added to this, I still do not dig Shia LaBeouf. I did not like him in the last Indiana Jones, neither here. Thinking that a whiny guy like this is not only the key of salvation to the human race, but also the object of desire between Megan Fox and Isabel Lucas goes beyong the fantasy of a 15 year old teenager…

And do not worry, because soon we will have a third one with more American ammunition to spread around the world.

The best: Optimus Prime taking on several Deserticons in the woods. And Megan Fox riding a motorbike…
The worst: feeling that our intelligence is being insulted with such an horrific second part of the sage.
The detail: Some of the action was actually shot in the real pyramids in Egypt.

Transformers: Revenge of the Fallen Trailer