The most awaited comic adaptation finally released in DVD for the joy of millions of fans around the world!

Watchmen was maybe the most awaited movie of 2009. A graphical novel that seemed impossible to reproduce into the big screen some decades ago was finally adapted by the hand of Zack Snyder, whose previous project 300 (another comic adaptation) had placed him in the spotlight. 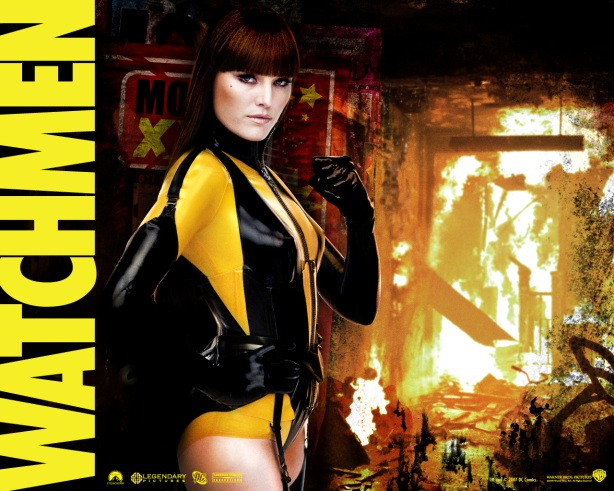 But Watchmen was a much more intrinsic project, due not only to its twisted and deep plot, but also that in this case he was not going to count with the help of the original author, Alan Moore, who is opposite to any kind of adaptation of his comics. And certainly Snyder approves with a high mark. Watchmen is intense, delightful, well executed and directed, and overall, entertaining. It is true that the off-voice can get on your nerves, it is true that it can turn into too twisted for some spectators who are not able to distinguish who superhero is who, but in general, all that goes behind a mix of great action sequences and an intelligent portray of the inner soul of every main character.

On top of that, the cast is sublime: Malin Akerman, Billy Cudrup, Carla Gugino, Jackie Earle Haley… are really into the skin of their characters.

Even when abusing of digital effects, or even living in overcrowded times of comic adaptations, Watchmen is still one of my favorite releases of the recent months. A glimpse of what cinema is about: a fantasy of dreams.

The best:  Malin Akerman in that tight leather dress…

The worst: Rorschach off-voice hammering in your head every few minutes.

The detail:  Same than in the graphic novel, the sentence “Who watches the watchmen” can never been fully seen in the scenes where appears painted around.