Just before Christmas Helsinki got ready for a doses of great hard rock coming from the neighbouring country Sweden.

As headliners, a living legend: Europe! I still remember being just 6 years old and seeing Europe performing The Final Countdown on the national Spanish TV. It was maybe at that time the most popular foreign song heard and sang in Spain during that year… For many children of my generation, the first approach to see and listen to guys with long hair, electric guitars and leather jackets.

I would have never suspected to see them finally for first time in my life 26 years later in Finland, but life always has surprises awaiting for you. The venue was The Circus, and this was also the first time for me to see a concert there. On the positive side, I must say that it is spacious and with great acoustic, and its location in the heart of the city in Kamppi square makes it really easy to reach. On the less good side, the lines to wait at the entrance for giving or taking back your jackets from the wardrobe are pretty chaotic, and ordering a drink can take ages… 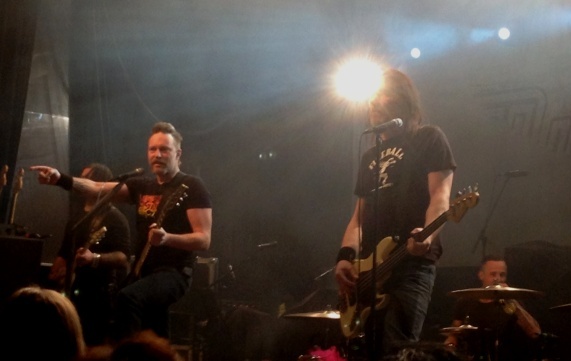 But before Europe, for warming up the environment, we had another great Swedish band that enjoys great popularity in Finlan: Mustasch. Also first time for me to see them live, and I must confess that their popularity is well deserved. Ralf Gyllenhammar and his boys gave a high voltage performance, making the crowd go wild with some of their anthems like Double Nature, Down in Black or 6:36 while the vocalist sprayed the first rows with beer, sharing great chemistry with the audience while trying to say some dirty words in Finnish or inviting some girls around for “funny times” at the backstage. They acted and sounted raw, wild and powerful, like a hard rock band with attitude should act on stage. Even when I was dreaming of seeing Europe live, I must say that at the end of the night, my feelings were that Mustasch had stolen the show.

And it is not that Europe´s concert was bad. Joey Tempest, John Norum and the rest of the band gave quite a decent show, and I certainly got goosebumps listening to some classics that will endure in the history of rock music forever such as Carrie, Rock the Night or of course The Final Countdown that ended the night. But still I noticed that same than for me, for many in the crowd they did not know some of the new songs and also the acoustic part of the concert left the people cold, so in general it was a concert with more up and downs than the previous of Mustasch, where every song was lava from a raging vulcano.

All in all, you cannot ask for much better than this before Christmas. Legends still keeping the flame alive plus one of the strongest current Swedish bands gathering more and more fans in Finland. Santa Claus did not give me a guitar pick as a present, but who the fuck cares when you walk to the bus stop still humming “The Final Countdown” inside your head… 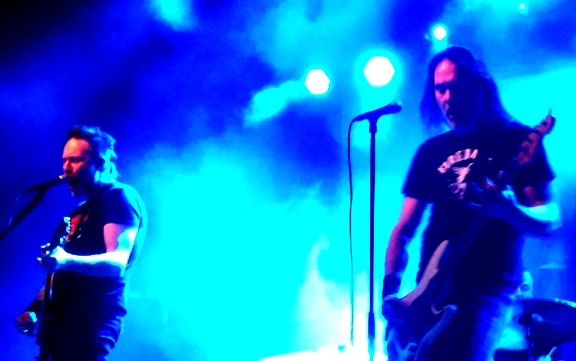 Europe. Setlist at The Circus 2012

Riches to Rags
Not Supposed to Sing the Blues
Firebox
Superstitious
Scream of Anger
No Stone Unturned
Carrie
Demon Head
Acoustic set
The World Keep on Turning
(Fleetwood Mac cover) (John Norum on vocals)
Drink and a Smile
Open Your Heart
Love Is Not the Enemy
Girl From Lebanon
Sign of the Times
The Beast
Rock the Night
Encore:
Prelude
Last Look at Eden
The Final Countdown

Mustasch. Setlist at The Circus 2012

Heresy Blasphemy
Down In Black
Mine
It’s Never Too Late
Deep In The Woods
Bring Me Everyone
6:36
Damn Its Dark
Speed Metal
Parasite
Double Nature
I Hunt Alone