I just assisted to the new edition of the Helsinki Book Fair 2011 (Helsingin Kirjamessut), that as every year, is held at the huge Messukeskus in Pasila.

I had not been there for a few years, and I used to remember it more crowded and with some more stands focused on books; this year a big amount of the space is about music or food and wine (which on the other hand comes quite handy if you need to fill your empty stomach after wandering for a few hours there).

I left a bit disappointed for several reasons. First, the marketing mind of the Finns in their stands could be better. They just sell like if it would be a normal shop, supposedly these fairs should be much more fun for the visitors, with a lot of competitions and prizes, free marketing items and little presents and gifts, etc. I saw almost nothing of that. The fair seems just focused on the appearances of guest writers to be interviewed in public or selling the same books that you find in the shops with almost the same price.

Secondly, it is surprising the lack of books in English or any other language that it is neither Finnish nor Swedish. Well, basically after wandering the stands for three hours, I saw nothing except of a few handful of English titles or books translated into English. And that was everything!

Sure it is a book fair held in Finland, sure that titles in Finnish or Swedish are going to be predominant… but still, it is certainly really poor the offer of books at least in English for putting the most clear example of foreign language, displayed there. Most of the companies that have stands there, at least the big ones, have a section in their usual shops with titles in English. So why are not shown in the fair? It looks like no foreign presence would be expected at all. So is it that the foreigners living in Finland have no right to read books unless they master Finnish or Swedish languages? Or what about the Finns who want to read books in other languages? No, it seems that those target groups are not important enough in the biggest book fair of the country…

It is an interesting topic about the use of English language in Finland that could be discussed much longer. At least in the big cities, English is accepted as a normal language to speak to foreigners, because the Finns recognize the difficulties of learning Finnish language. But that does not extrapolate to popular culture. Offer of books in English is poor, and most of the times, if you buy or rent a DVD, even if the movie was originally in English language, the subtitles will be only in nordic languages. So if many Finns or foreigners would like to read the subtitles in English at the same time than listening to the movie, forget about it…

The happiest point about the Book Fair was that the central point of this year was the focus on Estonian literature, maybe the recent success of “Purge” (that is being turned into a movie directed by Antti Jokinen, these current days being shot in Estonia) by Estonian-Finnish author Sofi Oksanen made the Finns look with more attention to the other side of the Baltic. Estonia is a country that has a special place in my heart, having lived there for 3 years, so I was happy to see that Finnish literature scene were giving them the central stage at the Fair. Unfortunately, once again, the books from Estonian authors could be found only in original Estonian or in Finnish translation… They create a leaflet to advertise the focus on Estonian literature in English and Finnish, and then you cannot find any book with the English translation of the Estonian authors; paradox? 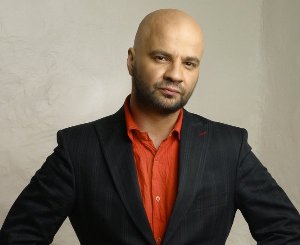 3 years ago Mihkel published the book that every young Estonian citizen wanted to read: “Dirt in your Face”, an autobiographical tale of the rock years in Estonia. Drugs sex and rock & roll in the Estonian way. Now he just published “Blue in the Sky” and is judge of Estonian idols TV show. Bad boys can also sell books! 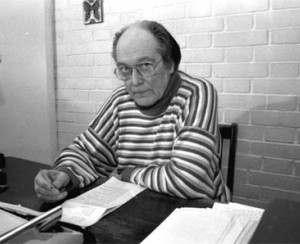 The most popular and international Estonian author, translated in more than 20 languages, he died in 2007. His works are often metaphor of resistance and a call for independency from the Soviet Union. Read for example his 13th novel, “Treading Air”. 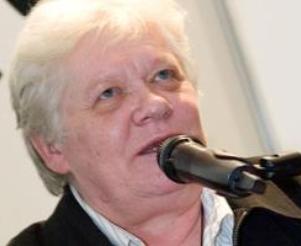 Her latest novel “Plague Grave” accounts to be one of the most important Estonian works ever written. Her books focuse on the psychological aspect of history and the perception in human minds of the key events in Estonia´s recent past. 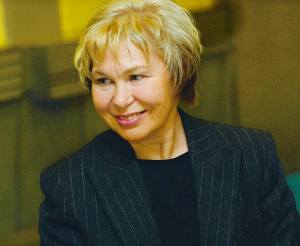 “The Seventh Spring of Peace”, her novel published in 1985, is considered a landmark in the Estonian prose of the past decades. The autobiographical tale offers a powerful description of the sensitive issues of the Stalinist era: deportation. 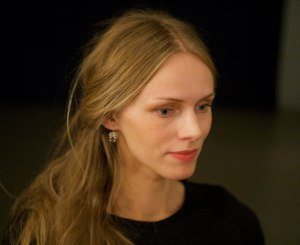 One of the best known poetess of her generation (born in 1977). She uses simple but figurative language. Her poetry also touches a social nerve, rising above the topics of love and nature.