Well, obviously in the last couple of years, TV series have gained a lot of quality, popularity and budget (thanks in great part to the appearance of HBO channel). While when I was a child, the humor on the TV series was more related to theatrical situations, nowadays it is raw, sexy and closer to a Hollywood movie than any other thing.

Relationships and sex have a key role in some of the most successful series of the last years. Is there any young woman who does not list Sex and the City among her favorite TV series in any social network lately? Women and series for women have gained more and more space in the schedule of the big major channels, with the major companies wisely realizing that they are probably the most powerful sector at home (who controls the remote controller, controls the world indoors). 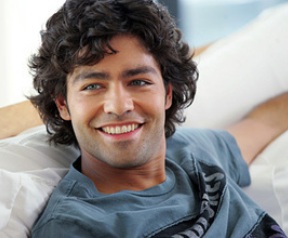 However, because I cannot deny I am a man, I prefer to watch more “masculine” series (not meaning that those series are just for men and women, but certainly they have different target audiences in the producer’s minds). The ones that lately have caught my attention are Californication and Entourage.
I am not going to explain here the plot of every one of those, if you don´t know them, because you can easily check them out in Internet. But among other things, both series share a couple of features: they are full of beautiful women, and they both have characters that seem to get more pussy than George Clooney and Brad Pitt together: Vincent Chase (Adrian Grenier) and Hank Moody (David Duchovny).

Honestly, although I do not complain about the abundant beautiful female presence in both series, it is not one of the main reasons I like them (although obviously I neither complain). I like series with good script, humor and a lot of winks and references to music and cinema; some things that the scriptwriters there had been able to create wonderfully, apart from choosing a great cast. Some of the secondary actors in Entourage like Kevin Dillon or Jeremy Piven are just awesome.

However, although both main characters, Chase and Moody, are always surrounded by beautiful women, there are quite a few differences between both of them. I feel like Moody could be like an older brother or a young cousin that you know it will be fun to go out with to a crazy trip, party or holiday. Even if he naturally attracts women, he is intelligent enough to make everybody have a good time, and apart from the good looks, he always has a witty comment and sarcasm. He does not need to get laid, but basically that makes him get laid. 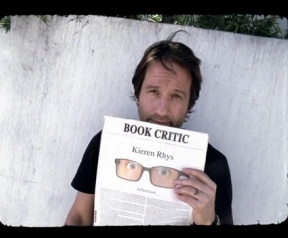 However, Chase is the typical pretty boy who has not read more than 10 books in his life, but has been favored by the gods having great looks and a puppy gaze that uses to “seduce”. Well, he basically does not need to seduce, women just throw themselves at him, and he just needs not to fuck the situation up keeping quiet. It is true that he is caring with his friends and not always shelfish, but he has those strange changes of moods proper of stars that sometimes do not live in the real world. While Moody would become a great experienced partner to hang around, Chase would be the typical case of the “pretty boy” of the gang of friends who would end up making out in the back door with the girl you had been dreaming about all night. But he is so charming that you would forgive him next morning.

Which one do you prefer as a comrade, partner in crime or potential lover, Moody or Chase?