When I was a kid, I was a very good disciplined student. After school I used to go to a private academy to take English and typewriting lessons. There were not many things that would make me skip those lessons, but I perfectly remember one week where I hardly assisted; the reason? I preferred to stay at home totally hooked on reading Pillars of the Earth.

Years later, I have had the pleasure to chat on the phone with my childhood hero writer: Welsh author Ken Follett. If his name does not ring a bell to you, probably you are the kind of person who never steps inside a bookshop. Having reached 4 times in his career the top 1 in the New York Times best selling time, Follett is back in the spotlight with the recent release of his second book (Winter of the World) of his probably most ambitious work so far: The Century Trilogy, that spins around the history of the 20th century mixing generations of fictional and real historical characters. A work that can turn into the cherry on top of the peak to a career full of epic stories. 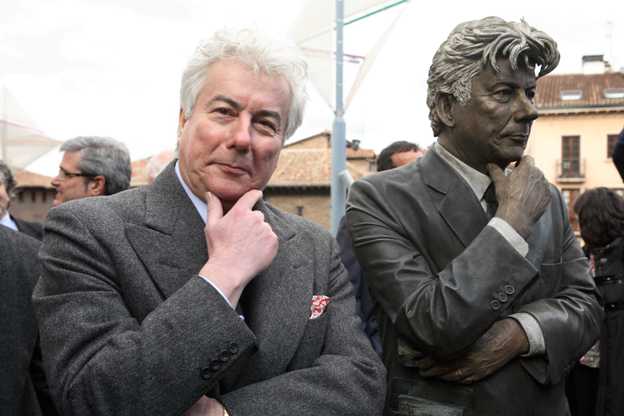 Thank you for your time and for kindly attending us Mr. Follett. For a writer who has sold more than 120 million copies of his books, who even has his own statue in Vitoria… what keeps you motivated to wake up every day and write?

Well, I do not find it difficult at all to wake up in the morning and work. In fact, when I wake up the first thing I am thinking about is the story I am writing. So I do not really need anything to keep me going. This is what all my life is about.

In one past interview I heard you said that you need to read a lot to become a good writer. Do you still have free time to read and learn new things meanwhile working in such a vast work as The Century Trilogy is?

Yes indeed. I read all the time. During all my life, reading has been one of my greatest pleasures, so I would say that the main reason why I read is because I enjoy it, but also by reading I like to see what other writers are doing, writers that maybe do things in a different way than I do things. I find all that very interesting.

I know you use Tweeter often and you keep close contact with your readers. Do you write for pleasing the masses of readers or for pleasing yourself?

I have always thought first about what the audience likes, not what I like. I ask myself questions all the time. Would they like to read this, would they love this character, would they hate this character…? I do not really think about what I like, because what excites me is to commit the readers to the story. Of course I write also about things that fascinate me too so I enjoy them, but my first question is always about the reader, not about myself.

“I have always thought first about what the audience likes, not what I like”

For many other writers, they could have thought that with the great success you already gathered with previous books that they had nothing to prove, and be comfortable working in a smaller project. But with your new The Century Trilogy, is this your most ambitious project so far? Did you have the feeling you still have something to show to the world, a bigger “magna opus” than Pillars of the Earth?

Yes, after writing World Without End, I was very pleased with the way readers responded, it was a huge success all over the world and I wanted to do that all over again. But you are quite right to say that The Trilogy is more ambitious than anything I have done previously, and when I thought about it, I thought it was quite a torturing project… and I thought “Am I good enough? Am I capable of doing this?”  But then I thought “You have to try it”.

Here like in some other of your books, there are love stories that spin through years or decades of separation, overcoming all difficulties until reuniting, etc. Do you believe in love forever, now that we seem to live in the western love in an era when everybody wants fast relations, fast money, fast cars…?

Well, I do not think there is ever one answer to the question about love, if that is what you are talking about. The truth is that sometimes fades away and sometimes lasts for a long time. And both of those things happen in my stories. 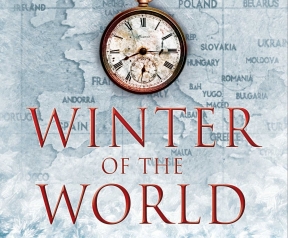 Family is also important in the trilogy, with the new generation of characters from Fall of Giants continuing the story in Winter of the World. Do you think the readers get more bonded to an epic story when following generation after generation?

Yes, I think it does, that is right, because most of my readers have children, and when people have children they tend to think about how they will be like when they will be adults. That is something that intrigues all of us “Will our children and grandchildren be good people? Will they be happy?” and we fear if things could go wrong for them, so when we read stories about families, it is easy for us to share the hopes and fears of the parents for their children and grandchildren.

In Fall of Giants one of the families is Welsh as you, portraying the life in the mines and featuring a strict father as head of that family. It is known you had also a strict childhood. Did you pour a lot of autobiographical content when creating the Welsh family Williams?

Yes, one of the attractions of writing The Century Trilogy for me was the opportunity to write some of it from my own experiences, to write from where I come in south Wales, the religion that they follow in south Wales with which I grew up with… I grew very attracted to the story because allowed me to write about it and I feel very familiar with that part, even though I also had had some problems with it, like with religion itself to the point that I reveled against it. But in general I found it very pleasurable to write about it.

If you could travel in time to a place and time in the history of 20th century, which one could you choose as the most appealing?

Well now… that is an interesting question… (Follett needs a few seconds to think about it). …I guess I would have chosen San Francisco in 1968, hehehe. 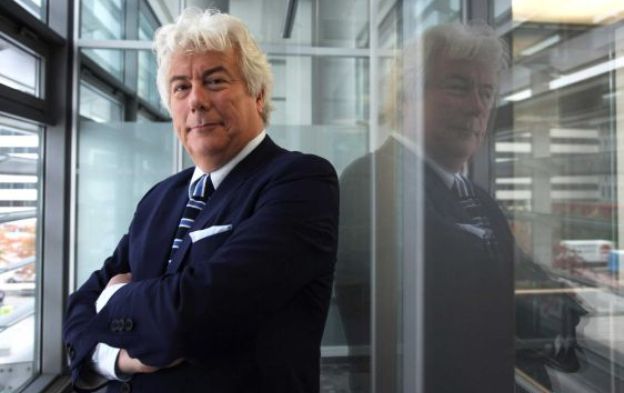 With the real characters, you try to use their own words and speeches etc from real life. How much research is needed before writing every book?

Yes, there is a lot to read, there is a great deal to do, details to research… that is how it works. But I am not complaining, I enjoy it and it fulfills me. I would say I spend around six months in the year planning and researching the book

Once you finish the first draft, who is the first person to read it, is it your wife (Barbara Follett)?

The first person to read it is my all time agent Al Zuckerman, he has been for 30 years now the most important person of all the people who advise me on my books. He is very precise and he is very critical, he is much more critical than my wife; my wife is not so cruel enough, hehehe. My agent does not need to sleep with me so he can be cruel, hehehe.

At the same time that you are promoting the second book, are you already working on the third one of The Century trilogy?

Yes, I am working on the third book and I am on the planning and researching stage. In the last days I have been reading about people who escaped from West Berlin through the wall, I have studied how they escaped, the obstacles they faced, the dangers if they would be shot by the guards and all the different methods and ways they used: there were tunnels… people went over the wall, people used force… many different ways…

You play the bass guitar at the band Damn Right I got the Blues. Would you like in the future to write a book combining your passions for literature and for music?

No, I do not think so. Music gives me great pleasure but I am not good enough to make a living out of it, it is a thing I do for fun but not professionally. And it is quite difficult to write about music, you know, there are not so many good books about music, because the reader cannot hear the music. I think that causes a problem for a book about music.

If somebody would contact you with an interesting story like Ross Perot with On Wings of Eagles, would you accept still to write a book under petition, or now you only write the stories that come from your own mind?

I have nothing to add, I think we covered many topics. I enjoyed talking to you and thank you!