Going for first time to see Greenday live was a kind of sentimental experience for me. Greenday and Offspring were those bands that introduced me and my friends to punk rock (or at least the softer side of punk rock). Being honest, although I own their latest album 21st Century Breakdown, I have not paid them any special attention through the last years. And being also honest, I was gladly surprised with their performance in Helsinki. I dare to say that it is the best gig I have seen so far this year, so it is a real pity that en the end several thousand of tickets remained unsold. At least the first 2/3 of the concert, where the band was powerful, fun, with a great sound and very interactive with the audience. 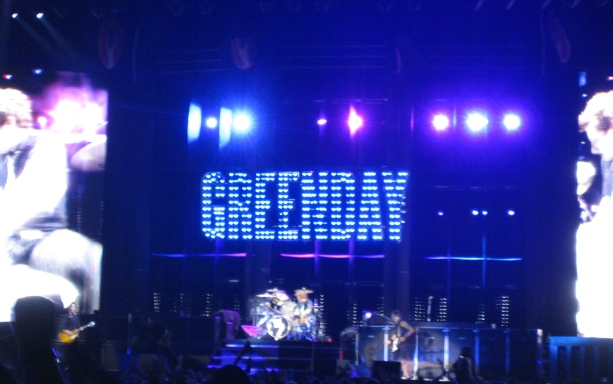 Greenday invited people from the first rows to share the stage singing, jumping from the stage, kissing, hugging… even the most tender moment was when singer Billie Joe Armstrong got on his knees to declare his love for a little Finnish child who got scared with the fireworks around. Armstrong did not lose the chance to fire the audience with water guns or throw t-shirts with air guns 100 meters away. And of course, among the interaction, a great collection of tunes. After 15 years not visiting the Finnish capital, the band was feeling like they owned something, and they went full steam to make the audience happy. Classics like Boulevard of Broken Dreams, Longview, Basket Case… and also time for teasing the fans with covers like Ironman from Black Sabbath, Highway to Hell, Sweet Child of Mine, Hey Jude, Shout (where the band appeared disguised, with drummer Tré Cool switching positions with Armstrong and stealing the show with a very funny dance). 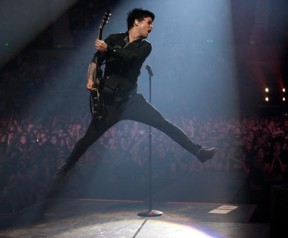 The only thing that I would have changed is not playing the acoustic part of the show at the end in the second encore, reserving for example some more powerful classic for putting the cherry on top of the cake. All in all, Greenday showed during the almost 3 hours of an amazing show that they know how to connect with their fans (at least with those who can forgive them to have switched to more commercial melodies), and make it worth the money spent on the ticket.