Many people were as excited to see the opening bands, Gojira and Fear Factory, as for seeing Metallica itself. The legendary American metal band had given their last concert in Tallinn 4 years ago in front of a massive audience of 90.000 souls, but this time, it was going to be something different, in a close stadium, Saku Areena, with the 360 degrees stage in the middle. 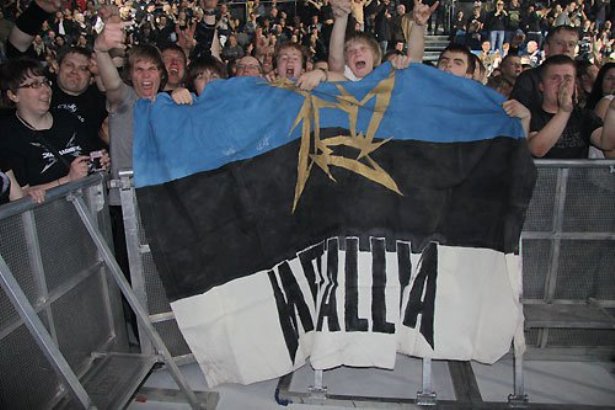 And actually, although the set list they played 4 years ago was amazing, I enjoyed this concert more. The stage gives the chance of much more proximity with the band, and you always have a member walking around in front of you. Honestly, I am not much into Gojira and Fear Factory, so although obviously part of the audience was very pleased, and other part felt like their style was quite different from Metallica, I dedicated myself to the healthy sport of sipping a cold glass of beer.

I have to say also that I have not paid much attention to their latest album Death Magnetic, so although it is a great comeback for the band, and made the audience vibrate at the beginning with tracks like That Was Just Your Life or The End of The Line, for me, the really exciting moments were when they played classic tunes like Harvester of Sorrow, Fade to Black, Sad but True, One or Master of Puppets. Unfortunately, opposite to their gig in Riga, they did not play For Whom the Bells Toll, but this was compensated with The Unforgiven, a very special song for me, because it was basically the one that introduced me to Metallica when I was a teenager.

James Hetfield was especially talkative with the audience, and the all the band in general seemed to be happier on stage than in previous occasions, probably a result of the success they have achieved with Death Magnetic. The lightning and special effects all through the concert were matching perfectly, not going over the top, but just helping to create an unique atmosphere, and even the sound quality was better than expected. 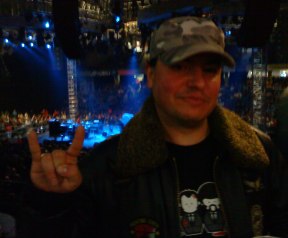 As it was to be expected, the band left the stage after Enter Sandman for a great encore with the cover from Misfits Last Caress, Whiplash and the ending Seek & Destroy. At the end, hundreds of guitar picks thrown to the audience (I got 2 of them luckily for my personal collection), and even Lars Ulrich stayed a bit longer talking to the audience and reading a poster some fans have written for him.

In general, the band sounded powerful and left a good taste to the fans. For some moments, I would even say that at the start of a couple of songs they were even a bit sloppy, but that was actually not a minus, but a feeling that you were listening to a more authentic band that enjoys facing the fans. Maybe they do not create masterpieces like in their first period, but certainly, no one can´t deny that Metallica can still give a hell of a live show!