Everything Madonna does is surrounded by polemic, so obviously expect an avalanche of different reactions with her first film as director…

I have read a bunch of bad critics against this movie, and just after watching it I think they are not well deserved. Many people wanted to criticise the movie just for being directed by Madonna, more than paying attention to its content. And truly, although it is not a masterpiece, it is in some way “surprisingly” good, a very decent movie for a novel director (no matters if called Madonna or any other name). 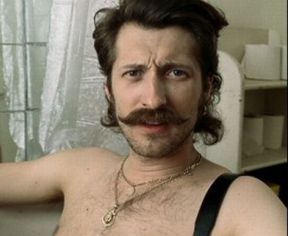 The film is risky but it does not go over the top. It plays with sexual content, but nothing too explicit, having the main focus on the twisted human relations around three flatmates who share a house in London.  The real star of the movie is the singer from Gogol Bordello Eugene Huntz. A few weeks ago I saw his astonishing performance in Everything is Illuminated, where he literally steals the show, and here he does the same. His charisma in front of the camera is notorious, and I really hope he will be offered more good roles in future productions to continue exploding his talent.

Although the rhythm of the film has some ups and downs, with some brilliant moments and some other boring ones, all in all, it is worthy to watch. Maybe Madonna won´t reach the level of her ex-husband Guy Ritchie, but she achieves a good movie; nothing to be ashamed of for the queen of pop.

The worst: Some people are not going to give a chance to the movie just because of the name of the director.

The detail: The DJ at the strip club appears also in Guy Ritchie´s previous movie Snatch.