The Sounds at Allas Pool, Helsinki

Indie music label Fullsteam celebrated its 15 year anniversary with a very special gig at an amazing location: Swedish band The Sounds playing at Allas Pool in the heart of Helsinki in Katajanokka district.

Finnish music scene has a lot to thank the irruption of Fullsteam in the business in Finland, a company that brought fresh air to a scene dominated mainly by heavy metal bands and has gained the hearts of a new generation of music lovers with a more diversified taste for pop rock style. To put the cherry on top of the cake, they organized a very pleasant event at Allas Sea Pool. 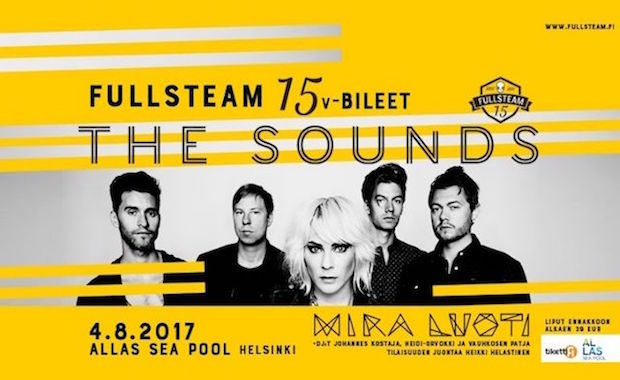 Allas Pool is a new public swimming pool that opened last summer in the heart of Helsinki, in front of the presidential palace, in a very exclusive great scenario just close to the sea where you can have a swim while watching the big ferries departing to Tallinn and Stockholm. From the Swedish country came the main act of the night, The Sounds, with Mira Luoti previously opening as performer the summer night where miraculously the weather respected and did not rain until the show was over.

The concert was a pleasant way to start a Friday evening, young hipsters Finnish fans were mixed in the crowd with some more older followers, almost everybody with a drink on their hands to warm up a weekend night out in the Finnish capital. The concert itself can be considered as a warm up for the incoming Flow Festival that will take place this next weekend with a great array of artists for all tastes, a festival that closes symbolically the music summer season in Helsinki (yes my friends, winter is coming…and summer did never fully arrive this year). 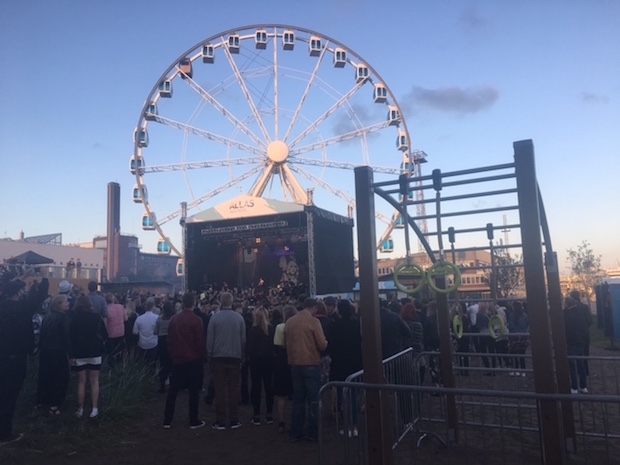 The Sounds delivered with their easy going attitude and happy music and put everybody’s mood in high levels, with their attractive blonde singer Maja Ivarsson hyperactively moving from one side to the other of the stage, teasing the audience constantly lifting her summer dress to show those long legs that turn crazy both men and women in the audience. Mood got at its highest with their huge hit Living in America, and although alltogether with the encore, the concert did not last too long, everybody seemed to be leaving the venue satisfied in search of night adventures or for a good rest before Flow Festival comes to town.

15 years of Fullsteam and hopefully another many more to come to continue bringing a fresh breeze to the Finnish music scene!

Song With a Mission

No One Sleeps When I’m Awake