Kuressaare, An Island Full of Miracles

Estonia is the country that lies on the eastern shores of Baltic Sea. So over the years, the Estonian culture was influenced by the adjacent areas, such as Finnic, Baltic, Slavic, Germanic peoples, but also from Sweden and Russia who have brought major contributions to cultural development of Estonia. Looking through the geographical location, and the influences received for decades, many Estonians consider themselves a Nordic people rather than Baltic, and they also have arguments to support that choice, such as Estonian language is similar to Finnish language and the Estonians as a ethnic group are a Finnic one. Even Swedish Ambassador Mr. Dag Hartelius who gave a speech on Estonian Independence day, on February 24, 2009 considered Estonia “A Nordic Country”. In terms of music, Saxo Grammaticus, the famous Danish historian,(the author of first full history of Denmark, known also as Saxo cognomine Longus), talks in his book “Gesta Danorum”, about the Estonian warriors who were spending the nights singing while they were waiting for the battle. Same warriors who were also known under the name of Eastern Vikings (Estonian pirates). 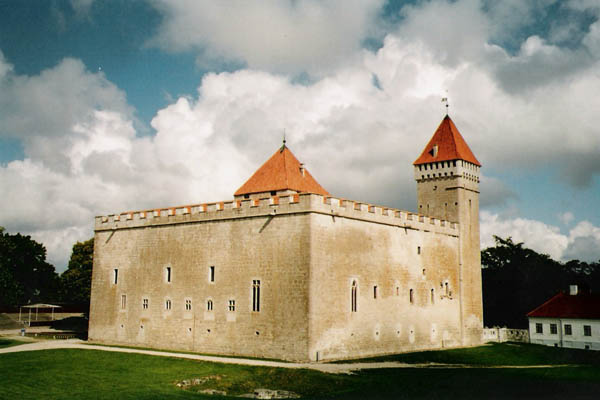 Saaremaa, the largest island of Estonia, it was the home of notorious Estonian pirates. “The Livonian Chronicle of Henry”(a document describing historic events in Livonia, today`s inland Estonia, north of Latvia and surrounding areas from 1180 to 1227) talks about a fleet of 16 ships and 500 Osilians ravaging the area that now is southern Sweden, then belonging to Denmark. The island name`s means “isle`s land”. In old Scandinavian sagas, Saaremaa is called “Eysysla” and in Icelandic sagas “Eysýsla”. Saaremaa forms the main barrier between the Gulf of Riga and the Baltic Sea. To the south of it is the main passage out of the gulf, the Irbe Strait, next to Sõrve Peninsula, the southernmost portion of the island. In Medieval times islanders were crossing the strait to form fishing villages on Livonian coast, in particular Pitrags village. The capital of Saaremaa is Kuressaare.

Kuressaare is situated on the coast of of Gulf of Riga and its first name was Arensburg. The names was changed in 1918(after Estonia has declared its independence from Bolshevist Russia) in Kuressaare. It first appeared on maps around 1154. The town breathes history in every way possible. In Kuressaare was born the famous romantic painter Eugen Dücker (1841–1916) who was the teacher of a great Norwegian landscape painter Adelsteen Normann, (who studied with Dücker from 1869 to 1872). In Saaremma, the visitors can also find Kaali, a small group of meteorite craters, from which they started many legends, all collected by Lennart Meri in his book “Hõbevalge”. The largest of the craters measures 110 metres in diameter and contains a small lake known as “Kaali järv” (Lake Kaali). Kuressaare is also the host of Saaremaa Opera Days, that takes place in the medieval Episcopal Castle of Kuressaare, this year during 16th and 22nd of July. The first documentation about the castle has been found in Latin texts written in 1381 and 1422. Today, the castle houses the Saaremaa Regional Museum, besides the festival. Some sources say that the castle was built in wood between 1338 and 1380, although others claim a fortress was built in Kuressaare in early 1260.

Saaremaa Opera Festival is the first opera festival in Estonia and it was held for the first time in 1999. During the years, the festival became one of the major opera festivals from Europe, having more than 1,000 people coming from near and far to enjoy the extraordinary music. Festival owes its existence to Ludmilla Toon, a music teacher and choir conductor. This year`s edition will be a true spectacle of beautiful voices and world-class singers. The schedule includes Monica Groop (a Finnish operatic mezzo-soprano who made her operatic debut in 1987 at the Finnish National Opera; she has sung leading roles as a guest artist with important theatres such as: the Los Angeles Opera, the Palais Garnier, the Royal Opera London and many others), Modest Petrovich Mussorgsky’s “Borris Godunov” performed by one of the most famous and interesting theatres in the world, Moscow Helikon-Opera (the artistic diresctor and founder of the theatre Dimitri Bertman has already staged more than 90 performances in Russia, and abroad, including Spain, Austria, Estonia, France, Germany, Ireland, New Zeeland and Denamark), Koit Soasepp (Estonia/Finland), “The Barber of Seville” and “Rasputin”(Moscow Helikon-Opera), Domenico Gaetano Maria Donizetti’s “Maria Sturda” performes by Vanemuine Theatre and many other surprises. 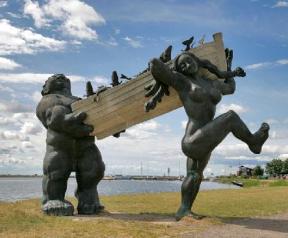 During the festival, Kuressaare is no longer a simple town, it becomes a dream.This is exactly is the feeling you will experience. Each spectacle is unique in style, performance, emotion and energy, and everything takes place in a wonderful setting that we find it only in fairy tales. In a corner of paradise left in a world that has forgotten to dream. During the festival the world stops, the nature takes a break from development, all the windmills on the island are participating in the festival and capturing people’s emotions and feelings, all under a divine sign, turn the island into a fairy festival. While listening to the music, you can see the leaves crying beauty and the sun going dawn kissing the sea spreading an explosion of orange light that make you feel like the sky is burning.

There is something even more beautiful on this island if God: the old and unwavering lighthouse. The majestic lighthouse that guards the island and that`s waiting for you at the end of a sandy path that separates the sea in two. While you`re heading to the lighthouse you`ll hear the waves breaking at your feet slightly shy. The small beach and the sea breeze fill the landscape with the bluest sky you`ve ever saw. And when you finally get there, you`ll see it. The eternal unlit candle designed to ensure the island forever.

You will be surprised by the emotion and the beautiful peace caused by the inside and the outside together. Everything is a dream waiting for a miracle.