Interview with Hendrik of Popidiot

Popidiot is a Estonian-Finnish band that maybe turned to be the biggest surprise in Estonian music scene in the last months. Using a light electro-pop with catchy lyrics, the band has gained the heart of thousands of fans in Estonia and is receiving excellent critics from Finland. We had a nice talk with Hendrik Luuk, one of the core members of the band, sitting in a bar terrace in Tartu, city where he lives and works, and trying not to be devoured by the hordes of mosquitoes around us!

Hello Hendrik and thanks for meeting us! How did you start with the band?

I think we started 6 or 7 years ago. I am doing the band with a Finnish guy. We met at the medical building where Matti (Juhani Peura) was studying medicine, and I was doing my Master´s Degree. I met him there and I found out that he is fond of doing electro music and then I told him that let´s try to do something together and that is where it started.

Is he still studying medicine?

He finished, he is not working in Finland for 2 years.

So how do you manage to work on the band at distance? 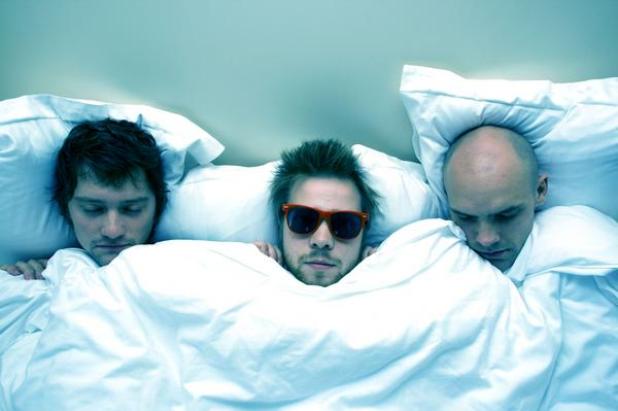 Is Rein Fucks, the guitar player, living also in Tartu?

The guitar player is in Tallinn, Matti is in Helsinki and I am here in Tartu. So we all 3 are in separated cities!

Who came up with the name of the band?

Matti came up with this, and it was that we were trying to think what kind of music we should make and then the idea was that it should be like pop music but with some kind of an edge, so to stand out from the “boring” pop, so there came “PopIdiot”.

So you and Matti are writing the lyrics and making the music and then you joined forces with Rein Fucks that has Sekssound records.

Yes, he is actually the songwriter for Villafrogs that it is the band he started, and then when we released our first albums, Rein took care of distribution.

For you, being quite a young band, how do you see the general scene in Estonia. Is it difficult for new bands to play?

It is actually very easy for new bands to play, at least for finding gigs. We are not competing with those very big top bands which play the summer tours, but yeah, it is very easy, there are not many people, there are not many bands and the kind of music we make, you could say that there is no other band like this in Estonia.

So apart from playing you have other side jobs.

Well, I am mostly working in the lab at Univesity, doing Biology research, and then I work sometimes in the studio and now my friend Mart and other people have started Pling Plonk Club.

Our second album is more mature- Hendrik of Popidiot –

What other bands in Tartu or in Estonia would you recommend to the foreign listener?

Your debut album was 111 and now you have recently released your follow-up album, Antenna of Love. How would you define them, are both albums similar or different?

I think the second album is more mature, the first was more about exploring different sounds, different styles, and the second one is more “one piece”.

It was released the Independence Day 24th. Did that have any special meaning?

Well, it was planned to be released, because in Estonia is a big day, and we thought “why not”, because of course the release of our second album was a big thing for us too. 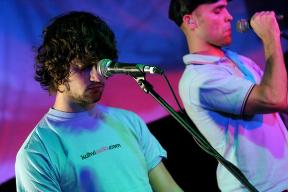 You played some months ago in Tallinn Music Festival and I read good reviews from Finnish journalists. Have you had in mind to go there to play more often, in Finland?

We are trying to get some contacts, but at the moment we do not have any specific deal, hopefully something in the autumn, because this company, Stupido Records, released our album there, and something could come with them.

Do you think that in the future you could live on only with your music?

I think it would be very tough, at least at the moment, our band is not at the level to enable us to live from it. And we have invested a lot of time and effort in our other careers, Matti is a doctor and I am a scientist, so I think it would be better if we could keep these both things growing.

Do you see any differences between the music business in Finland and here?

I guess there is more competition in Finland. The bands are better produced there, the songwriting is also better but in Estonia the whole thing is pop music, it started in the 90s with the new generation, in the Soviet times there was not much going on.

You compose in English and 1 song in Estonian. Have you though to compose in Finnish?

English is the easiest language, we both managed for singing and writing, Matti does not feel very comfortable in Estonian although he can speak it very well, so English and Estonian is our common ground. We made this Estonian song to make collaboration for Eurovision Song Contest and it turned out that singing in Estonian works pretty well, people like it and connects more directly.