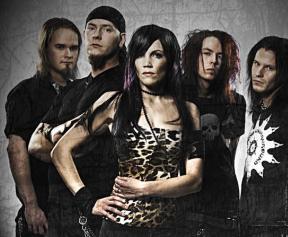 After listening to Vivere, you cannot really say that there is anything wrong with it. The record is an acceptable collection of good heavy metal songs, with the female vocalist, Elina Iron, doing a decent job with clean and powerful vocal skills. The production has been taken care of by the omnipresent Hiili Hiilesmaa, so that is almost synonym of good quality.  But there is “something” missing here. There is no hit that can be highlighted as the definite one that could break the ice internationally. The sound is maybe a bit more aggressive than in their debut album, released a couple of years ago, (listen for example The beast), but there are so many similar bands nowadays in Finland (metal bands with female singers such as Nightwish, Amberian Dawn, Manzana, etc) that makes really complicated for a band to stand out unless they offer something really fresh.

All in all, a good album of metal, but after giving it a couple of tries, it can happen that you start to look for other new bands (or re-listen to the classics).